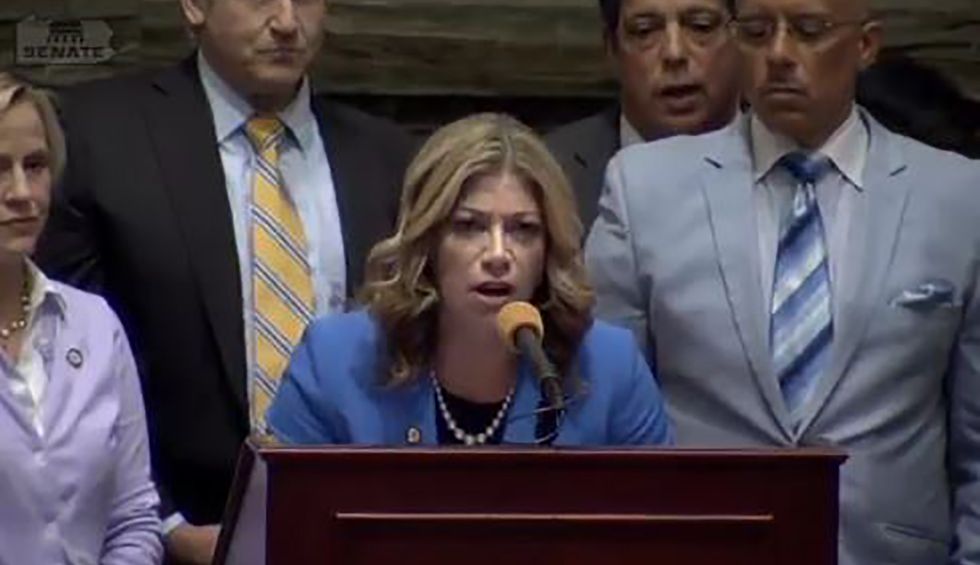 The PA General Assistance Program, which the house voted to end last week, provided roughly $200 a month to about 11,095 of the state’s poorest residents, including many who don’t qualify for other assistance programs or are waiting for approval, Penn Live reported.

The most explosive moment of the debate came when Republicans called for a vote, but Lieutenant Governor John Fetterman instead allowed another Democrat – Katie Muth – to stand and read a letter from a beneficiary of the program.

As Muth tried to read, Republicans – including Republican Majority Leader Jake Corman – began to scream over her….

Despite the ruckus, the senate ultimately managed to bring the bill to a vote, deciding 26-24 to pass the bill to end the program. Two senate Republicans voted with Democrats to oppose the bill.

Fortunately, Pennsylvania’s Democratic Governor Tom Wolf is expected to veto this cruel bill that would have been signed into law if fewer Democrats had turned out to vote in Pennsylvania. A reminder that elections, including state elections, have consequences, and lives depend on electing brave Democrats like these up and down the ballot, to defend us all from Republican cruelty.