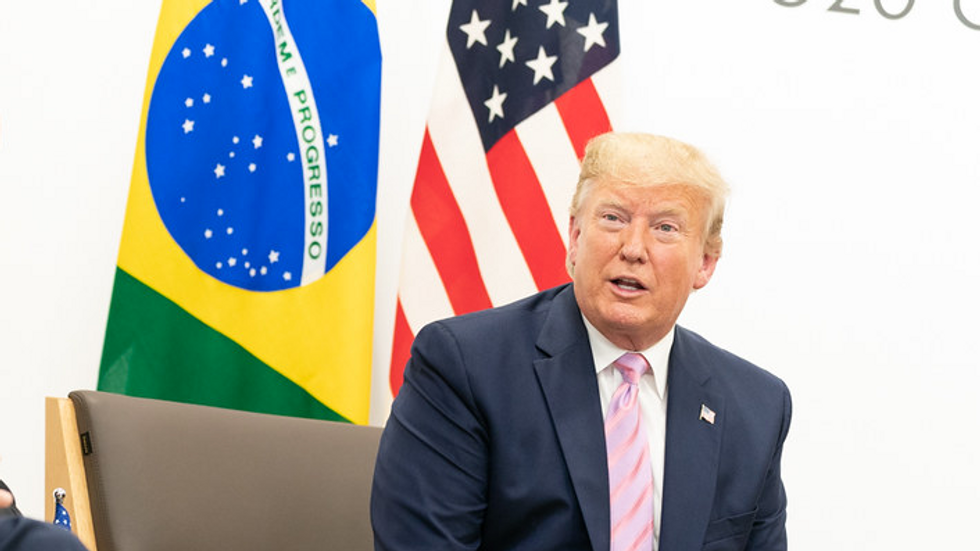 Attorneys for the Trump administration completely reversed course on the controversial Census citizenship question Wednesday in a discussion with a federal judge. Though officials had said the question would be dropped after a ruling in the case from the Supreme Court, President Donald Trump tweeted Wednesday morning that he was still going to press the issue, and later in the afternoon, administration lawyers said they are examining their options for including the question in the 2020 survey.

Judge George Hazel was frustrated with this abrupt change brought by a presidential tweet and instructed the lawyers to explain the administration's plans by Friday. And during the phone call, a transcript of which has been made public, two lawyers working on behalf of a group who brought a case looking to disqualify the question expertly skewered the president's position on the matter.

Ben Duke of the law firm Covington & Burling said that the administration's claims that it is reviewing its options for the Census going forward blatantly contradicted its previous claims:

Could we ask what happened to the Government's repeated representations, including to the United States Supreme Court, which the Supreme Court relied on, that June 30th was an absolute deadline and that they needed to have this finalized and to move forward as of that date? Because what we've now heard from the defendants is that that wasn't true, that they now think that they can even dither over the July 4th weekend and ask for more time to examine this and possibly make a further motion to the Supreme Court for instructions on how to eventually undercut what the Supreme Court has already decided. It is completely inconsistent with the positions that they've been taking.

Denise Hulett of the Mexican American Legal Defense and Educational Fund noted that Trump's effort to keep raising the issue, even when the deadline has already passed, continues to do harms to the plaintiffs in the case. She also noted that Trump's recent claims about the question were "nonsensical":

The President's tweet has some of the same effects that the addition of the question would in the first place and some of the same effects on the 18-month battle that was just waged over the citizenship question. It leaves the immigrant communities to believe that the Government is still after information that could endanger them. If you add that to the interview that the President did, sharing that his reason for wanting the citizenship question on the form was so that the Government could distinguish between citizens and illegal aliens and how nonsensical that is, it has the effect of leading the public to believe that the Census is not only after that information but is willing to violate some of the provinces of protection that our plaintiff organizations have been trying to reassure communities about.

She was referring to comments Trump made on Monday to reporters in the Oval Office. He said he cared about getting the citizenship question on the Census because it is necessary to “find out if somebody’s a citizen as opposed to an illegal.” However, the question only asks about citizenship, not lawful status in the country, so his claim was, as Hulett said, "nonsensical."