'Nobody has any f—ing idea': Trump officials are reportedly baffled as the president goes rogue in Census tweets 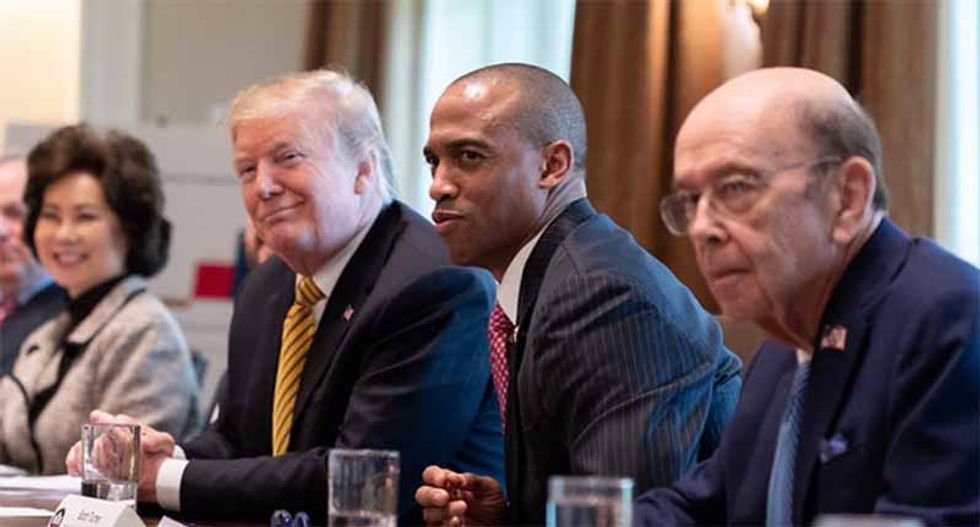 When the Trump administration announced Tuesday that it would proceed in creating the 2020 Census without a question about citizenship in light of a recent Supreme Court ruling, many Democrats hailed it as a major win. But in a sign of the chaos underlying the administration, Trump seemed to quickly reverse positions on Wednesday in a tweet:

The News Reports about the Department of Commerce dropping its quest to put the Citizenship Question on the Census… https://t.co/93mOeniO05
— Donald J. Trump (@Donald J. Trump)1562166400.0

The accusation that the news reports are "FAKE" was a complete distraction, because it was administration lawyers and Commerce Secretary Wilbur Ross who said explicitly that the Census Bureau will begin printing its forms without the citizenship question included. The administration had previously said that the Census forms must be "finalized" before the end of June 2019.

Fox 5 reporter Mike Sacks suggested that the administration may be trying to cover all its bases, printing forms now while also pushing forward with an effort to include the citizenship question and potentially print revised forms at a later date. However, a new report from the Wall Street Journal found that administration officials were baffled by what Trump was talking about in the tweet:

The president’s portrayal of the status of adding a citizenship question to the census also confused officials in his administration and advocates for adding such a question, people familiar with the matter said. “Nobody has any f—ing idea,” one of the people said, asked what the president’s tweet was referencing. The person described the tweet as “meaningless.”

This suggests not some master plan at work, but a chaotic administration struggling to act coherently.

Similarly, on Monday, Trump displayed the disconnect between him and his administration's case advocating for the citizenship question. He told reporters that the citizenship questions was necessary to “find out if somebody’s a citizen as opposed to an illegal.” But the question itself had nothing to do with unauthorized immigration, just citizenship; it would tell the government nothing about the number of people in the country without permission.