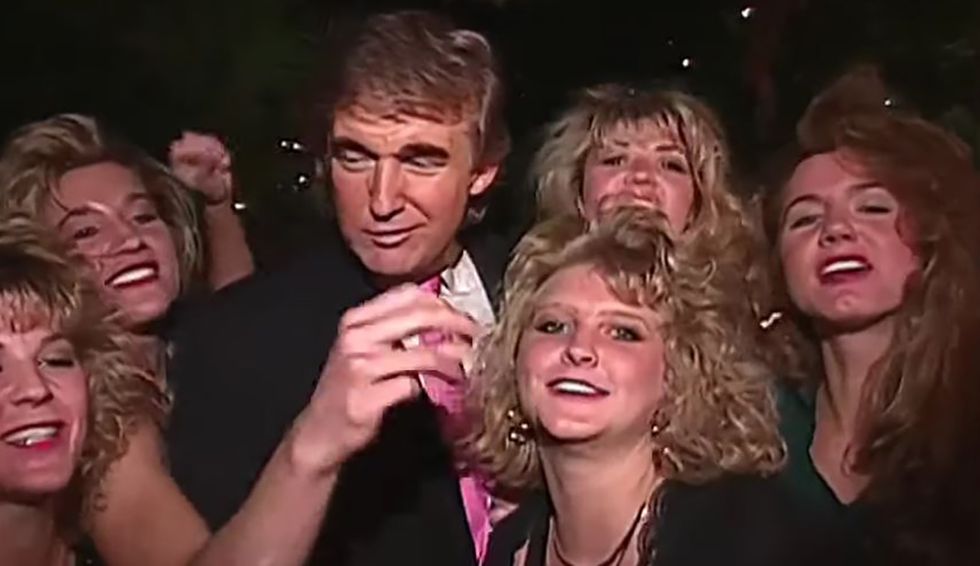 The video recorded by NBC and broadcast Wednesday by MSNBC shows Trump, then a celebrity businessman, dancing with dozens of cheerleaders for the Buffalo Bills and Miami Dolphins, and then greeting Epstein and two other men.

Trump and the accused pedophile Epstein are then seen pointing toward various women and commenting on their looks, although it’s not always clear what they’re saying.

“She’s hot,” Trump says about one woman, and then leans in to say something that makes Epstein double over with laughter.

Epstein was arrested on sex trafficking charges earlier this month, after a series of Miami Herald reports revealed details of a non-prosecution agreement struck in 2008 with then-U.S. Attorney Alex Acosta, who resigned last week as Trump’s secretary of labor.

Trump has tried to downplay his friendship with Epstein, a well-connected financier, but this video and other evidence, including flight logs and photographs, show the two spent a good deal of time together in the 1990s and early 2000s.

“I’ve known Jeff for fifteen years,” Trump said in 2002. “Terrific guy. He’s a lot of fun to be with. It is even said that he likes beautiful women as much as I do, and many of them are on the younger side.”