Miss Michigan was stripped of her title for 'offensive' and 'inappropriate' tweets. She just joined the Trump campaign 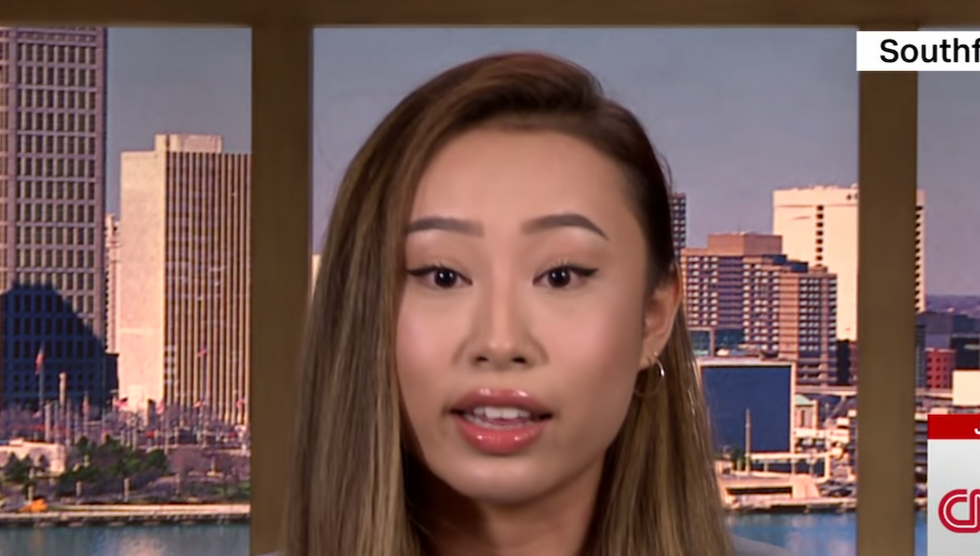 Getting criticized for having offensive tweets doesn't appear to be a detriment for President Donald Trump's re-election campaign. In fact, it may be an asset.

That's the message that was sent this past week when Kathy Zhu, formerly Miss Michigan of Miss World America, joined the campaign's Women for Trump Coalition Advisory Board.

Zhu came into the spotlight recently when the Michigan state director of the pageant told her she was being stripped of her title for what was considered "offensive, insensitive and inappropriate" social media posts that "violate the organization’s rules and conditions.”

The New York Post reported on two of the tweets in question:

“There’s a ‘try a hijab on’ booth at my college campus,” Zhu wrote as a freshman in Feb. 2018. “So you’re telling me that it’s now just a fashion accessory and not a religious thing? Or are you just trying to get women used to being oppressed under Islam?”

In the other tweet mentioned by MWA, Zhu wrote, “Did you know that the majority of black deaths are caused by other blacks? Fix Problems within your own community first before blaming others."

Zhu has defended these tweets, implying that the tweet about the deaths of black people couldn't be "insensitive" because it was "statistical." However, she has also made clear that the second part half of that tweet demands that black people shouldn't call out police abuse, which is both a non sequitur and displays, at best, indifference to the deaths of black people. She said criticism of the other tweet was about her "refusal to try on a hijab," clearly ignoring the fact that she conspiratorially suggested that a friendly campus booth was "trying to get women used to being oppressed under Islam."

But none of this mattered to the Trump campaign, of course.

Quite shrewdly, in fact, Zhu framed the stripping of her title as "prejudice views against people with ‘different opinions.'" This plays into the favored conservative narrative that right-wing beliefs are a target of oppression in United States, rather than a justification for much of the actual oppression that happens in the country — all of which is much more severe than not getting to wear a crown.

This makes Zhu, then, a quite ideal spokeswoman for the Trump campaign.