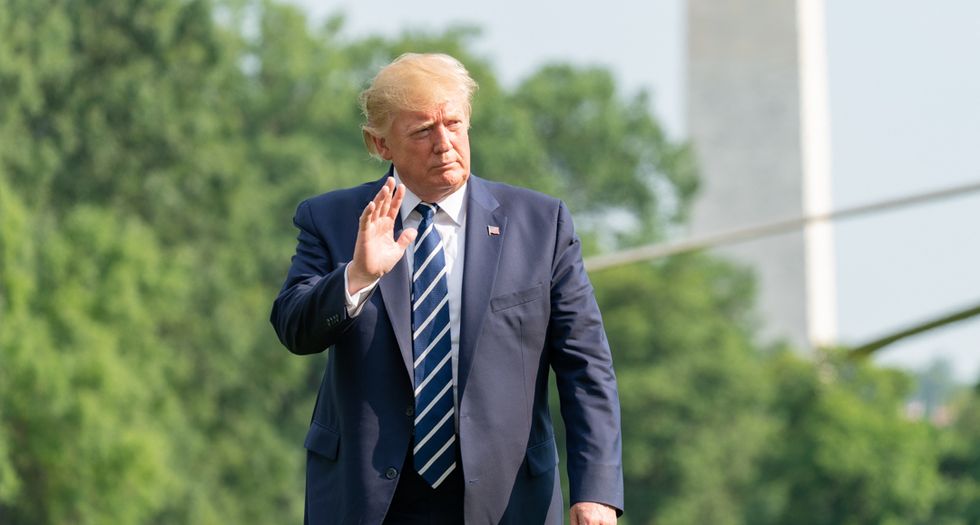 During his testimony before Congress on Wednesday, former Special Counsel Robert Mueller reiterated that the U.S. Department of Justice has had a policy against prosecuting a sitting president prevented him from even considering charging Donald Trump with a crime. But Illinois Rep. Mike Quigley, one of the Democrats who questioned Mueller, posed an interesting question: what if a president serves beyond the statute of limitations for a crime?

That question, according to Fordham University law professor Jed Shugerman, was one of the most important parts of Wednesday’s hearing.

Mueller, responding to Quigley, admitted, “I don’t know the answer to that question.” And Shugerman, on Twitter, described that Mueller/Quigley exchange as groundbreaking.

“Pundits say no new legal ground today?,” Shugerman tweeted. “Wrong.” And the Fordham law professor went on to say that Quigley “set up a new legal argument for impeachment: the statute of limitations means a president could be permanently above the law.”

Impeachment, Shugerman asserted, “could be the only opportunity to hold (President Donald) Trump accountable or even accuse him.”

Jennifer Taub, another law professor, responded to Shugerman’s tweets and noted that the “statute of limitations” for obstruction of justice “could run out” if the president is reelected in 2020 — which means that Trump “will be above the law if Congress fails to begin impeachment proceedings now.”

@ElieNYC As friend @jedshug reminds us, and as discussed today at the hearing, given the statue of limitations on o… https://t.co/ZP8VEBYIsO
— Jennifer Taub (@Jennifer Taub) 1564002423.0

Appearing on MSNBC, former federal prosecutor Mimi Rocah noted Shugerman’s impeachment and statute of limitations arguments and stressed that if Trump is not impeached and wins a second term, “he, literally, will be above the law…. If he is reelected, he is not going to get charged with any of this.”

@Mimirocah1 just cited my Impeachment argument on @NicolleDWallace @msnbc: Because the statute of limitations will… https://t.co/VNE4PObN7x
— Jed Shugerman (@Jed Shugerman) 1564002693.0