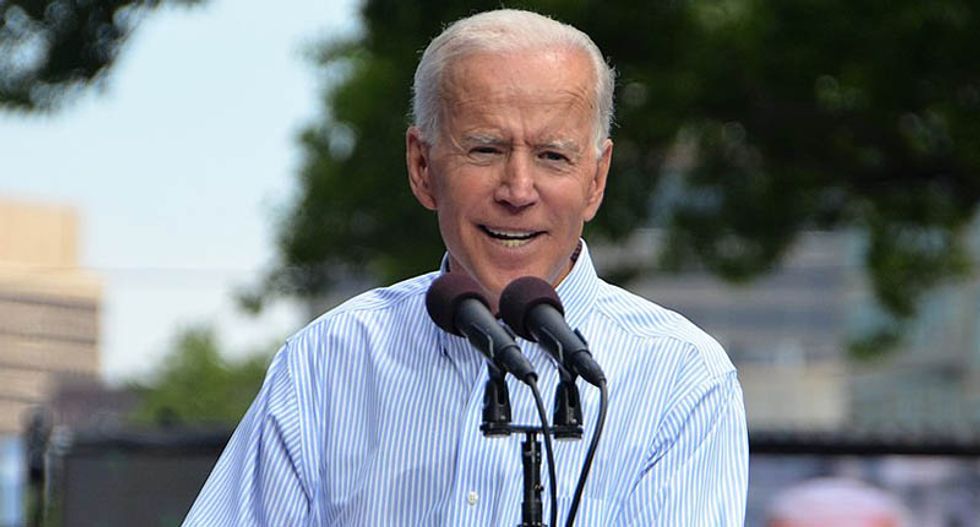 Joe Biden, after committing the unforced error of bragging about his decades-old ability to make friends and work with segregationists, doesn't think that his decades-long records hould be an issue in 2020.

“This is kind of a new thing, you know we’re going back 40 or 50 years now to a vote,” he told reporters in Iowa Thursday. “I’m not going to go back and talk about the record of anyone from 10, 20, 30 years ago,” Biden said, adding that “everything is lost in context.” A new kind of thing. Yes, never before in American politics has a former officeholder's and would-be president's voting record been used against him.

Since, in this case, the context is segregation and busing and Sen. Kamala Harris referencing Biden's brag—in this campaign—that he worked well with segregationists (who weren't so bad because they never called him "boy"?), that's an awfully hollow defense. And, again, he's the one who started this in the first place, by invoking his past history.

That Biden believes it's a good idea to run on his ability to work with racist Republicans is one part of the very big problem he has running 2019. He's running like it's the 1990s, the defining period of his political work. (Sure, he was President Obama's vice president, but since the only thing he did of note in that role was help Mitch McConnell undercut Obama and Senate Democrats, it really doesn't count.)

He wants to run on his long experience, but he doesn't want the low points of that long experience (of which there are plenty) to be fair game in this primary campaign. That's not how any of this works. If he made it through the primary, that attitude would prove disastrous in the general election against Trump.

Here's how North Dakota plans to spend $1.25 billion in federal COVID relief — no, it's not on public health