'It's just sparkling racism': Internet mocks the hell out of the New York Times for describing Trump's comments as 'racially infused' 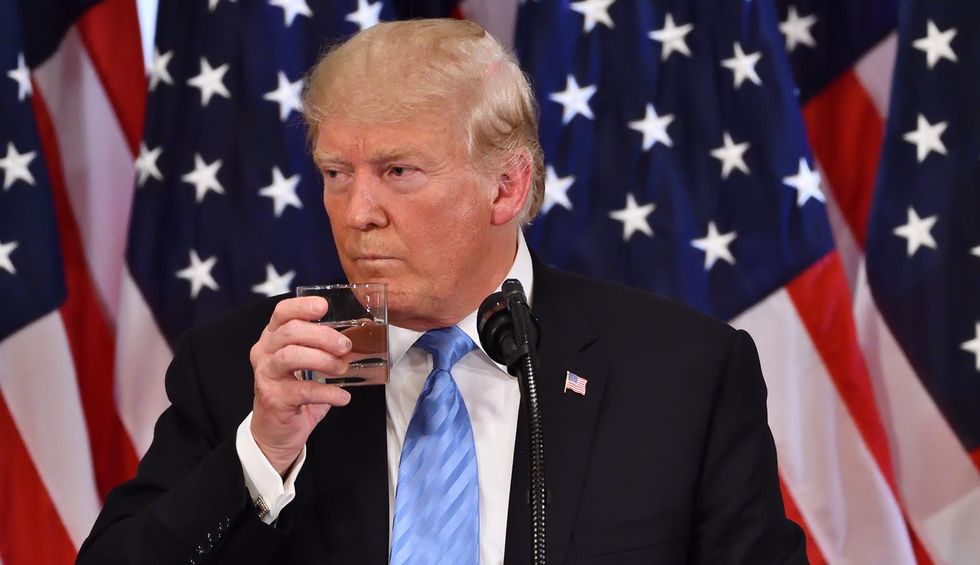 In an analysis piece in the New York Times on Sunday, chief White House correspondent opted to describe President Donald Trump’s overtly racist comments on Democratic congresswomen color as “racially infused” — an euphemism one Twitter user joked is “the worst flavor of LaCroix.”

Trump over the weekend caused an uproar in the media by tweeting the following:

Trump’s defenders are zeroing in on the one clause where the president suggests the “‘Progressive’ Democrat Congresswomen” can “come back and show us how it is done,” and ignoring the other 85 percent of Trump’s tweet — particularly where he says the congresswomen are “telling the people of the United States … how our government is to be run” (emphasis added), which seems particularly vile.

Writing for the Times, Baker summed up those defenders thusly (emphasis also added):

Republican lawmakers, by and large, did not rush to the president’s side on Sunday either, but neither did they jump forward to denounce him. Deeply uncomfortable as many Republicans are with Mr. Trump’s racially infused politics, they worry about offending the base voters who cheer on the president as a truth-teller taking on the tyranny of political correctness.

Ah yes, “racially infused politics,” now with a dash of nativism. Here’s what Twitter had to say:

Racially infused, racially charged, sprinkled with the dew of race. There's a lot of euphemistic tap-dancing going on, but as someone who has spent as lifetime tip-toeing through the tinges of racial, I am here to help. https://t.co/ZLLvpTtqsS

racially infused racially cloudy with a chance of controversy meatballs polarizing remarks, in the sense that if … https://t.co/lsioqpZYY7
— Alexandra Petri (@Alexandra Petri)1563191218.0

It's "racially infused" only if it comes from the Rachel'Enfused region of France. Otherwise it's just sparkling ra… https://t.co/WncTTPVx3H
— Larry Kunz (@Larry Kunz)1563201221.0