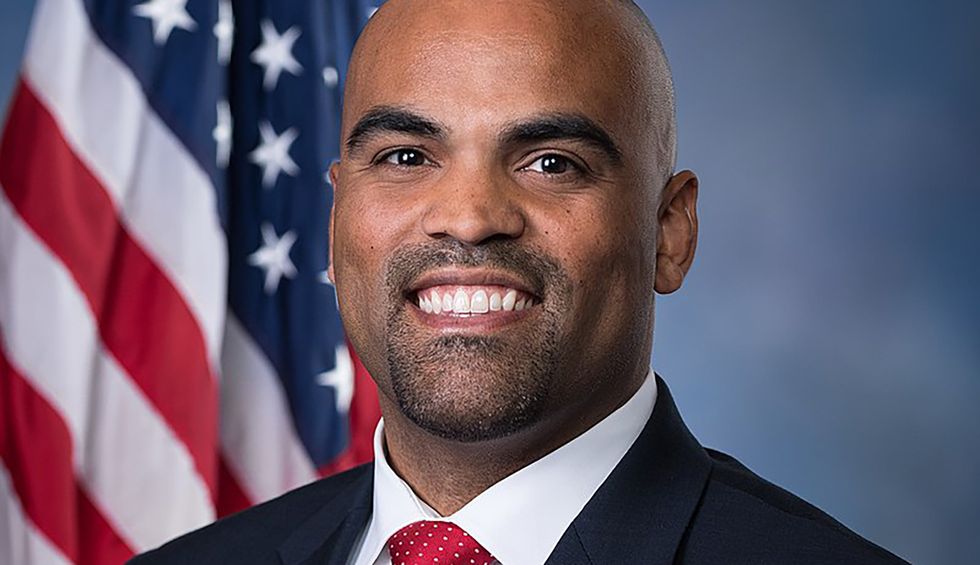 "GOP opposition to Colin Allred starts to take shape after he turned a Dallas-area U.S. House seat blue" was first published by The Texas Tribune, a nonprofit, nonpartisan media organization that informs Texans — and engages with them — about public policy, politics, government and statewide issues.

One candidate, former Navy SEAL Floyd McLendon, entered the race Monday. And more announcements are expected before the end of the summer as the opposition begins to crystallize for what will be an uphill battle. Allred easily flipped the 32nd District last year as he unseated U.S. Rep. Pete Sessions, R-Dallas.

The national GOP is targeting the district in 2020, though compared to Texas' seven other battleground congressional races, the challenger lineup has been slow to develop. Republicans have waited to see if Sessions attempts a comeback and have been sizing up the political landscape of a presidential-election year in bluer and bluer Dallas County.

"I think it will be a tough race but is winnable by Republicans," said Wade Emmert, former chairman of the county GOP. "It’s always true that turnout drives the result, but that is probably more true with President Trump on the ballot. To win, a Republican candidate will have to embrace the Republican base, including Trump, but differentiate himself or herself enough to speak to the specific issues of TX-32."

In an interview, McLendon argued that TX-32 is "still a Republican district" — that 2018 was a "fluke" — and pitched his "outside perspective on how to solve our nation's problems" given his extensive military background.

"I look at this as a natural progression of serving — 25 years in the military, 15 years as a Navy SEAL," said McLendon, who now works as motivational author and speaker. "Throughout that time, I've learned the importance of trusted leadership, and quite frankly I think our political system is broken. Career politicians are not holding themselves accountable, speaking one way to their district and then go to Washington and vote another way."

McLendon charged Allred with already behaving that way by voting for Nancy Pelosi for speaker and voicing support for the Green New Deal, the sweeping plan to combat climate change spearheaded by freshman U.S. Rep. Alexandria Ocasio-Cortez, D-N.Y. Allred backed Pelosi for speaker late last year after taking a noncommittal stance toward her potential return to power during his campaign. As for the Green New Deal, he said earlier this year he "certainly support[s] some of the goals" of the proposal but that he wanted to see more specifics.

"Representative Allred is focused on working with Republicans and Democrats to get things done for North Texans, like lowering the costs of health care and prescription drugs, repairing our infrastructure, and cleaning up corruption," Allred campaign manager Paige Hutchinson said in a statement in response to McLendon's launch.

McLendon is the first of multiple Republicans who could launch campaigns to take on Allred in the coming weeks. Genevieve Collins, an executive at an education technology company in Dallas, has said she is "strongly considering" a run and has indicated she could make an announcement by the end of the month. Former state Rep. Dan Branch of Dallas is also taking a close look at the primary and is planning to make a decision late next month.

Another potential candidate is Beth Van Duyne, the former Irving mayor who now holds a regional job for the U.S. Department of Housing and Urban Development.

"I'm grateful to continue hearing from people who are encouraging me to be a candidate but I have nothing new to say at this point," Van Duyne said Friday.

Already running for the 32nd District is Tania Burgess, an ardent Trump supporter. She has raised less than $10,000 since entering the primary in March but quickly got the attention of Allred's campaign, who has alluded to her as an "extreme, far-right" challenger in fundraising emails.

Allred has made clear he is ready for whomever Republicans nominate, raising close to $600,000 in the second quarter as he amassed a reelection war chest approaching $1 million. And national Democrats, including the Democratic Congressional Campaign Committee, stand ready to defend him after their hard-fought victory last cycle.

"As Dallas County Republicans panic over the possibility of Pete Sessions attempting a doomed political 'comeback,' Colin Allred is getting results for North Texas by working across the aisle and listening to Texas families about the issues that matter to them," DCCC spokesman Avery Jaffe said in a statement.

Sessions looms large, even as some Republicans express unease with another run by the former chairman of the National Republican Congressional Committee, who lost by 6.5 percentage points last cycle after initially brushing off the extent of the threat he faced. He has not said much publicly about the 2020 primary, though his most recent comments — published in June by the National Journal — sounded like he was running but not ready to announce yet.

Sessions still has $331,000 in his campaign account and continued to pay his 2018 deputy campaign manager through June.

For a period, it looked like Sessions could face a primary battle against Allen West, the former Florida congressman who now lives in North Texas. But earlier this month, West announced he was instead exploring a run for Texas GOP chairman, taking himself out of the TX-32 speculation game for the time being — and depriving Democrats of a bombastic firebrand against which they were eager to run.

This article originally appeared in The Texas Tribune at https://www.texastribune.org/2019/07/29/republican-primary-challenge-colin-allred-starts-take-shape/.