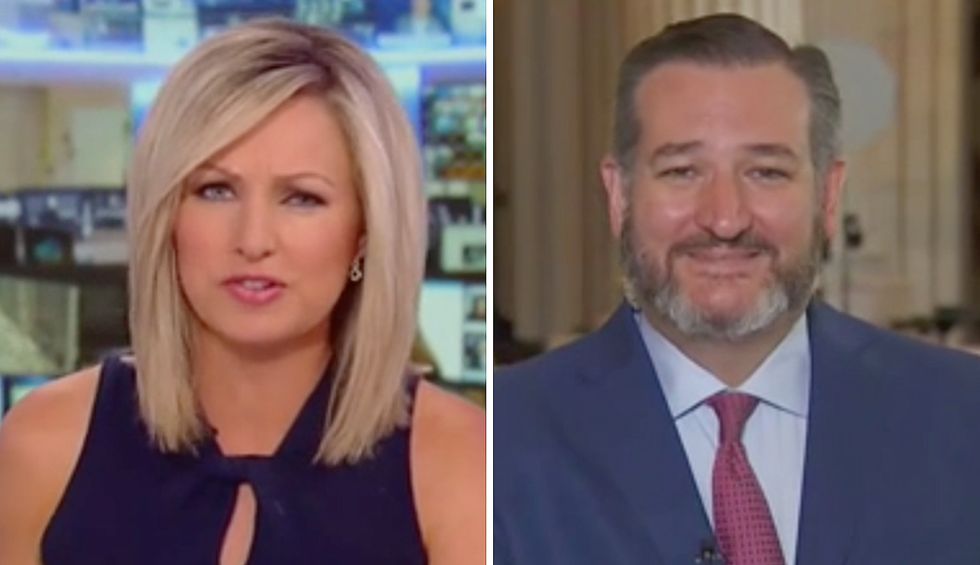 Republican Senator Ted Cruz of Texas on Tuesday tried to dodge a question about whether President Donald Trump’s Labor secretary should be forced out over a controversial plea deal he arranged for financier and convicted sex offender Jeffrey Epstein.

“I’m running out of time,” said Fox News host Sandra Smith during an interview with the senator. “I have to ask you about these charges against Jeffrey Epstein. Nancy Pelosi says Alex Acosta, the president’s Labor secretary, must go. I know you tweeted on the issue. You tweeted out: His ‘conduct was despicable, and everyone who participated should be vigorously prosecuted.’ Speaking obviously about Jeffrey Epstein. As far as Alex Acosta, should he have to go here?”

The 2008 plea deal that Acosta helped negotiate as a U.S. attorney in Miami allowed Epstein to plead guilty to two charges of felony prostitution and receive a sentence of 13 months in prison.

Cruz, however, tried to pin the scandal on Democratic figures.

“Well, listen, Epstein’s conduct, as we said, was despicable,” he replied. “Those who target children, it is a horrific evil. I’m glad that he is being prosecuted. I think everyone who was involved in this crime and participated in abusing children, they should be prosecuted as well. That may well include, as you know, Epstein was a big, big democratic fundraiser. A close friend of Bill Clinton’s. I think we need to follow the evidence where it goes.”

“I’m going to run out of time here,” Smith pressed. “But Alex Acosta, he was involved in that secret plea deal in 2018. Should he have to go?”

“He was a U.S. attorney,” Cruz replied. “I’m concerned about the allegations, but the Department of Justice has an ongoing investigation. I think we should find out what happened. I think we should have imposed the toughest penalty we could have based on the evidence. And I think we need to inquire if we did that.”