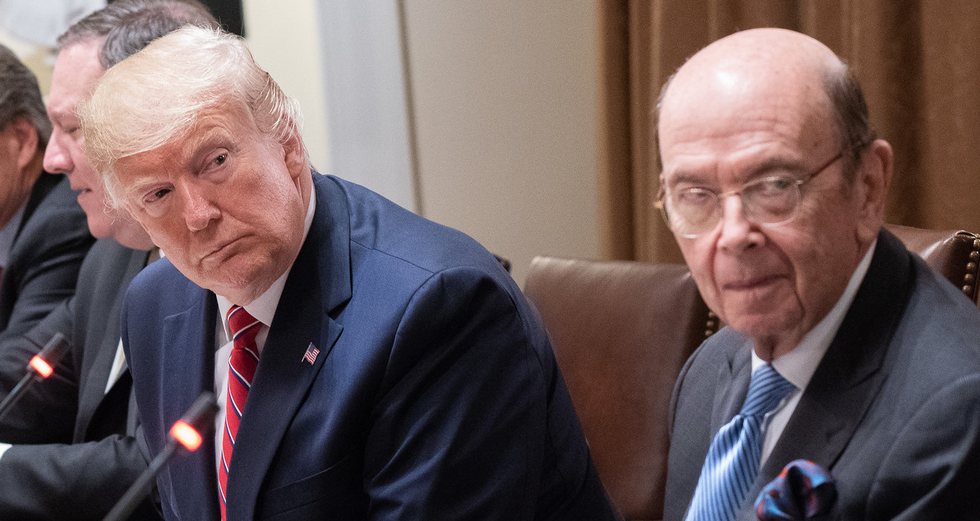 In a new filing before the U.S. District Court in Maryland on Friday, the Trump administration said it is still pursuing potential avenues to include a citizenship question on the 2020 Census, despite the Supreme Court's recent ruling blocking such a move.

Chief Justice John Roberts argued in a majority ruling that because Commerce Secretary Wilbur Ross had provided a "contrived" justification for including the question, falsely citing concern for the Voting Rights Act as his even in light of contradictory evidence, the department would be blocked from moving forward.

Now the Justice Department and the Commerce Department have said that they are examining other potential reasons for including the question in a filing before Judge George Hazel in Maryland. If the administration comes up with a new reason for including the question, the lawyers argued, it will constitute a new decision, and thus wouldn't be blocked by the Supreme Court's recent ruling.

"Any new decision by the Department of Commerce on remand providing a new rationale for reinstating a citizenship question on the census will constitute a new final agency action," they wrote in the filing.

But in his response, Judge Hazel subtly mocked this notion, putting scare quotes around the word "new." This suggested the obvious fact that there's nothing new about the administration's attempt to conjure up a rationale. The administration's actions clearly show it has already decided that it wants to include the citizenship question — quite obviously because it hopes to discourage certain populations from answering the survey and thus biasing electoral maps against Democrats — and it's just trying to cook up an excuse that the judiciary can accept.

Judge Hazel used quotes around the word "new" twice, emphasizing how transparent the administration's attempts to dupe the courts are:

The Court has received and appreciates the discovery plans submitted by both sides. It appears that while the parties agree to the parameters of the proposed schedule, Defendants take the view that discovery on the remaining equal protection and Section 1985 claims should be put on hold pending a “new” decision being reached by the Commerce Secretary. While there is some degree of logic to Defendants’ position, the Court disagrees based on the unique circumstances of this case.

Plaintiffs’ remaining claims are based on the premise that the genesis of the citizenship question was steeped in discriminatory motive. The discovery contemplated by the Court related to the recently discovered evidence in this casc goes directly to that issue. Regardless of the justification Defendants may now find for a “new" decision, discovery related to the origins of the question will remain relevant. Given that time is of the essence, therefore, the prudent course is to proceed with discovery. As both sides acknowledge, the schedule may be adjusted as circumstances warrant.

Hazel also suggested that he sees through the Trump administration's ploy by referring to the "unique circumstances of this case." By that he meant, it seems, the circumstance in which the government has been outright lying.

As to the substance of the judge's order, he concluded that the plaintiffs who are suing the administration, claiming that the question was included with discriminatory intent (as recently revealed emails strongly indicate), can proceed to the discovery phase of their case over the departments' objections. That means the plaintiffs should be able to receive new evidence about how the citizenship question decision came about, potentially shedding more light on the administration's corrupt intentions.