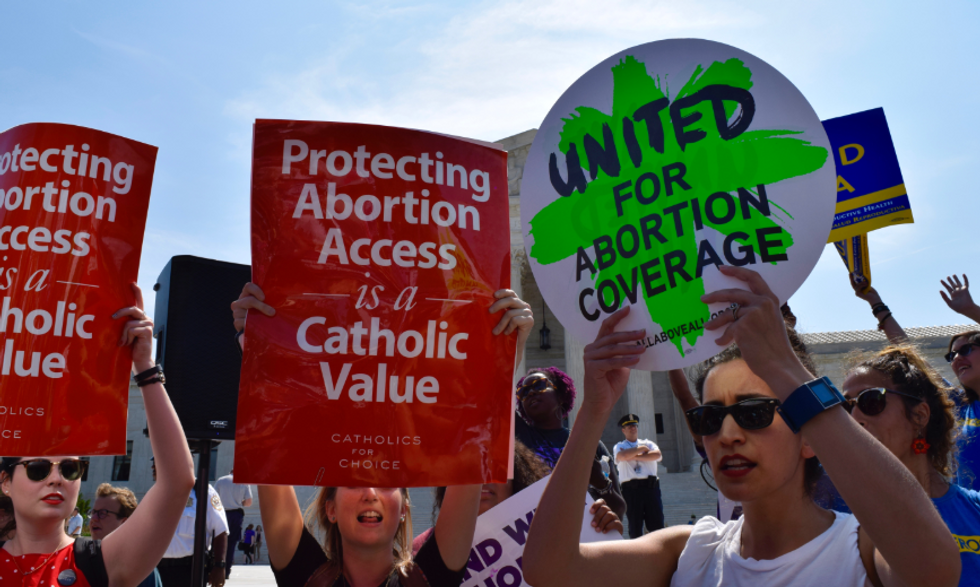 A federal judge has blocked an anti-abortion law from taking effect in Ohio, the Columbus Dispatch is reporting.

U.S. District Court Judge Michael Barrett issued a temporary restraining order against the law, which is among the so-called “heartbeat bills” that have been passed by state legislatures in different parts of the United States — especially the South — and forbid abortions once a sings of cardiac activity can be detected, which is generally around six weeks into a pregnancy. Critics of “heartbeat bills” have been argued they are extreme and unreasonable because many pregnant women don’t even know they are pregnant at six weeks.

Barrett asserted that the abortion rights activists who challenged Ohio’s anti-abortion law in court were “certain to succeed on the merits” given legal precedents on abortion — namely, the U.S. Supreme Court’s landmark Roe v. Wade decision of 1973, which in effect, legalized abortion nationwide.

Barrett wrote, “The law is well settled that women possess a fundamental constitutional right of access to abortion.”

Jaime Miracle, deputy director for the Ohio branch of the National Abortion Rights Action League (NARAL), applauded Barrett’s ruling in an official statement — saying, “The most important thing that Ohioans need to know is that abortion access is available in Ohio. When a person has decided to have an abortion, they should be able to access that care safely, affordably, in their community, with support and respect, not shame or pressure.”

Miracle continued, “With Gov. DeWine’s attack on abortion rights now blocked, the doctors, nurses, staff and volunteers at nine facilities across the state can continue to assist patients in safely terminating a pregnancy.”