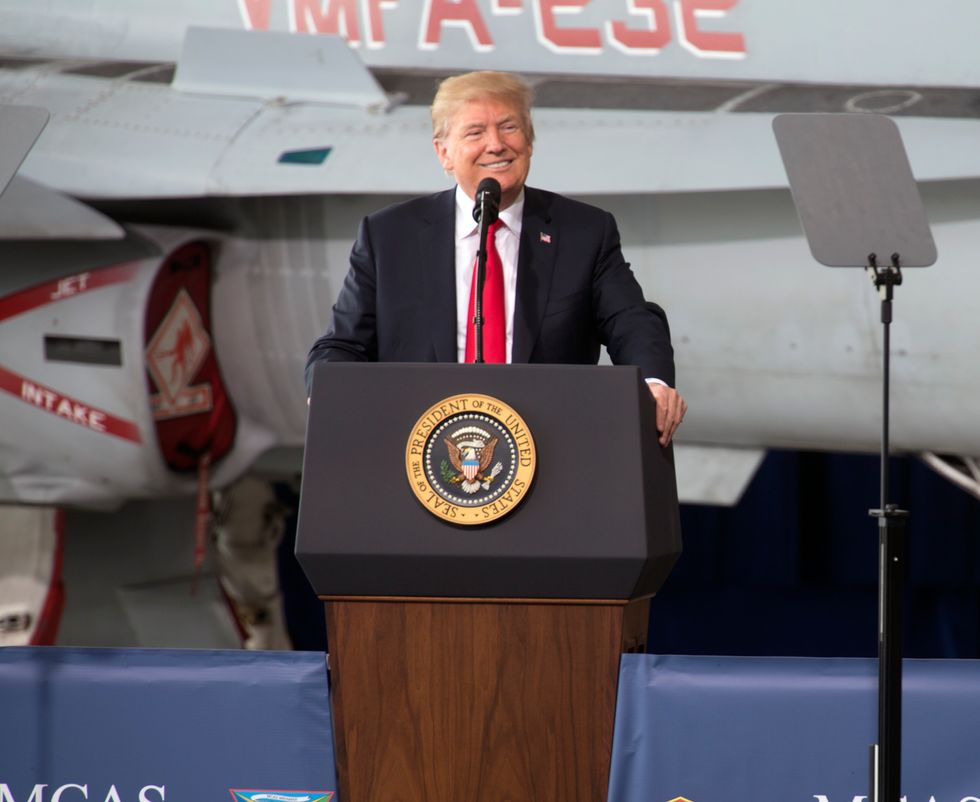 Fourth of July celebrations in Washington, D.C. have a long history of being adamantly nonpartisan and not including speeches by sitting presidents — that is, until 2019. In addition to the usual fireworks and Independence Day celebrations in the U.S. capital, this Fourth of July will include an event featuring a speech by President Donald Trump along with military displays. And the Republican National Committee (RNC), HuffPost reports, has been offering tickets to the event to major GOP donors.

Exactly what type of military display Trump’s event will feature remains unclear. Flyovers by military planes are planned, and according to the Washington Post, Trump has pushed for tanks and other military vehicles to be featured on the National Mall — although there are concerns that such vehicles could damage the roads and the grass.

Critics of Trump’s Fourth of July event are warning that it will, in effect, be a campaign rally for the president. And Ruth Ben-Ghiat, a history professor at New York University, noted that showing off military vehicles at such an event is characteristic of authoritarian dictatorships.

Trump “needs to colonize our lives. He needs to colonize our public spaces,” Ben-Ghiat told HuffPost. Ben-Ghiat, who is considered an expert on the history of fascism, views Trump’s Fourth of July event as a “dismaying” sign that “the military has been domesticated. I think the will to resist him has evaporated.”

Robert Weissman, president of the nonprofit Public Citizen, finds it troubling that Trump is using a Fourth of July event for partisan purposes — telling HuffPost, “This partisan appropriation of a public event is consistent with the record of an administration that has no regard for lines between personal or partisan interests and its public obligations.”

Jordan Libowitz of Citizens for Responsibility and Ethics in Washington (CREW) believes there could be legal problems if taxpayers are being forced to pay for what becomes, in effect, a partisan GOP event promoting Trump’s 2020 presidential campaign.

“This sounds less and less like a government event and more and more like a campaign rally,” Libowitz complained to HuffPost. “Since it doesn’t look like the RNC is picking up the bill, this could lead to some serious legal issues.”

According to Libowitz, “Look for the big donors to make appearances alongside major Trump Administration figures at the Trump Hotel. It’s already sold out for the 3rd and 4th despite charging double what the other luxury hotels are charging around the holiday.”

However, a senior White House official who spoke to HuffPost on condition of anonymity insisted that Trump’s event will not be partisan. The official claimed that Trump’s Fourth of July speech “will not be political. It will be about celebrating our nation’s independence, our flag and our great military.”

A Democratic National Committee (DNC) spokesperson told HuffPost that it was not given any tickets to give away to Trump’s event.

Historically, U.S. presidents — from Ronald Reagan to Barack Obama to George W. Bush to Richard Nixon — have stayed out of public Fourth of July events, which are meant to be a celebration of the U.S. as a democratic republic and not an endorsement of any particular party. Ben-Ghiat explained to HuffPost, “The whole point is nonpartisan. It’s a national holiday. And (Trump) can’t let that stand. He has to make it about him.”