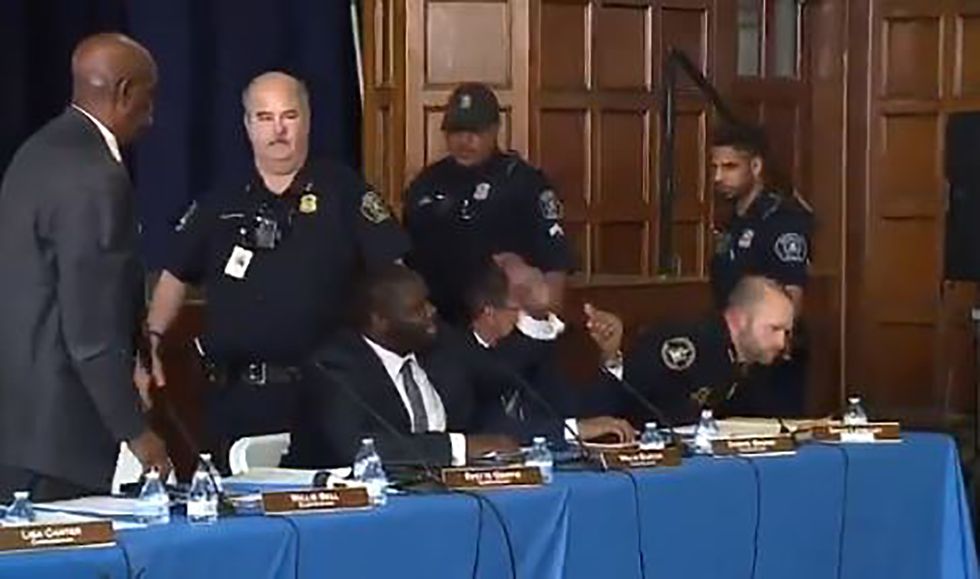 On Thursday, dramatic video footage at a meeting of the Detroit Police Commissioners showed one of the commissioners, Willie Burton, being arrested and forced out of the building in handcuffs after the chairwoman demanded his removal.

According to WJBK News, the meeting grew heated when Burton raised the issue of facial recognition cameras in the city being used for law enforcement purposes — a controversial exchange in which he demanded to know what chairwoman Lisa Carter would do differently from former chairman Willie Bell. Carter repeatedly called him out of order, and then finally ordered him ejected from the premises.

“If you throw me out of office, you are disenfranchising 100,000 voters in the 5th District, do not touch me,” shouted Burton as he was arrested.

Burton was jailed for disorderly conduct, and was quickly released when a fellow commissioner posted $100 bail. He will face a court date later this month.

Facial recognition technology is facing widespread criticism as an assault on civil liberties and an invitation for police abuse. Protestors at the hearing wore masks to demonstrate against it.

City officials insist the technology will not be used except in terrorism cases or pre-existing investigations of violent crimes. Police Chief James Craig says he is still tweaking the policy, and delayed a vote on it that was scheduled to take place last week.