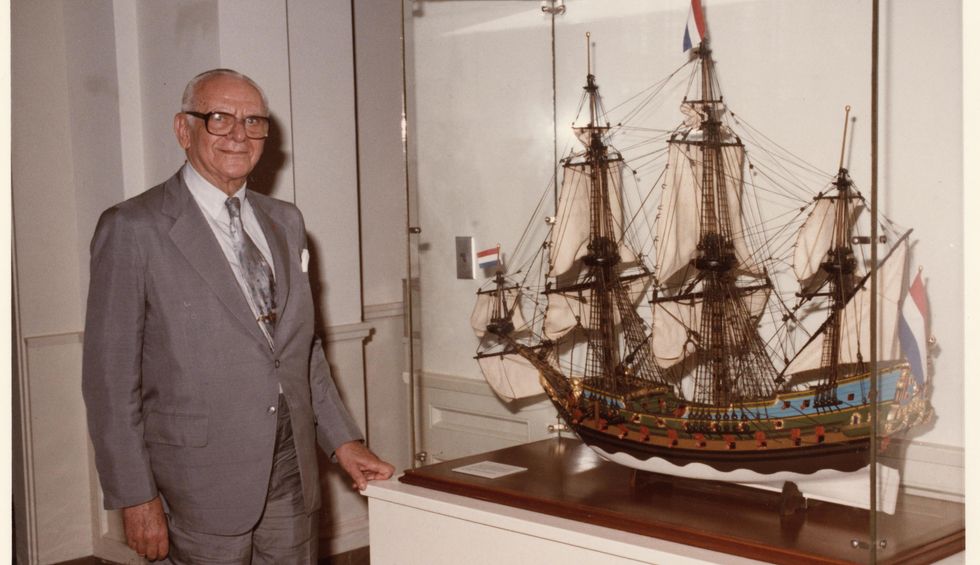 Sleazy American businessmen who make deals with corrupt Russians with shadowy connections to intelligence agents or powerful politicians did not spring up de novo in the twentieth-first century. As far back as 1919, Armand Hammer, the future head of Occidental Petroleum, met with Vladimir Lenin and agreed to a truly corrupt arrangement which enabled his family to obtain a lucrative business concession in the Soviet Union in return for financing illegal communist operations in Europe and the fledgling American Communist Party.

In the 1970s, Hammer introduced another American businessman to his friends in Moscow. Although David Karr, the former CEO of Fairbanks Whitney, never became a household name like his sponsor, he made millions of dollars doing business with the USSR, while providing the KGB with an entrée into the American political world. While less financially successful than Hammer, Karr, the subject of my new biography, The Millionaire Was a Soviet More: The Twisted Life of David Karr, lived an even more adventurous life, ricocheting from young Communist to government bureaucrat, from newsman to public relations man, from proxy fighter to international businessman, from Hollywood mogul to the hotel business, and finally to a KGB informant. When he died in Paris in 1979 at the age of 60, his Machiavellian past and his myriad of enemies inspired speculation in the French press that he had been murdered by the KGB, CIA, Israeli Mossad, or the Mafia.  Remarkably, there were scenarios- not all plausible- that could finger any one of that unlikely quartet as his killer.

Born into a middle-class Jewish family in New York, David Katz (as he was then known) was attracted to the CPUSA by its militant anti-fascism and began writing for its newspaper, the Daily Worker in the 1930s. For the rest of his life, however, he insisted he had never joined the Party. His early flirtation with communism, though, haunted him for more than 20 years. He went to work for the Office of War Information during World War II, but was forced to resign after being denounced by Congressman Martin Dies for his past associations. Becoming syndicated columnist Drew Pearson’s chief “leg man,” he was denounced on the floor of the Senate by Senator Joseph McCarthy as Pearson’s KGB controller. He was a frequent target of right-wing columnists, particularly Westbrook Pegler. Throughout the 1940s and 1950s Karr himself tried to cozy up to the FBI, claiming he had provided information on Communists.

In the early 1950s he moved back to New York and joined a public relations firm, eventually setting up his own business and developing a specialty in working for corporate raiders during proxy wars. With another shady character, Alfons Landa, as his partner, in 1959 Karr successfully took control of Fairbanks Whitney, a diversified company that held a number of defense contracts. One of the youngest CEOs of a major American corporation, Karr faced problems getting a security clearance, but even more difficulty running a company. Within four years, amid constant losses, an exodus of high-ranking personnel, shareholder complaints about excessive executive salaries, and the failure of a major investment in a water desalinization initiative in Israel, Karr was forced out. Undaunted, he relocated to Broadway and Hollywood, serving as a co-producer for several movies and shows.

Karr’s personal life was almost as tumultuous as his business career. Already married and divorced twice, with four children, he was engaged to a glamorous Hollywood actress when he met a wealthy French woman. Breaking the engagement, he married and moved to Paris where her parents bought them a luxurious apartment. Parlaying his wife’s connections, Karr brokered the sale of several luxury hotels to British magnate Charles Forte and became general manager of the iconic George V.  From his new perch in French society, he did business deals with Aristotle Onassis, befriended America’s ambassador to France Sargent Shriver, and established ties to the Lazard Freres investment house.

Through Shriver, Karr began the final phase of his peripatetic career. He was introduced to Armand Hammer and he accompanied the owner of Occidental Petroleum to Moscow. Developing close ties to Djerman Gvishiani, a high-ranking Soviet trade official and Premier Kosygin’s son-in-law, Karr soon became a key figure negotiating for Western companies hoping to gain access to the Soviet market.

His access to Soviet officials and lucrative contracts sparked rumors about possible intelligence connections. Not only did Karr arrange the financing of the first Western hotel built in the USSR in the run-up to the Moscow Olympics, but he controlled the North American rights to Misha the Bear, the mascot for the Games, in partnership with former Senator John Tunney. He and Hammer also had the rights to market Olympic commemorative coins. Amid published claims that he had bribed  Gvishiani, and with labor troubles afflicting Forte’s Paris hotels, Karr became ill in Moscow in July 1979 at events celebrating the opening of the Kosmos Hotel. He died of an apparent heart attack shortly after returning to Paris.

His personal life also took a dramatic turn in the late 1970s. Divorcing his French wife, he married a German model, more than 30 years his junior. In less than a year of marriage, there were two divorce filings. Shunned by his family, his widow made a series of sensational charges in the French press, alleging he had been murdered. Journalists retailed stories from anonymous sources that he had cheated the Soviets on the coin deal and that he and an Israeli partner had run guns to Idi Amin and Muammar Khadaffi. A British journalist published a sensational book alleging that he and Onassis had arranged the murder of Bobby Kennedy with the PLO.

Untangling these lurid accusations, I have been able to establish that Karr was recruited as source by the KGB in the early 1970s. He never had access to top-secret information but he did report about the presidential campaigns of Shriver, Scoop Jackson, Jerry Brown and Jimmy Carter. He tried to insinuate himself in the Gerald Ford White House. He probably also worked for the Mossad. Was it any wonder that many people and organizations had good reason to dislike and fear David Karr?

His secretive empire with corporations, trusts, and entities in several countries required a decade before probate was completed, as three ex-wives, one widow, and five children wrangled over the estate. His complicated legacy is well worth pursuing, illustrating the intersecting worlds of business, journalism, politics and espionage.