A top Democrat finally says it: We're 'in effect' considering articles of impeachment 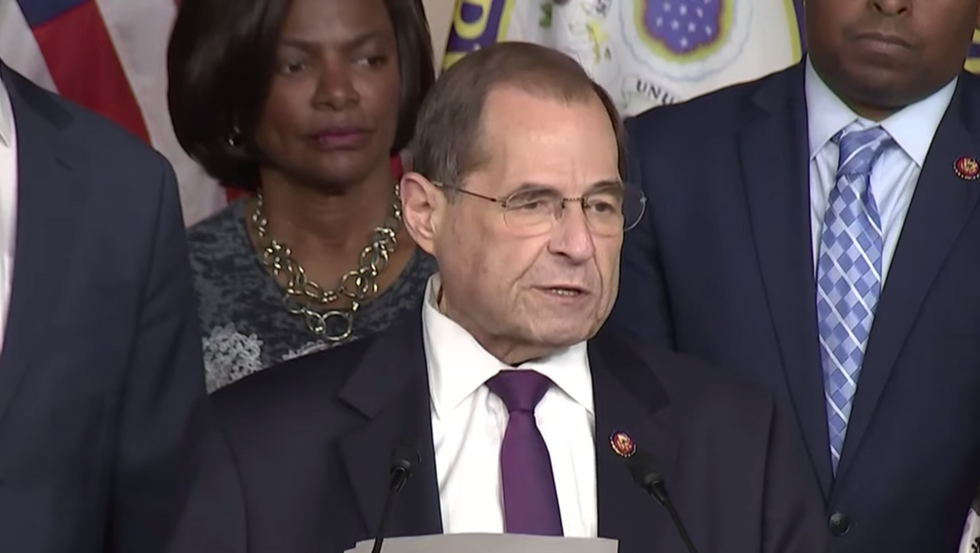 House Judiciary Committee Democrats are telling reporters that Friday morning's announcement that the committee is suing to get the full grand jury evidence from special counsel Robert Mueller's investigation is effectively the beginning of an impeachment inquiry.

Judiciary Chairman Jerry Nadler said that, yes, "in effect" the suit and the ongoing investigation constitute an impeachment inquiry, but not a formal one. He said that a formal inquiry would be focused just on impeachment, and "that's not what we're doing. We are investigating all of this and we are going to see what remedies we could recommend, including the possibility of articles of impeachment. We're not limited to that, but that's very much the possibility as a result of what we're doing." Committee aides say, "We have just taken in the most formal and official way a committee can, we have just given notice that we are actively considering articles of impeachment."

But it's not an impeachment inquiry per se, which is really just a matter of semantics at this point, it would seem. "From my personal standpoint, I would say we're in an impeachment investigation,” Maryland Democrat Rep. Jamie Raskin told reporters. He explained to Washington Post columnist Greg Sargent that there isn't a House rule or any statute that defines or restricts the form of an impeachment inquiry. "The Constitution leaves it up to Congress how to structure impeachment proceedings. […] There are many different ways to get there. It can arise from floor action. It can arise within the Judiciary Committee itself." It's going to arise from the committee, he said. "The question is just when."

House Speaker Nancy Pelosi essentially has given her blessingto this approach now that seven Democrats have added their support to an impeachment inquiry, bringing the total number of members in favor to 100. She's describing Friday's developments as part of the approach of seeking evidence before moving ahead, particularly on Trump's finances and businesses. On substance, that's where Nadler and team are as well.