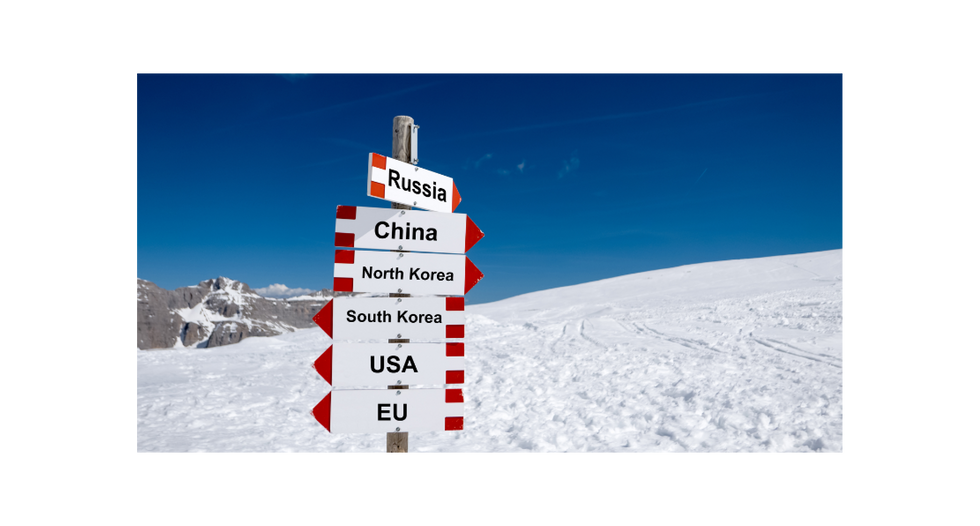 Shortly after the first debate between Democratic presidential contenders, trolls from the message board 4Chan boosted Tulsi Gabbard to the top of some online polls, earning credulous press attention with this sudden surge of support. At the same time, real and fake Andrew Yang supporters complained of supposed unfairness to their candidate, trending #LetYangSpeak on Twitter. While this is unlikely to make either longshot candidate the nominee, anyone looking to disrupt the Democratic Party has two new potential wedges.

After the 2016 primaries were decided, Russia exploited discontent among Bernie Sanders’ supporters to divide and distract Democrats. In 2020, there are several failing candidates whose supporters can be targeted with memes and fake news promoting conspiracy theories about party apparatchiks secretly conspiring against them. The potential scale of the spoiler problem is therefore much bigger and more fractured this time around. Gabbard is already a clear Kremlin favorite for this strategy, as her foreign policy leanings are quite friendly to Russia’s interests, but why stop at just one foil to the eventual nominee? Why not turn Joe Biden supporters against Elizabeth Warren, or Warren supporters against Sanders?

As the experts predicted months ago, adversaries are already hard at work attacking the 2020 election, and this time it won’t only be Russia that we have to worry about. The early signs of interference are already visible, and as we get deeper into the campaign, these threats are almost certainly going to come from new directions. Having seen Russia intervene in 2016, and win, and then get away with it, everyone from North Korea to China to Saudi Arabia will want to shape American electoral politics to their liking.

China has clearly ramped up their electioneering capabilities. In Taiwan, celebrity businessman Han Kuo-yu was elected mayor of Kaohsiung last year with help from Facebook groups “created, managed, and nurtured by what looks very much like a professional cybergroup from [mainland] China,” according to reporter Paul Huang at Foreign Policy. Now a favorite to run for Taiwan’s presidency in 2020, Han Kuo-yu is everything that Beijing could want in a Taiwanese politician. Would they hesitate to insert themselves in an American election in the midst of a high-stakes trade-war?

It is likely that these new players will attack from both sides of an issue the way Russia did in 2016 when, for example, Americans saw “separate ads, launched simultaneously, [that] would stoke suspicion about how police treat black people in one ad, while another encouraged support for pro-police groups.” About half of all the Facebook material put out by the Internet Research Agency, the Kremlin-backed "troll farm" in St. Petersburg, in 2016 was aimed at stoking racial animus this way. Then after the election, the IRA tried to organize simultaneous pro- and anti-Trump rallies in New York City. This is a standard element of all information warfare doctrine: always pit both sides against the middle.

We can also expect to see an even higher level of Twitter bot activity than ever before, as every new player will have their own army of fake accounts. They will do this because the evidence shows that these tactics are effective. A new study released earlier this month found that Russian bot activity had a greater impact than Trump's own tweets in 2016, driving up his support among undecided voters in the last, critical days of the race. It is important to note that these activities did not reduce support for Clinton. Instead, they drove negative partisanship among potential Trump voters, appealing to baser emotions and stirring antagonism towards the Democrat in order to boost his turnout.

This is perhaps the most misunderstood aspect of what Russia's Internet Research Agency did in 2016. Much of the material uncovered by congressional investigators was not explicitly political; instead of calls to vote, there was a lot of symbolism—eagles and flags and patriotic quotes. Yet there was an insidious program at work in those seemingly non-partisan materials. By promoting memes designed to appeal to right wing voters, the IRA created large echo chambers that amplified their messages on Facebook. Rather than change minds, they wanted people to ‘dig in’ and get whipped into a fury, making them more likely to turn out and vote.

Some have a hard time understanding that individual persuasion, while possible, is rarely an effective communications strategy. It's much easier to turn out your own voters than convince new ones, and studies show that social media pressure is even more effective at firing up your base than organized canvassing or other traditional, in-person techniques. It is also far cheaper, and because social media incentivizes negative partisanship, such messages are much more “viral” than the positive messaging that Democrats prefer. Psychologists have long observed that people tend to be more responsive to bad news than good -- they call it "negativity bias."

The Clinton campaign made an error in 2016 by trying to persuade moderate Republicans rather than focusing on turning out her base. We’ve seen other examples of it since then. For example, when Beto O’Rourke challenged Ted Cruz in the 2018 midterm elections, his Facebook ad targeting was simplistic, and designed mainly to maximize views and clicks instead of drawing anyone into a community. Cruz, on the other hand, used Facebook ads to radicalize his base with disinformation and build on a set of shared values contrary to O’Rourke’s liberal message. Whereas O’Rourke disdained the Clinton campaign model of “triangulation and data-driven microtargeting,” he fell into the exact same trap of emphasizing positivity and “going high” in a medium that simply does not reward this type of material. Beto may have captured Democratic hearts but the Cruz campaign, which has always had a sophisticated digital GOTV machine, eked out a narrow victory thanks to high conservative turnout.

Russia has also played a major role in the Texas disinformation game. One secessionist Facebook group, Heart of Texas, reportedly received 4.8 million shares by November 2016—the most of any IRA account--through precision targeting and by emphasizing negative partisanship. The IRA is just one of a dozen The Kremlin’s campaign to influence US elections, known as ‘Project Lakhta,’ has been operational since 2014and Texas is a favorite target. Between these foreign and domestic disinformation schemes, there’s little hope for anyone to win a major election with a purely-positive, issues-based campaign on social media.

Unfortunately, we can't expect Facebook or Twitter to take any effective actions to stop the flow of divisive content. Such measures as they have already taken are unlikely to stop anyone from abusing their platforms in new ways, or with new variations of the same techniques used in 2016. According to Robert Mueller’s indictments, more than a dozen Russian disinformation agents broke the law by purchasing identities to use within the United States. Now that there are Trump supporters who understand what happened and fully approve of the outcome there is nothing to stop the Russians, Chinese, North Koreans, Iranians, or anyone else from laundering their social media activity through willing, paid accomplices found in the United States.

And as The New York Times reported last year, during the 2018 midterms there was “a shift in the flow of online disinformation [and] falsehoods meant to mislead and inflame,” with more homegrown American groups emulating the model Russia demonstrated in 2016.

Neither Facebook founder Mark Zuckerberg nor Twitter CEO Jack Dorsey will detect or prevent this activity because it is not in their interest to be proactive. The Federal Elections Commission will not get ahead of it either, defanged as they are by decades of Republican regulatory capture. Senate Majority Leader Mitch McConnell has systematically quashed all attempts to shore up American cyberdefenses, and Donald Trump is openly hostile toward any mention of beefing up our election security. Because there is no one in Washington tasked with this enforcement job, it simply will not happen. Multiple players will seek new avenues to hit Americans from all sides with the objective of reelecting Trump and keeping the Senate in Republican hands and there will be few cops on the beat to stop them.

Democrats are not ready to weather this storm. There are some free counter-disinformation tools available out there, but campaigns are too afraid of potential campaign finance violations to use them. The paid tools available are often unproven, inspiring little confidence that they will work. Vendors who offer to build up counter-disinformation capacities tell me that their proposals are often misconstrued as voter suppression, which of course is anathema to Democrats. So in the face of what is sure to be a disinformation hurricane in 2020, they seem resigned to their fate.