’In the United States, dissent is patriotic’: Ilhan Omar delivers powerful response after Trump crowd chants ‘send her back' 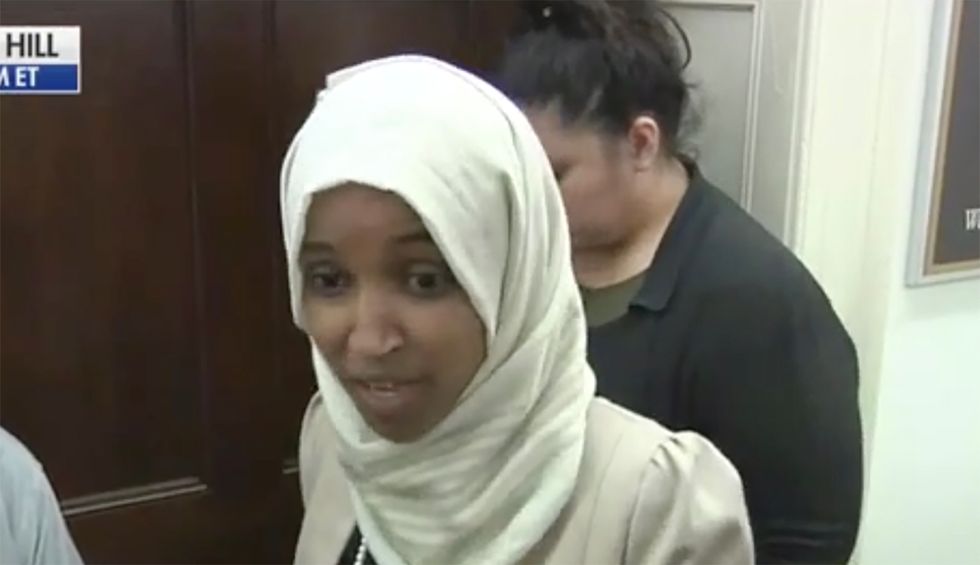 Rep. Ilhan Omar (D-MN) on Thursday delivered a powerful response to President Donald Trump after a crowd of his supporters chanted “send her back” during a North Carolina rally on Wednesday night.

Omar on Thursday was asked if she worries “about the rhetoric today” while speaking with women who are in the process of becoming American citizens.

“She is now becoming a citizen, been in the country for four years,” Omar said. “And I want to make sure that every single person who is in this country, who is aspiring to become part of the American fabric, understands that nothing this president says should be taken to heart. We are Americans as much as everyone else, this is our country, and we are where we belong.”

“I told people on my election night, in the great state of Minnesota, ‘We don’t just welcome refuges, we send them to represent us in Washington.’ And as much as he’s spewing his fascist ideology onstage, telling you as citizens to ‘go back’ because they don’t agree with his detrimental policies for our country, we tell people that here in the United States, dissent is patriotic. Here in the United States, disagreement is welcome, debate is welcome, and especially in the People’s House, all of our voices are uplifted and heard.”

You can watch the video below, via Fox News: