Why is the media ignoring Rand Paul's disastrous and extreme plan to gut the federal government? 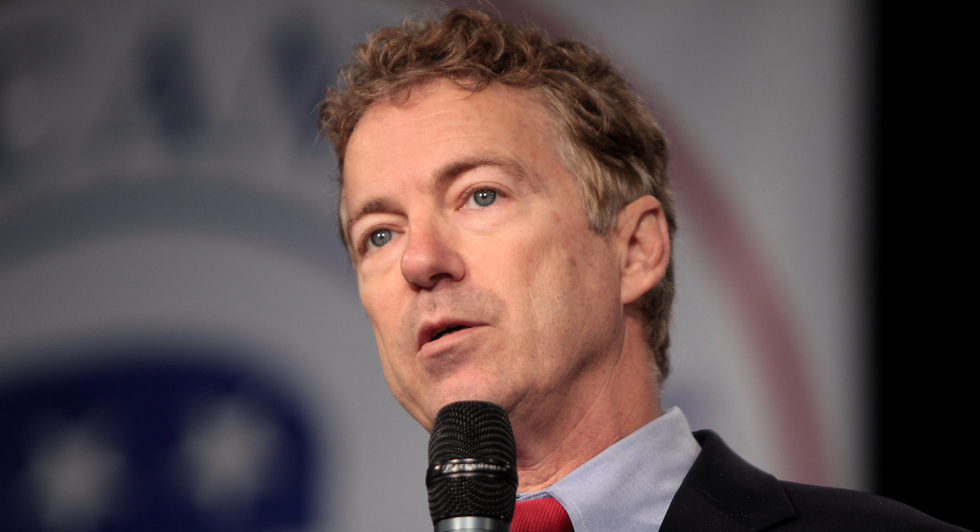 Sen. Rand Paul and 21 of his Republican colleagues in the Senate voted in favor of a radical and destructive budget proposal on Monday, but nobody seemed to notice.

The Kentucky lawmaker has been pushing similar measures for years. He has an austere vision for government, and under his plan, more than $11 trillion would be cut from federal spending over the next decade. The aim would be to reach a "balanced" budget within five years, a goal that would require drastic to cuts to every program other than Social Security. In 2020 alone, Roll Call reported, $183.1 billion would be slashed from the federal budget.

It's a wildly extreme plan that, as MSNBC's Steve Benen put it, "would obviously hurt millions of families and severely undermine the domestic economy." And all of this is in service of an unnecessary desire to balance the federal budget; as Paul Krugman has explained, governments only need to "ensure that debt grows more slowly than their tax base."

Given that 22 Republicans voted to proceed with the measure, this seems like something that should have attracted more attention. So why hasn't there been more outrage and reporting about it?

The most obvious reason is that it was never going to pass. Nothing can get far in the Senate with only 22 votes. And budget-focused stories aren't exactly the most engaging news content. So since similar budgets have failed in previous years, it may seem like old, irrelevant news.

But the proposed cuts really could be made vivid to people because of the devastating impacts they would have on American families. Cuts to valued programs like food stamps, disaster relief, or health care would likely be inevitable — all while the Paul plan refuses to raise taxes on anyone.

This is a classic story of out-of-touch politicians supporting abstract principles and the interests of the wealthy over the lives are millions of, but for the most part, the media just gives the Republican Party a pass for its extremist and unpopular views.

But whenever Democrats propose ideas that commentators in Washington, D.C., characterize as extreme, like Medicare-for-All or the Green New Deal, lawmakers in the party are forced by the press to express their position on the issue. Otherwise neutral pundits opine about how it shows the Democratic Party is supposedly losing the middle of the country with its radical plans.

So why aren't the 22 Republicans who support this extreme measure being asked to defend their position? Benen pointed out that several of the Senate Republicans who backed the bill will be on the ballot in 2020, in key states like Iowa, North Carolina, and Texas. Their support for such a drastic and extreme bill should be a major issue in the campaign. And if they try to hide from accountability for this vote, the media should hound them for an explanation.