Why a rape allegation against Trump exposed the media's core dysfunction 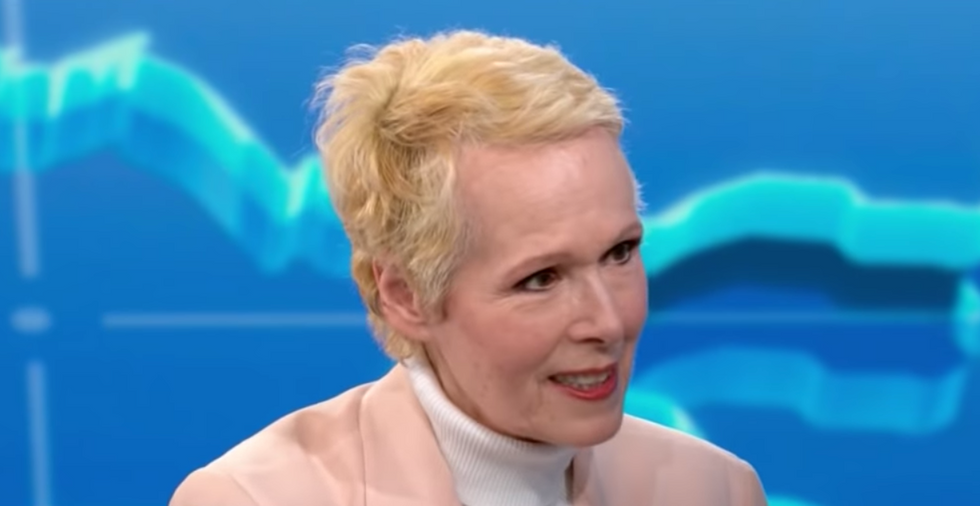 When longtime advice columnist E. Jean Carroll decided to go public in New York magazine with her shocking story of being raped by Donald Trump in a department store dressing room, she was likely prepared to be bullied and attacked by the president and his right-wing defenders. She was probably less prepared to be all but ignored by the political press.

This week's press failure shouldn't be viewed as a stand-alone event, and the lack of press coverage is an issue that extends far beyond the unfolding #MeToo movement. The press' malfunction with regards to Carroll's credible claim is part of larger, disturbing development, where the political press in this country often seems to have given up trying to hold Trump accountable in any serious way. Instead, D.C. journalists spend their days collecting his untruthful statements and passing them along as news.

It's almost as if everything that could go wrong did go wrong in the coverage of this rape story. We had The New York Times embarrassing itself with laughably tepid coverage that its editor soon had to apologize for. We had reports that an editor at Rupert Murdoch’s New York Post yanked the rape allegation story from the paper's website out of deference to the predator in chief. We had the Sunday network news programs completely ignoring the breaking news story. We had Fox News running interference for Trump. And we had Beltway journalists largely shrugging their shoulders, the same week many of them gathered for drinks to toast a fond farewell to Trump's press secretary, Sarah Sanders. Talk about priorities.

And let's be clear: The media failures all happened because the story involved Trump. And those failures represent a perfect distillation of what's gone seriously wrong with the political press in this country in recent years. Faced with the most radical player in American political history, the Beltway press has responded with timidity and deference. The press at this point has been almost completely bullied into submission, to the point where too many journalists spent the week effectively normalizing sexual assault.

The accusation itself is shocking—and credible.

According to Carroll, Trump attacked her inside the Bergdorf Goodman department store in New York City years ago, when he “lunge[d] at me, pushe[d] me against the wall, hitting my head quite badly, and [put] his mouth against my lips.” Carroll wrote that Trump then pulled down her tights and assaulted her before she was able to flee the store's fitting room. Carroll's graphic account was corroborated by two friends who recall her telling them about the traumatic event at the time. To date, nearly two dozen women have accused Donald Trump of some form of sexual misconduct.

Traditionally, when new allegations compound previous ones, adding to claims of dangerous and aggressive behavior, the press drills down, convinced that the story is growing and becoming more serious. With claims of rape and sexual assault surrounding Trump, the media has done the opposite, embracing the idea that additional allegations don't make the story worse, but instead make it … less compelling?

After initially covering the sexual assault charge in its Books section (you can't make this stuff up), The New York Times' executive editor admitted that the paper had been "overly cautious" in its coverage and that the story should have run on the Times’ homepage. (The morning after the Carroll story broke, the Times linked to 164 articles, none of which were about the rape allegation.) But guess what: Even after that admission of mishandling the Carroll story, the Times for days barely covered the allegation in its news pages.

And make no mistake, the credible allegation of monstrous Trump behavior was buried because it was about Trump—period. The Times tried to spin its failure away by suggesting that it treats big news scoops differently if they're broken by news outlets other than the Times. But I don't buy it. Do you think that if in 1994, for instance, two years into Bill Clinton's first term, New York had published a credible rape claim against Clinton, the Times would've buried the news in its Books section? Give me a break.

The Times likely would've ripped up its front page and published two or three pieces about the blockbuster claim, complete with political analysis of what it all meant for the Democratic Party, and whether Clinton’s presidency would have been able to survive. Also, recall that when Juanita Broaddrick accused Clinton of sexual assault in 1999, the story was treated as big news, on and off, for nearly two years by major media outlets. By contrast, Carroll's rape allegation wasn't even treated as big news for two days.

Also, you know how many times the Times was "overly cautious" in covering Whitewater, Vince Foster, Monica Lewinsky, and the Clinton pardons? Or the Clinton Foundation and Hillary Clinton's email server? Ze-ro. That's how many times.

Has the press become desensitized to the issue of sexual misconduct by public figures? No. We know that's not the case. Just ask Joe Biden, who this spring was the target of aggressive political press coverage regarding the inappropriate way he touched women in public. The Times ran that Biden story on its front page, which suggests that Democrats are still judged by traditional norms for male politicians and their social interactions with the opposite sex, while Trump gets a pass when credibly accused of abusing and assaulting women.

"In any other universe, in any other presidency, in any other news cycle, E. Jean Carroll’s bombshell revelations against the sitting president of the United States would have been the lead story all week long," noted MSNBC's Joy Reid this week. And she's right. But two days after the story broke, the Sunday morning talk shows on ABC, CBS, CNN, Fox News, and NBC all ignored the controversy, failing to raise the topic a single time. "The allegation went largely undiscussed by major TV networks on Sunday morning, clearing the path for yet another sexual assault allegation against the president to slip into the void," HuffPost reported.

Of course, Fox News extended that near-total blackout to its entire programming day. Over several days, the GOP network aired just four (!) minutes of Carroll coverage, and half of that brief time was set aside to air Trump's unconvincing denials that an attack ever took place.

The media fiasco in the Carroll story is just the latest in a long chain of press failures in the Trump era.