Watch: Woman who ran against Matt Gaetz in 2016 charged with battery after allegedly throwing a milkshake at him 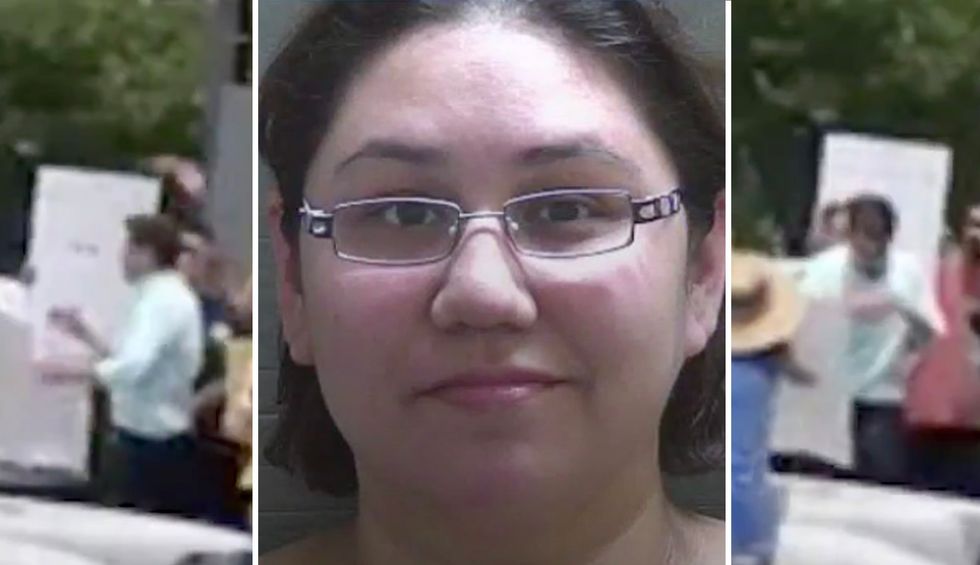 Taking a cue from protestors in the UK, a 35-year-old woman in Pensacola, FL was arrested on Saturday after allegedly throwing a milkshake at Rep. Matt Gaetz (R-FL).

In video of the incident. Gaetz can be seen exiting a town hall even at Brew Ha Ha in Florida when he appears to be struck by what police are saying was a milkshake.

The move follows similar incidents in the UK; last month, Brexit leader Nigel Farage was struck by a banana and salted caramel milkshake in Newcastle. Following the attack, Farage refused to get off a campaign bus in Rochester when protester dressed in black carried milkshakes to the event.

“There are a couple of guys… with milkshakes, they were going to throw them over him. But the police are there, we’ve spotted them and now Nigel isn’t getting off the bus,” Farage’s bus driver Michael Botton told Kent Live.

Meanwhile, back in the U.S., police arrested 35-year-old Amanda Leigh Kondrat’yev and charged her with battery. As weartv.com reports, Kondrat’yev ran against Gaetz in 2016 for the congressional seat.

On Twitter, Gaetz responded to the attack, claiming it “takes more than a drink to slow down our great team.” Although, for what it’s worth, you can clearly see the congressman “slow down” after being hit with a milkshake as he tries to identify the perpetrator — apparently with success.