Veteran conservative journalist George Will: The GOP has ‘become a cult’ of Trump 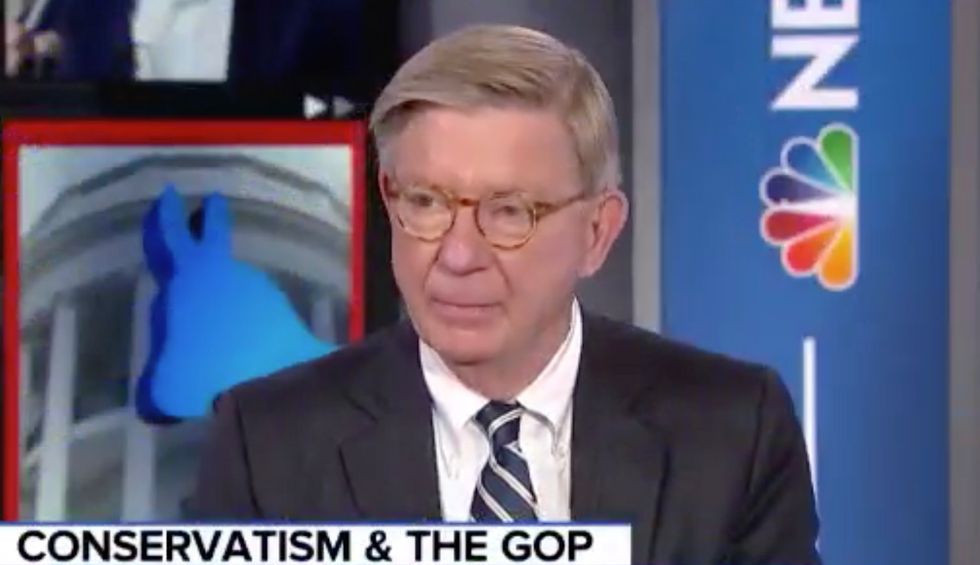 George Will, along with the late William F. Buckley, was the face of right-wing journalism in the 1970s, 1980s and 1990s. But the veteran conservative columnist/author, now 78, has felt alienated from the Republican Party in the Trump era — so alienated that he left the GOP after decades of being a staunch Reagan Republican. And in an MSNBC appearance this week, Will asserted that his former party is now taking on cult-like qualities.

Asked to discuss the GOP’s “identity crisis,” Will responded that the GOP “has become a cult because of an absence of ideas” — adding that Republicans, in the Trump era, have “jettisoned” the ideas they championed during much of the 20th Century.

Will elaborated, “Conservatives said, ‘We’re for free trade.’ Trump said, ‘By the way, you’re not anymore.’ And they said, ‘OK, we’re not for free trade anymore.’”

Discussing his new book “The Conservative Sensibility,” Will added, “What I’ve done with this book is try to say conservatism has an enormously long and distinguished pedigree of ideas. It has a momentum into the future given by these ideas. And they did not go away, and they have not been refuted by the 45th president.”

The conservative columnist was critical of some Democratic presidential candidates as well during his MSNBC appearance.

“I am staggered by the amount of time Democratic candidates for president are spending talking about things they know are not going to happen,” Will asserted. “Abolish the Electoral College, they promise….. Kamala Harris says, ‘Well, we’re going to eliminate private health insurance.’ She’s walked that back.”