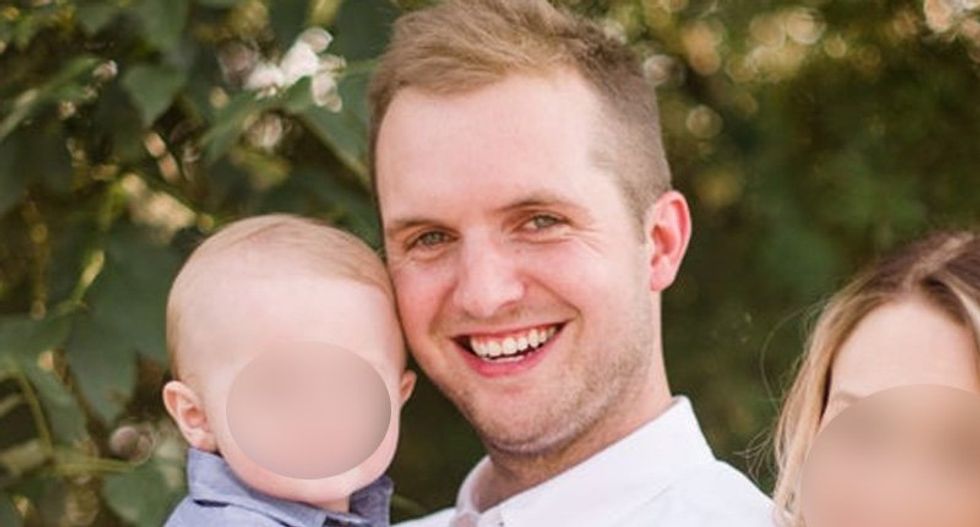 A Kentucky pastor was arrested on child sexual exploitation charges after police said he tried to arrange a liaison between himself and two underage girls.

Blackburn turned himself in to police Wednesday and was released on $5,000 bond.

The girl showed police obscene messages Blackburn allegedly sent to her, asking her and another pizza shop employee to engage in a sex act with him.

Police said the girl then took back her statement after they questioned her further, saying Blackburn had threatened to fire her for talking.

Officers obtained a warrant to search Blackburn's phone, but relatives said the pastor had thrown it into a river.

Blackburn drew national attention in 2016, when he vowed to continue playing Christian music and printing Bible verses on receipts at his pizzeria in spite of customer complaints.

"We, here at Giovanni's of Prestonsburg are unapologetically a Christ-based business that runs and operates with Christian values and principles," Blackburn said on Facebook at the time. "We wholeheartedly believe that we have been blessed the way that we have because of the goodness of God. We understand that this is not the view of every customer and/or business owner and we are not trying to push this view on anybody."

Blackburn has since deleted his personal Facebook page, along with pages for his church and pizza restaurant, which was an independently owned franchise.