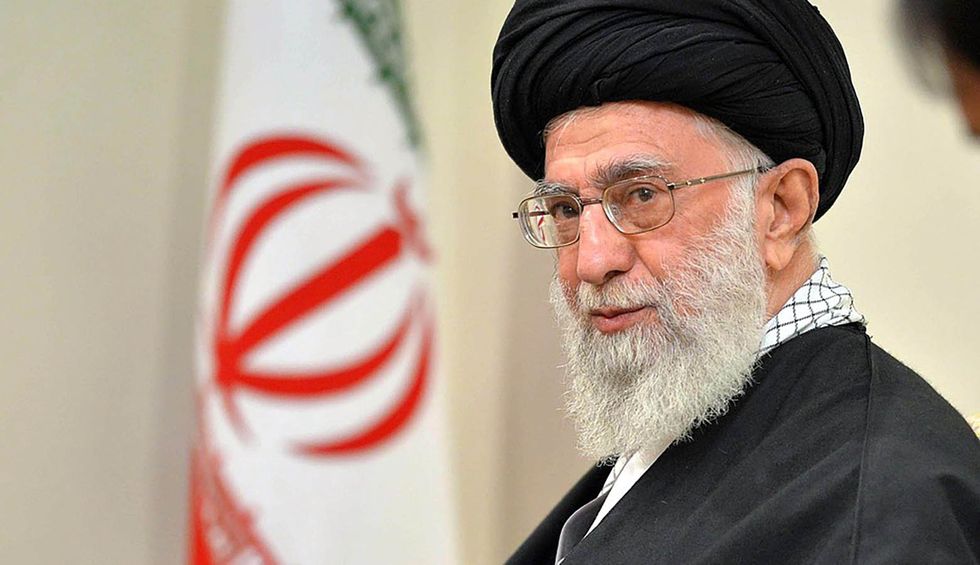 After President Donald Trump on Monday signed an executive order imposing new economic sanctions against Iran, critics denounced the punitive measures as a dangerous intensification of the same "maximum pressure" strategy that pushed the U.S. to the brink of war in the first place.

"Sanctions are what got us into this mess, more sanctions will not get us out of it," Jamal Abdi, president of the National Iranian American Council (NIAC), said in a statement. "Donald Trump needs to put his ego aside and abandon the 'maximum pressure' strategy that [national security adviser] John Bolton and [Secretary of State] Mike Pompeo have foisted on the world."

The new sanctions come just days after Trump approved, then abruptly called off, airstrikes against Iran after it shot down an unmanned American surveillance aircraft. Iran said the drone violated its airspace and urged the international community to "demand the United States to put an end to its continued unlawful and destabilizing measures."

While Trump suggested on Monday that he is open to negotiations with Iran, Abdi said the president's new sanctions seem "intended to trample on any hopes for talks."

"The strategy of maximum pressure is not designed to induce negotiations," said Abdi, "but rather to push Iran away from the negotiating table while triggering further Iranian provocations that could serve as a pretext for war."

"After coming within 10 minutes of military strikes on Iran that could very well have triggered an all out regional conflagration, Trump should have fired Bolton and Pompeo on the spot," Abdi added. "Instead, he is staying the course and driving us further towards the brink of a completely avoidable crisis of his administration's making."

Rep. Ro Khanna (D-Calif.) echoed Abdi, arguing the new sanctions will do nothing to promote diplomatic negotiations with Iran.

"New sanctions on Iran will not work," Khanna tweeted. "Consider that Iraq sanctions were harsher and for 10 years the pressure campaign did not work. Now the architects of the Iraq strategy are using the same failed maximum pressure campaign on Iran. We need de-escalation and diplomacy instead."

New sanctions on Iran will not work. Consider that Iraq sanctions were harsher and for 10 years the pressure campai… https://t.co/aXZJkoS3oz
— Rep. Ro Khanna (@Rep. Ro Khanna) 1561397663.0

During a press conference on Monday, Treasury Secretary Steve Mnuchin said he expects the new sanctions to freeze billions more in Iranian assets, further strangling an economy that has been devastated by U.S. economic warfare.

According to the Washington Post, the sanctions "will deny Iran's supreme leader, Ayatollah Ali Khamenei, and other top officials access to financial instruments."

If the U.S. actually sanctions @JZarif this week, it is a clear sign that the U.S. has no interest in negotiations and talks with Iran.
— Lily Tajaddini (@Lily Tajaddini) 1561399431.0

In an op-ed for the New York Times last week, Iranian novelist and essayist Salar Abdoh detailed the humanitarian toll of U.S. economic sanctions against Iran, which Trump reimposed last year in violation of the nuclear accord.

"The devastating impact of American sanctions has left many Iranians feeling they are already at war," Abdoh wrote. "The sanctions are ultimately about individual lives: a relative's immunosuppressive meds after a liver transplant suddenly skyrocketing in price and nearly disappearing from the market; a painter of some renown ceasing to practice her craft after 30 years because of the now prohibitive cost of art material; young professionals without jobs leaving Tehran in large numbers to try their luck in smaller, less expensive towns."

"The price of paper has increased fivefold; the price of car parts, four times," Abdoh continued. "Most fruits have become luxury items, many families can't afford meat and factories in the provinces are shutting down."

NIAC's Abdi said Trump's decision to call off airstrikes against Iran last week represented an opportunity for his administration to ditch the hawkish approach favored by Bolton, Pompeo, and other cabinet officials and reopen the door to diplomacy.

"This was Donald Trump's chance for a do-over, he may not get another opportunity to take us off the war path," said Abdi. "The Iranian government is keeping the door open to negotiating with Trump. And if Trump's bottom line is truly to prevent Iran from building nuclear weapons, now is the time for him to pause the pressure campaign, bring on officials who can negotiate with the Iranians, and pursue negotiations based on mutual respect and realistic concessions."