Scientists thought all black holes emerged from exploding or collapsed stars. New evidence throws a wrench in that 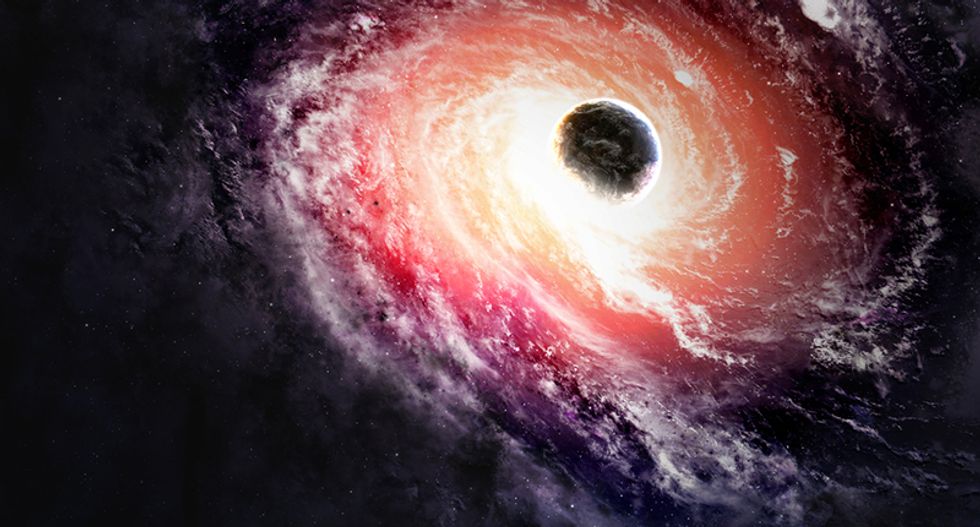 Astrophysicists have found indirect evidence regarding the formation of black holes that, if confirmed, could upend our understanding of these stellar phenomena.

A paper published in Astrophysical Journal Letters by researchers Shantanu Basu and Arpan Das of University of Western Ontario provides evidence that it is possible for supermassive black holes to form without a very big star imploding. Rather, the study says that some supermassive black holes grow very fast over a very short amount of time, and then suddenly stop growing. The new model provides scientists with an explanation on how black holes formed during the very early stages of our universe.

"This is indirect observational evidence that black holes originate from direct-collapses and not from stellar remnants," Basu, an astronomy professor at the University of Western Ontario, said in a news release.

Most black holes that we know of are created in the heart of very large stars, many masses larger than our sun. Stars, by definition, fuse smaller atomic nuclei into heavier ones, in processes that create successively larger and heavier nuclei within the star. In a sufficiently massive star with a very dense core, the gravitational force will eventually overcome the other repellant forces that keep the nuclei apart, which will result in a spontaneous collapse into a single point whose escape velocity is greater than the speed of light — by definition, a black hole.

Such collapses are usually paired with an accompanying massive explosion of said star's outer shell of gas and dust. These explosions create stellar nebulae from which new stars and solar systems form (including our own).

But the existence of supermassive black holes, those beyond ten or twenty times our sun's mass, posed a problem for astronomers. How did they form, if not from a single collapsing star? The "direct-collapse" scenario, which Basu and Das provide evidence for, suggests that it is possible for a large quantity of interstellar gas and dust (not a star) to be spontaneously shoved down into an incredibly massive black hole — one far larger than those created by individual stars going supernova.

“Supermassive black holes only had a short time period where they were able to grow fast and then at some point, because of all the radiation in the universe created by other black holes and stars, then their production came to a halt,” Basu said. “That’s the direct-collapse scenario.”

These early-universe black holes have challenged our understanding of their formation and growth in the universe. In March, astronomers announced they had discovered 83 new supermassive black holes in the early universe, representing a time when the universe was less than 2 billion years old.

It has been a big year for black hole research. On April 10, the Event Horizon Telescope Collaboration (EHT) presented the first-ever direct image of a black hole. The blurry composite embodied over two centuries of advances in mathematics, science and electronics. Prior to the image, only artistic illustrations were available to depict the mysterious singularities that warp the spacetime continuum by virtue of their huge masses, producing such gravitational force that not even light can escape.