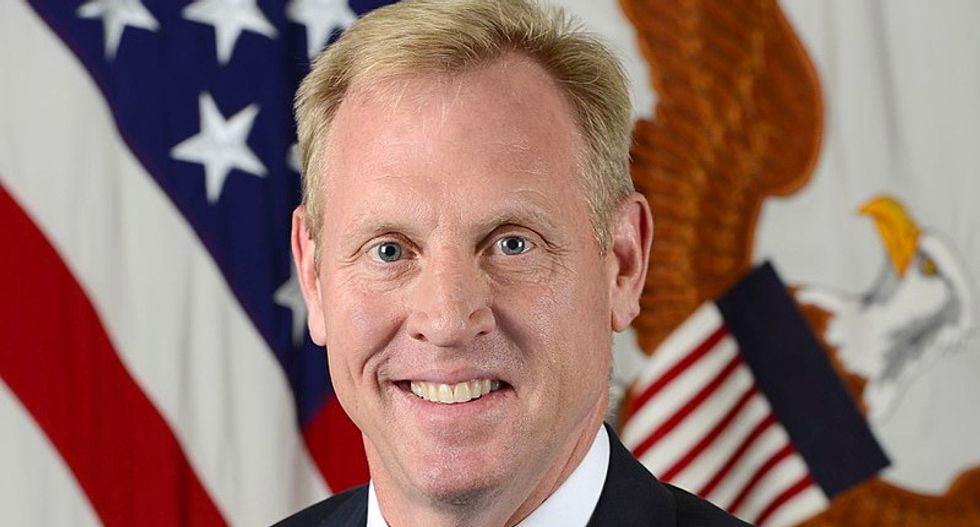 After vague reports that an FBI investigation was delaying the nomination of acting Defense Secretary Patrick Shanahan to take on his role in a full capacity, President Donald Trump announced Tuesday that he had withdrawn from consideration and was immediately stepping down from the position.

Shortly after the announcement, the Washington Post published a report that may reveal the history behind the FBI investigation and, apparently, the ultimate reason Shanahan declined to move forward.

The Post reported that Shanahan said that he was worried about incidents of domestic violence from almost ten years ago coming under scrutiny; on at least two occasions, his wife reportedly assaulted him. She claimed that he hit her as well:

Things culminated with a physical dispute in August 2010. According to Patrick Shanahan, the incident began when he was lying in bed, following an argument with Kimberley Shanahan about their oldest child.

Shanahan said he had his eyes closed, trying to fall asleep and his wife came in the bedroom and punched him in the face, then more times in his torso.

“I was seeing stars,” Shanahan said, but he didn’t react, saying he believes that only further enraged his wife.

She then began throwing her husband’s clothes out of a window, according to police and court records, and tried to set them on fire, with a propane tank she couldn’t dislodge from a barbecue grill and later with burning paper towels.

Another physical altercation ensued, with police records indicating Kimberley Shanahan swung at Patrick Shanahan. She called the police and claimed that he punched her in the stomach, an allegation he denies.

When officers arrived, they found him with a bloody nose and scratches on his face, police records show. Authorities charged his wife with domestic violence.

And in another disturbing incident, his son assaulted the wife. The assault against Shanahan's now-former wife, his son's mother, is described as being particularly brutal.

"The attack had left Shanahan’s ex-wife unconscious in a pool of blood, her skull fractured, and with internal injuries that required surgery, according to court and police records," the Post reported.

The report said that he attempted to diminish the significance of his son's, writing in a memo at the time that, "Will’s mother harassed him for nearly three hours before the incident.” Shanahan told the Post that he now regrets writing that passage.

“I have never believed Will’s attack on his mother was an act of self-defense or justified. I don’t believe violence is appropriate ever, and certainly never any justification for attacking someone with a baseball bat,” he said.