Jon Stewart blasts Congress for failing 9/11 first responders in emotional testimony for the Victims Compensation Fund: 'They did their jobs — do yours!' 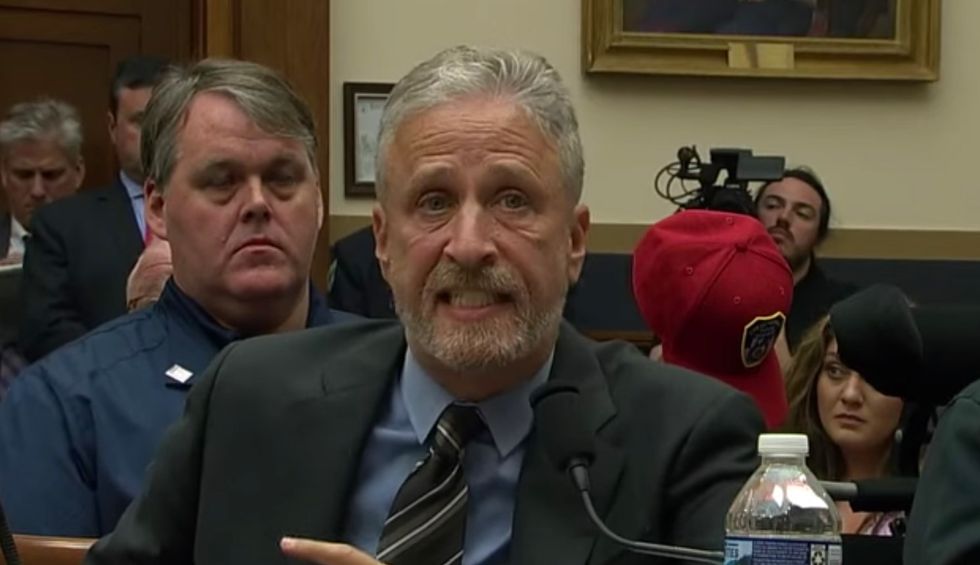 During his testimony, Stewart spoke of the courage of 9/11 first responders while criticizing members of Congress for failing to reauthorize the VCF. The program is set to end in December 2020.

“Behind me, a filled room of 9/11 first responders,” Stewart began.”And in front of me, a nearly-empty Congress. Sick and dying, they brought themselves down here to speak and no one — it's shameful. It’s an embarrassment to this country and it is a stain on this institution.”

"You should be ashamed of yourselves for those that aren't here," Stewart said. “But you won't be, because accountability doesn't appear to be something that occurs in this chamber. None of these people want to be here. But they are. They're not here for themselves. They're here to continue fighting for what's right.”

Stewart noted that the average response time by 9/11 first responders following the attacks on the World Trade Center in New York was 5 seconds. “Hundreds died in an instant, thousands more poured in to continue to fight for their brothers and sisters,” Stewart explained.

"I'm sorry if I sound angry and undiplomatic,” he continued. “But I'm angry, and you should be, too. And they're all angry as well. And they have every justification to be that way."

Stewart explained that while members of Congress failed to show up for the hearing, they managed to tweet “never forget” the heroes on the anniversary of September 11.

"Well here they are!” Stewart said. “And where are they? It would be one thing if their callous indifference and rank hypocrisy were benign, but it's not. Your indifference costs these men and women their most valuable commodity: time. It's the one thing they're running out of.”

"They responded in five seconds," the comedian continued. "They did their jobs. Courage, grace, tenacity, humility. Eighteen years later, do yours!"