How the media is legitimizing a century-old Nazi trope 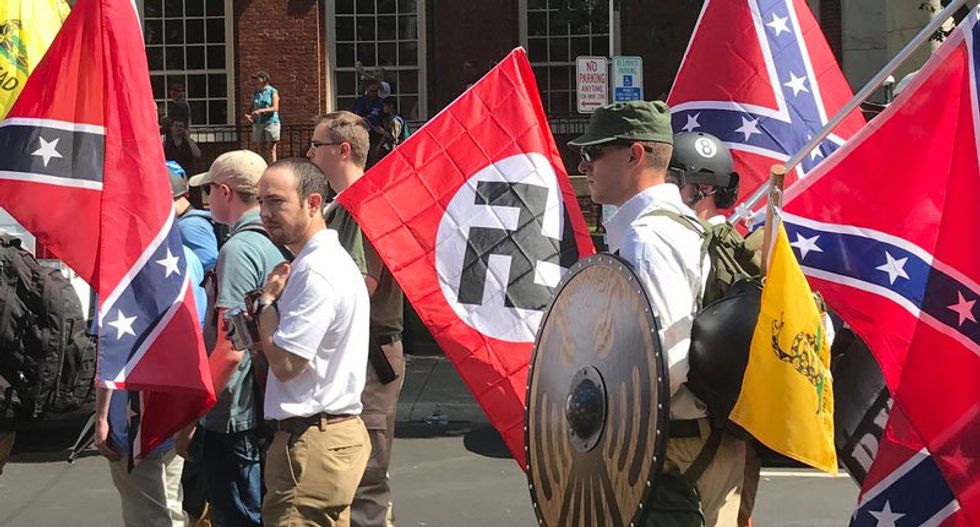 When Norwegian right-winger Anders Breivik invoked “cultural Marxism” as the reason for his 77-person killing spree in 2011, many observers placed the notion in the same category as the killer—the fringe. But since the election of Donald Trump, Brexit and the rise and re-election of other far-right governments around the globe, “cultural Marxism” has become a well-known nationalist buzzword, alongside “globalism”: Brazilian President Jair Bolsonaro denounces it, and the media empire of former White House advisor Steve Bannon revolved around fighting it.

The phrase is seeping into mainstream media discourse, a far cry from its former days as an extremist catch phrase, and it’s creating a dangerous situation with an ominous historical context.

Doing his usual shtick of a more refined version of Abe Simpson, columnist David Brooks (New York Times, 11/26/19) lamented that today’s youths “tend to have been influenced by the cultural Marxism that is now the lingua franca in the elite academy,” giving them a “clash of oppressed and oppressor groups” worldview. Also in the Times, contributor Molly Worthen (4/20/19) quoted the phrase “cultural Marxism”—not approvingly, but not explaining what it meant, either, just offering it as an example of what “conservatives” were complaining about. A Times story in 2017 (8/11/17) about a former White House aide reported that the aide believed “globalists” would “impose cultural Marxism in the United States”—again, without defining for the layperson what that might mean.

The Washington Post (like other newspapers) invoked the phrase in its reports on Bolsonaro’s rise to power last year, and even on the hipster styles of the new wave of American white nationalists: In November 2016, the Post (11/30/16) reported that the style of shaved sides with long hair combed back is “worn by men who feel their whiteness has been infringed upon by the ‘cultural Marxism’ of the Americas.” And opinion-haver Andrew Sullivan took to New York (2/9/18) to denounce “cultural Marxists” for inspiring social justice movements on campuses.

What does cultural Marxism mean for the far right? In the modern iteration, in spaces like Breitbart or Infowars, it is the belief that a failure by communists to topple capitalism through worker revolt has led to a “Plan B” to destroy Western society from the inside. By tearing down the gender binary, de-centering Christianity values, championing the weak over the privileged and creating a multicultural society, revolutionaries have unanchored traditional Western order. Everything from gay rights to Muslim immigration is, in the language of the far right, part of a plot to finish the job that radical worker organizing could not.

Suffice it to say, this is a most paranoid fantasy. Most Marxists don’t speak in these terms, and people who do advocate for immigration, multiculturalism or secularism do so out of a certain regard for human and civil rights. But the far right still obsesses that this is a historical cultural struggle.

Like others on the right, the National Review (8/9/18) saw proof of the plot in the Frankfurt School, which

was born out of a psychological need to explain why communism had failed to take root, initially in Germany but more broadly in the West. The answer that Herbert Marcuse, Theodor Adorno, Max Horkheimer and others settled on—after borrowing some ideas from Freud and Nietzsche—was that the structure of capitalist society (which they perversely and ludicrously equated with fascism) was even more totalitarian than they had realized. In other words, communism couldn’t take root because fascism already had.

It’s far from a cultural grappling with the Frankfurt School’s actual ideas, which live mostly in academia. As Spencer Sunshine, an associate fellow at Political Research Associates, points out, the focus on the Frankfurt School by the right serves to highlight its inherent Jewishness. “A piece stands in for the whole,” he said.

This isn’t one of those “yeah, it could be interpreted as antisemitic” things—it’s straight from Nazi ideology, with just enough cosmetic changes to make it acceptable for the modern right.  “Cultural Bolshevism” was the term used by Nazi critics of modernist art, which they believed to be rooted in Jewish decadence and thereby, according to Nazi logic, connected to the communist specter. As Dominic Green (Spectator USA, 3/28/19) wrote in a conservative critique of conservatives’ complaints about “cultural Marxism”: “For the Nazis, the Frankfurter School and its vaguely Jewish exponents fell under the rubric of Kulturbolshewismus, ‘Cultural Bolshevism.’”

It came into the American sector through paleoconservative writers William S. Lind and Paul Weyrich, who in a series of articles recraftedthe Nazi idea of “cultural Marxism” as a scare tactic for the American right. “These guys were all Jewish,” Lind told a Holocaust denial conference in 2002; Lind would be later be cited as a prominent influence on Trump’s nationalist agenda.

It is deeply disturbing that it is used by mainstream conservatives when it’s clearly antisemitic…. They attribute it to all these things, anything from Black Bloc to Hillary Clinton, any kind of social liberalism.

It’s not too surprising that the nationalistic right still clings onto such fascist anachronisms; it’s clearly helping them at the voting booth, from the United States to Europe to Brazil.  It’s an important mobilizing call for the far right, depicting things like immigration and secularism not simply as liberal values, but as far-left revolutionary tools.

What should be shocking is the cavalier way some traditional media, like the Times and the Post, are allowing it to live on their pages. Brooks rebrands cultural Marxism as mere political correctness, giving the Nazi-inspired phrase legitimacy for the American right. It is dropped in or quoted in other stories—some of them lighthearted, like the fashion cues of the alt-right—without describing how fringe this notion is. It’s akin to letting conspiracy theories about chem trails or vaccines get unearned space in mainstream press.

That “cultural Marxism” is a crude slander, referring to something that does not exist, unfortunately does not mean actual people are not being set up to pay the price, as scapegoats to appease a rising sense of anger and anxiety. And for that reason, “cultural Marxism” is not only a sad diversion from framing legitimate grievances, but also a dangerous lure in an increasingly unhinged moment.

Newspapers should be responsible with such phrases, and it’s easy to do that. It is common—and good practice—for mainstream journalists to avoid imprecise phrases like “pro-life,” and instead call the position “anti-abortion.” Reuters has tight rules for using the word “terrorist,” because the label is too often thrown around. For those with strong feelings about terrorism, it might have seemed insensitive, but for the sake of straight reporting, it was necessary. Brooks shouldn’t have used “cultural Marxism,” not because he should be censored, but because what he meant was “political correctness” and not (we hope) a century-old antisemitic trope.

It would be sensible, when the term is invoked by far-right extremists, to provide readers with a definition of the phrase and its origin. And unless it is invoked in a quote, writers like Brooks should be encouraged not to use it all. “They should define it as an antisemitic conspiracy theory with no basis in fact,” Sunshine said of mainstream news editors.

Failure to do that, as places like the Times and Post are guilty of, has bitter consequences. “It is legitimizing the use of that framework, and therefore it’s coded antisemitism,” Sunshine said.