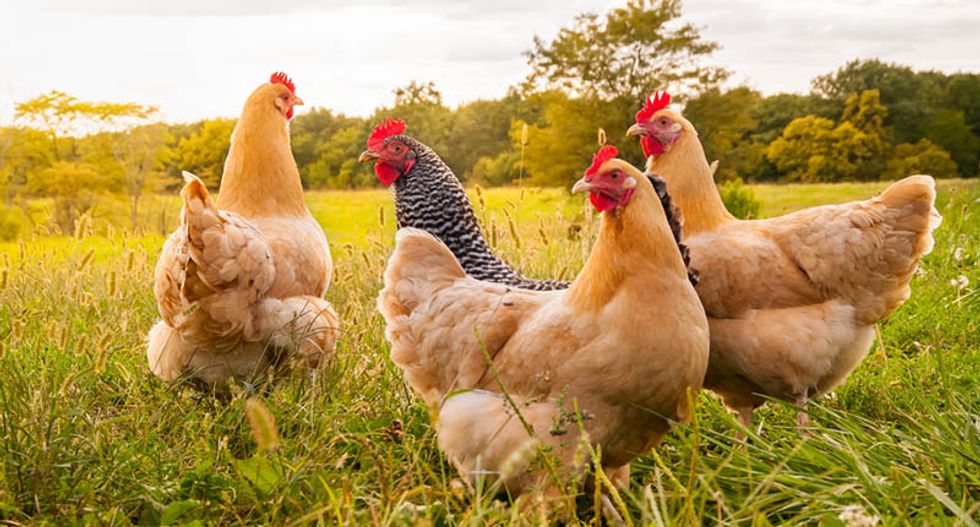 On March 1, Denny’s stopped purchasing chicken treated with medically important antibiotics for its U.S. restaurants. Many consumers might expect to see such promises at Whole Foods or their local farm-to-table restaurant, but why is a chain like Denny’s (i.e., one that is enjoyed more for its assortment of inexpensive breakfast foods than its moral standards) joining the trend to reduce antibiotics in meat?

In fact, Denny’s joins a growing group of major fast food and fast casual chains (McDonald’s, Wendy’s, KFC, Chipotle, and others) that have established policies prohibiting the use of medically important antibiotics in chicken. This is not the same as “antibiotic-free” claims, to be clear (“medically important” antibiotics are those used in human medicine; there are other antibiotics only used in animals), but it is a critical change that has been rippling through the food system for the past several years to protect human health. To explain the significance of this trend, a quick history of the problem that companies are trying to address is useful.

According to the World Health Organization, antibiotic resistance is one of the top 10 threats to global public health in 2019. When antibiotic medications are overused or misused, resistant bacteria can spread, causing treatments for common (and often serious) illnesses to become ineffective. According to the Centers for Disease Control and Prevention, at least 2 million Americans contract an antibiotic-resistant infection every year, and 23,000 will die from it.

The use of antibiotics in animal agriculture is a major part of the problem. More than 70 percent of the medically important antibiotics sold in the U.S. are sold for use in food animals. This is not because cows are particularly susceptible to strep throat; the majority of antibiotics used on animal farms are not used as treatment for diagnosed diseases in animals. Rather, most animals raised for food are raised on factory farms, or Concentrated Animal Feeding Operations (CAFOs). To produce animal products cheaply and on a large scale, animals are packed together, creating crowded, stressful and unsanitary conditions. Such conditions are inherently disease-promoting for animals. To deal with the likelihood of infections and disease associated with poor conditions without actually changing those conditions, antibiotics have become a convenient Band-Aid. As factory farming has become the predominant model for raising animals for food, more farmers have resorted to practices of routinely administering antibiotics (sometimes even delivering drugs to chicks still in the egg) to keep animals “healthy” enough to bring to slaughter. As more antibiotics are used in these conditions, more antibiotic-resistant bacteria are released into the environment.

Pressure from public interest organizations, consumers, scientists, investors and government has led to significant reductions in the use of antibiotics in food animals over the past several years, though much work remains. Consumer demand for meat raised without medically important antibiotics has steadily risen as awareness of the threat of antibiotic resistance has grown. According to Consumer Reports surveys from last year, almost 80 percent of Americans think meat producers should stop giving antibiotics to healthy animals and almost 60 percent of survey respondents said they would be willing to pay more for meat raised without antibiotics. Consumer Reports and five public interest groups have jointly published four editions of their Chain Reaction report and scorecard, which urges fast food chains to respond to changing consumer preferences and reduce the impacts of their meat supply chains on antibiotic resistance.

In line with growing public concern and the rampant growth of antibiotic-resistant superbugs, U.S. Food and Drug Administration (FDA) guidelines, which took effect in 2017, eliminated the use of medically important drugs for the purposes of growth promotion or feed efficiency. Voluntary changes by large meat purchasers are also propelling this downward trend.

The good news is that there is momentum for shifting the industry towards a healthier, more sustainable, and less destructive future. The FDA recently reported that from 2015 to 2018, sales of medically important antibiotics for use in farm animals declined by 43 percent. Consumer demand, federal regulatory trends, advocacy group pressure and shareholder action have combined to fuel this progress.

The bad news is that the uphill battle to change the food system gets a bit steeper from here. Much of the progress made so far has come from the chicken industry. While chicken producers have been able to make fairly swift changes to reduce their antibiotics use in recent years, this is not the case for other industries like beef and pork. The supply chains for those animals are more complex. So far, in the fast food industry, which has made so much progress establishing policies to avoid chicken raised with antibiotics, McDonald’s is the only major company to set meaningful standards for the use of antibiotics in the beef it purchases.

Ultimately, eliminating antibiotics in the rest of the meat supply chain will require real changes in the way conventional farming works. Furthermore, the problem of antibiotic resistance is only one of many negative consequences of the factory farming system. Factory farms are major contributors to greenhouse gas emissions, air and water pollution, and deforestation; and from a moral standpoint, the quality of life for animals raised in factory farming conditions is shockingly poor.

Antibiotics provide a window into the deep problems in the animal agriculture system that produces the majority of our meat. The current model is broken. At the same time, the progress in reducing medically important antibiotics in the chicken industry over just a few years sheds light on the potential for change. When consumers demand more responsibly raised meat, the market will respond.

Power to drive change comes in several forms. Consumers can vote with their dollars every time they purchase food that is safe, nutritious, sustainable and transparent. Purchasing food from companies that are working to support these values will help create a food system which prioritizes health and sustainability. Health and environmental advocacy groups voice concerns on behalf of consumers and communities, helping to drive policy change. Investors in food companies also have the ability to weigh in on the risks of poor company policies through engaging with the companies they own and voting in favor of resolutions requesting healthier, less harmful practices. When all of these advocates work toward a common goal, a better food system seems possible.

Christy Spees works to promote corporate accountability to ensure a safe and sustainable food system for As You Sow.