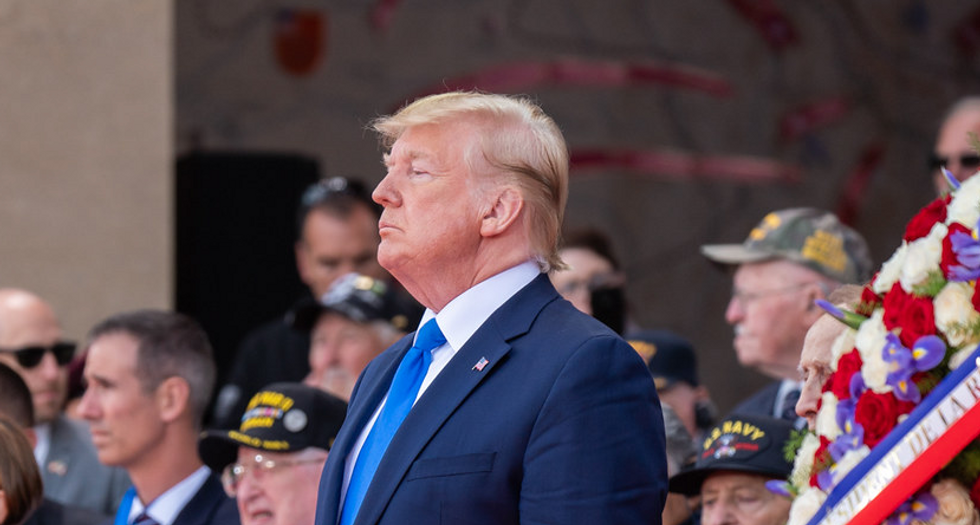 When President Donald Trump kicked off his 2020 reelection campaign this week with a major rally in Orlando, Florida, his bombastic speech left no doubt that he was taking a rally-the-base approach. The themes of his speech, from railing against 2016 Democratic presidential nominee Hillary Clinton to fear-mongering over illegal immigration, were clearly designed to fire up his base as much as possible. But according to The Atlantic’s Ronald Brownstein, Trump’s rally-the-base approach has a potentially devastating flaw: he isn’t winning over enough Americans who are happy with the state of the U.S. economy.

In a June 20 article, Brownstein asserts that “mobilizing his hardcore backers isn’t likely to” give Trump campaign “a heavy lift.” And he explains why.

“Trump’s unrelenting emphasis on stoking that base — both in his rhetoric and through his policies — creates two distinct but interrelated problems for his reelection,” Brownstein observes. “One is that he’s providing the fuel for Democrats to mobilize their own core constituencies, particularly young people and non-white voters. The second problem is even more formidable and may represent the biggest obstacle to winning a second term: his polarizing approach to the presidency is alienating an unusually large number of voters satisfied with the economy.”

Brownstein noted that on Tuesday night, Trump “demonized immigrants with sweeping condemnations. He raged, blustered and summoned his supporters to a battle for survival against Democratic opponents, who he portrayed as not only misguided on policy, but as fundamentally un-American in their aims.” What the president didn’t do, however, was deliver a speech that would convince more Americans who are satisfied with the economy to vote for him in 2020.

Brownstein notes that during the 1992 presidential election, Democratic strategist James Carville famously declared, “It’s the economy, stupid” — and, to be sure, the state of the economy can make or break a presidency. President George H.W. Bush lost to Democrat Bill Clinton that year. And during the Great Depression in 1932, incumbent Republican President Herbert Hoover was voted out of office when he suffered a massive landslide defeat at the hands of Democratic nominee Franklin Delano Roosevelt.

But in Trump’s case, Brownstein stresses, there is a disconnect between the state of the economy and his approval ratings. While Trump is able to fire up his base, Brownstein observes, he is having a hard time winning over Americans who feel positive about the U.S. economy but dislike his divisive rhetoric.

Another problem for Trump, according to Brownstein, is that there are still many voters who feel like they are struggling economically — even with lower unemployment.

“Why is a strong economy, usually an incumbent’s greatest asset, failing to lift Trump more?,” Brownstein asserts. “One reason, strategists in both parties say, may be that many voters who see positive signs in national indicators like the unemployment rate and the stock-market averages still say they are struggling to keep pace with their expenses.”

Brownstein wraps up his article by stressing that while Trump’s culture war themes can excite his hardcore base, they are unlikely to bring in new converts.

“Trump is most comfortable framing the election as a cultural confrontation in which he alone can protect his supporters against all the forces he portrays as arrayed against them: immigrants, ‘socialist’ Democrats, the media, Washington insiders, duplicitous foreign trading partners, contemptuous domestic elites,” Brownstein asserts. “In 2020, as in 2016, the nation is less likely to divide along lines of class than of culture, with Trump rallying voters uneasy about the nation’s demographic and cultural changes and with Democrats mobilizing those who largely welcome them.”