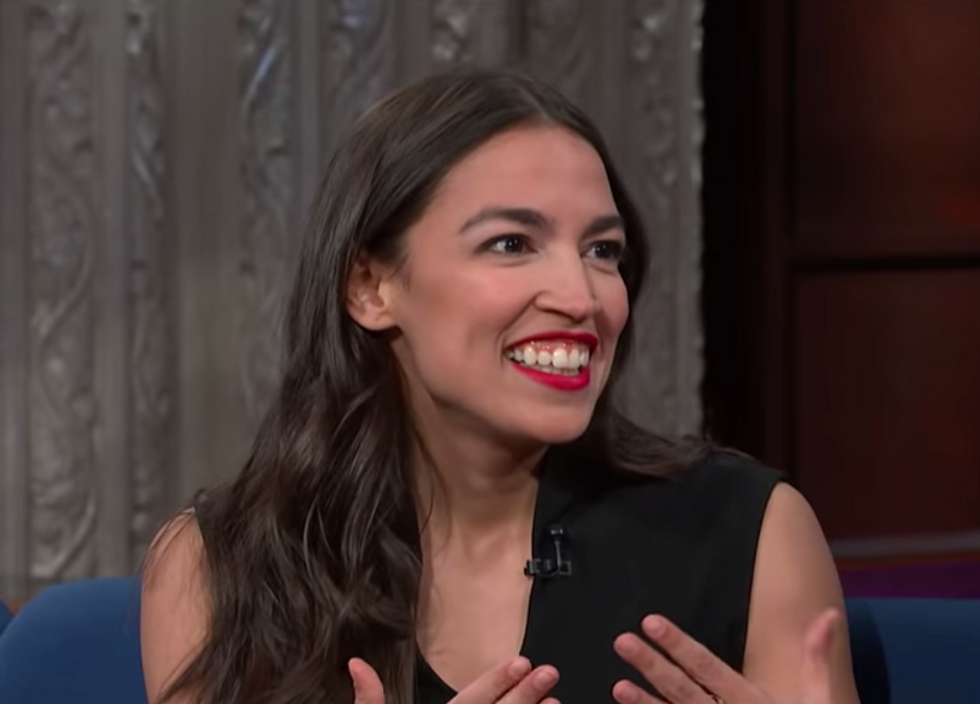 Calling for cost-of-living increases for all workers including those who serve in Congress, Rep. Alexandria Ocasio-Cortez on Tuesday decried House Democratic leaders' decision to table a spending bill that would include a small pay raise for senators and representatives.

Keeping elected officials' pay stagnant year after year is an invitation for representatives to enrich themselves through "loopholes and other forms of self-dealing," the progressive New York Democrat tweeted.

After several Democratic members from swing districts expressed concern that they'd face backlash from voters if the party approved a bill with a cost-of-living increase, amounting to an addition $4,500 per year for members of Congress, leaders postponed consideration of the proposal.

"Nobody wants to vote to give themselves a raise," freshman Rep. Katie Hill (D-Calif.) told Politico. "There's nothing good about that."

Ocasio-Cortez vehemently disagreed, explaining on Twitter that one benefit of extending cost-of-living adjustments to members of Congress is avoiding incentives for representatives and senators to accept cash from lobbyists and approve tax cuts for their wealthy donors like those included in the $1.5 trillion Republican tax law of 2017.

Members have made $174,000 per year since 2009, when Congress froze pay increases in light of the financial meltdown and recession. The average cost of living in the U.S. hasrisen by 14 percent in just the past three years, and Washington, D.C. is frequently ranked as one of the most expensive cities in the United States.

Fighting for a cost-of-living increase is not a popular position, Ocasio-Cortez said, but she argued it is consistent with her goal of reforming campaign finance, ending corruption in Washington, and fighting for fair wages for all workers.

Open Markets Institute fellow Matt Stoller agreed, writing, "You get what you pay for and if you cut the pay of public servants for a decade you get bribery and corruption."

Ocasio-Cortez and her supporters also argued that keeping public servants' compensation at the same level indefinitely keeps jobs on Capitol Hill out of reach for many Americans.

Stagnant salaries for representatives have trickled down to staffers, Ocasio-Cortez added, making internships and positions in congressional offices feasible only for a richest young workers.