Former US attorney fact-checks Trump's bogus claim that he can do 'whatever' he wants because of the Constitution: 'His power is not limitless' 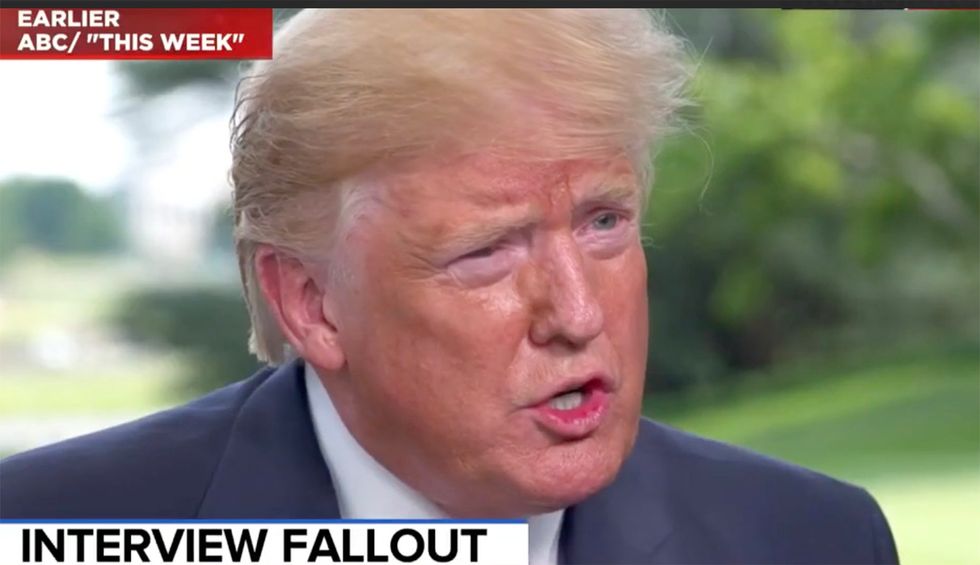 Appearing on MSNBC on Sunday afternoon, former U.S. Attorney Joyce Vance slapped aside Donald Trump’s claim that Article II of the Constitution “allows me to do whatever I want,” as the president put it.

Addressing the president’s claim, made during an interview on ABC with host George Stephanopoulos, law professor Vance bluntly pointed out that the president is no constitutional scholar.

After watching a clip of Trump claiming unchecked power as president, Vance was asked what she thought of his claims.

“The president is not a constitutional law scholar and his interpretation of Article II is just flawed, Vance explained. “Even his Attorney General William Barr wouldn’t go as far as the president seems to do anything that he wants to do”

“His power is not limitless and he is accountable under the Constitutions, ” she concluded.