Ex-GOP congressman: Kyle Kashuv's racist and anti-Semitic remarks are 'exactly what we see' from mass shooters 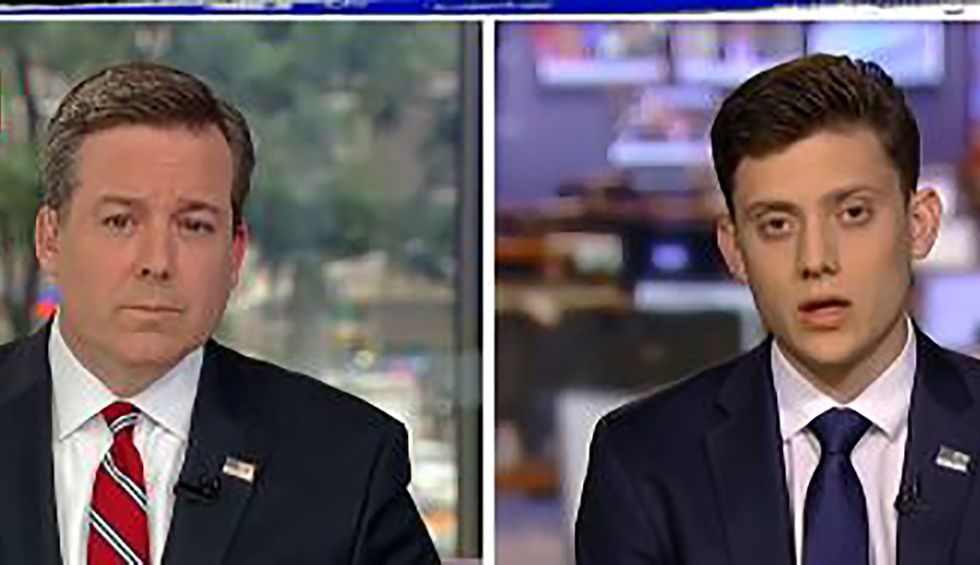 Former Republican U.S. Congressman David Jolly is blasting conservatives defending 18-year old Kyle Kashuv, and warning them that the remarks the Parkland massacre survivor are similar to those made by mass shooters themselves.

Kashuv drew massive right wing support on Monday after revealing that two weeks ago Harvard rescinded their offer of admission after learning of comments he made when he was 16. Among them, writing the "N" word 11 times in a row on a group Google document, saying a fellow student, a girl, liked "N*gg*rjocks," and – which has not been widely reported, wrote, “fuck the Jews” and “kill the fucking Jews.”

Conservatives are defending Kashuv and attacking the Ivy League institution, saying the teen should not be held responsible for comments he made when he was in high school, and prior to what he says was a life-changing event – namely, the shooting at Marjory Stoneman Douglas High School.

"It is not Harvard's role to reform him," Jolly said of Kashuv, while speaking on MSNBC Tuesday morning.

Noting that "within our culture we have leaders who are giving greater permission to racist statements and people with racist feelings, they're giving them greater equity," Jolly said Harvard is right to say, "not in our community" to Kashuv.

"This story is greater than Harvard," Jolly continued, noting that what Kashuv wrote, as HuffPost reported, was "kill the effing Jews," Jolly said.

"He posted the 'N' word repeatedly, and he referred to one of these shoot-em-up video games and suggested that they should put a map of that up on his high school," the former Florida Congressman said.

"This was two years before Parkland, but my immediate reaction when I dug into this, these are the social media postings we see of a shooter, and we ask, 'where were the signs?'" he charged. "This is exactly what we see."

Stephanie Ruhle asked, "Is that too far?"

"These are the exact posts we find of people, particularly those who advocate for stronger gun rights."

Jolly noted that Kashuv has "been given an audience with the President of the United States in the Oval Office. By Nikki Haley as well. By Vice President Mike Pence."

"You have to question, how do we promote somebody with these social media postings in their background?"

"The young man deserves redemption. But he also deserves a closer look to whether somebody with this profile should be able to purchase a firearm under the gun laws of the United States."