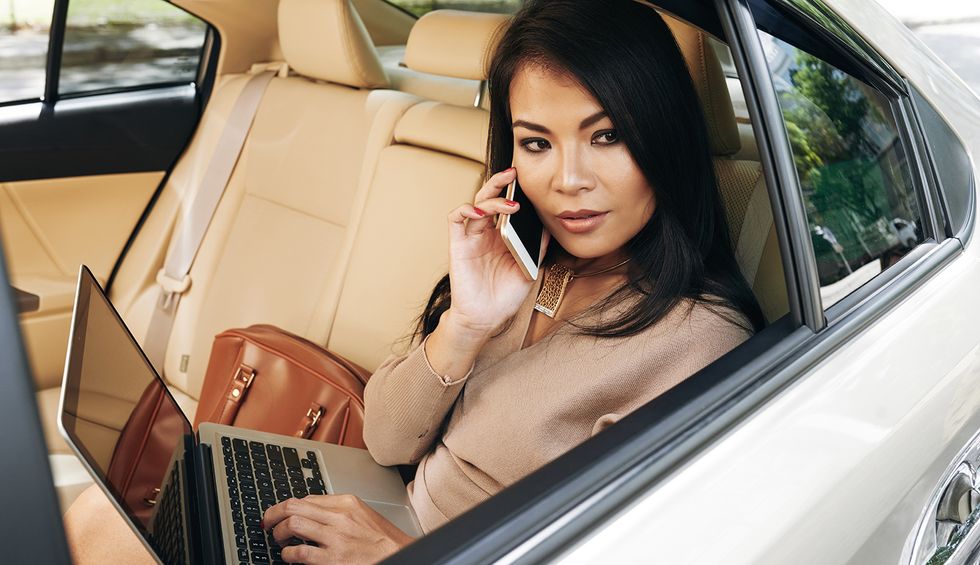 When we talk about the wealthy, who are we really referring to? Is it the billionaires on private jets? The neighbors up the street who seem to always have the flashiest new cars and exotic vacation photos?

This election season, a number of candidates have floated proposals to tax the wealthy to address extreme inequality and finance new spending programs. Often left unsaid is which segment of the wealthy they’re referring to and why taxing the very rich is necessary for everyone to prosper, both to raise revenue and put a brake on the undemocratic concentration of wealth and power. The truth is we need these taxes on the rich, now more than ever. To get there, we need a deeper understanding of who we mean by “the rich.”

A decade ago, journalist Robert Frank offered a helpful overview of the wealthy in his 2007 book, Richistan: A Journey Through the American Wealth Book and the Lives of the New Rich. I’ve adapted Frank’s concept to present a road atlas to the villages of today’s Richistan, USA. These villages include: Affluentville, Lower Richistan, Middle Richistan, Upper Richistan, and Ultra-Wealthyville.

Affluentville is home to most of those in the top 10 percent of the wealth distribution. Residents of Affluentville have household incomes over $150,000 and personal wealth, defined as assets minus debts, ranging from $1 million up to about $3 million. Their ranks total about 10 million households.

Most residents of Affluentville draw their income from high-end salaries, so they will be more directly affected by tax increases on earned income—unlike those in upper Richistan, whose income comes from investments and capital gains.

They may drive nicer cars, but still sit in traffic on the way to work. They are very concerned that their kids don’t lose economic status. Thus, they invest heavily in tilting the scales in their favor—hoarding public K-12 education dollars into the wealthiest school districts, securing legacy admissions to top-tier universities and internships at their friends’ law firms.

Tax policies that are aimed at Upper Richistan but reduces the cost of higher education and health care could win allies in Affluentville. This includes U.S. Sen. Bernie Sanders’ College for All and Medicare for All bills, as well as U.S. Sen. Cory Booker’s American Opportunity Accounts baby bond bill.

Lower Richistan includes approximately 3 million households with total wealth between $3 million and $10 million. According to our analysis of the 2013 Federal Reserve Survey of Consumer Finance, adjusted to 2015 figures, these are the 98th and 99th wealth percentiles.

If the objective of tax policy is to thwart plutocratic power-building, then we need to aim higher than Lower and Middle Richistan. If the goal is to maximize revenue, from say a luxury real estate transfer tax or broad-based income tax, then you want to include these folks.

Middle Richistan is inhabited by the almost 2 million households that represent most of the top 1 percent of wealth holders. The wealthiest 1 percent have assets over $10 million, and average $26 million.

Middle Richistan is where residents start to own their own jets, or at least fractional ownership of a private plane. They own multiple homes. Many have yachts.

The people in this group have been huge beneficiaries of four decades of tax cuts, neoliberal trade policies, and other public policies that benefit asset owners at the expense of wage earners.

Sen. Sanders’ progressive estate tax bill, “For the 99.8% Act,” would tax the estates of those who inherit more than $3.5 million with a sliding scale rate that rises to a 60 percent rate on wealth transfers over $1 billion.

Upper Richistan is home to roughly 160,000 households with wealth between $20 million and $100 million, the richest one-tenth of 1 percent. Their incomes alone start at about $3 million annually. This group received more than 90 percent of the income and wealth gains in the decades after the 2008 economic meltdown.

Upper Richistanis must come up with creative strategies to hoard their wealth and influence. These includes using private charitable foundations that fund right-wing think tanks, co-opt academic institutions, and support campaigns on their favorite issues.

Raising the income tax rate to 70 percent on Upper Richistani income over $10 million, as proposed by U.S. Rep. Alexandria Ocasio-Cortez, would raise an estimated $720 billion over a decade. Unfortunately, it would not touch income from capital gains and dividends that accounts for half the income of this group.

A potentially more effective way to tax this group would be to tax all adjusted gross income over $2 million with a 10-percent surtax. Because it would include capital gains income, it would raise $75 billion annually and over $850 billion over the next decade, even with a lower rate.

Ultra-Wealthyville is home to the 16,000 households in the richest 1 percent of the 1 percent (the 0.01%), including the roughly 540 billionaires in the U.S. They have wealth starting at $110 million and incomes starting at $11 million.

Some of them, but not all, own private jets, but they could if they wanted to. They collect houses around the globe, many of which function merely for “wealth storage,” parking their money in a place that’s safer than financial markets.

They’re known for dodging taxes. Research suggests that households in the top 0.01 percent with wealth over $40 million, evade 25 percent of personal income and wealth taxes. According to one estimate, this is roughly $7.6 trillion, or 10 percent of the world’s wealth. Thus, we need a much bigger investment in tax enforcement for this group.

U.S. Sen. Elizabeth Warren’s proposed annual wealth tax would institute a higher 3 percent rate on assets over $1 billion. The total tax would generate an estimated $2.75 trillion in revenue over 10 years. No candidate has yet come forward with a luxury consumption tax, such as a tax on private jets, which would fall largely on this group’s largesse.

In the end, all residents of Richistan need to be called on to pay their fair share of taxes and to make meaningful contributions to the well-being of the country and the planet. This starts with understanding who these people are and how a serious restructuring of the rules can get us there.