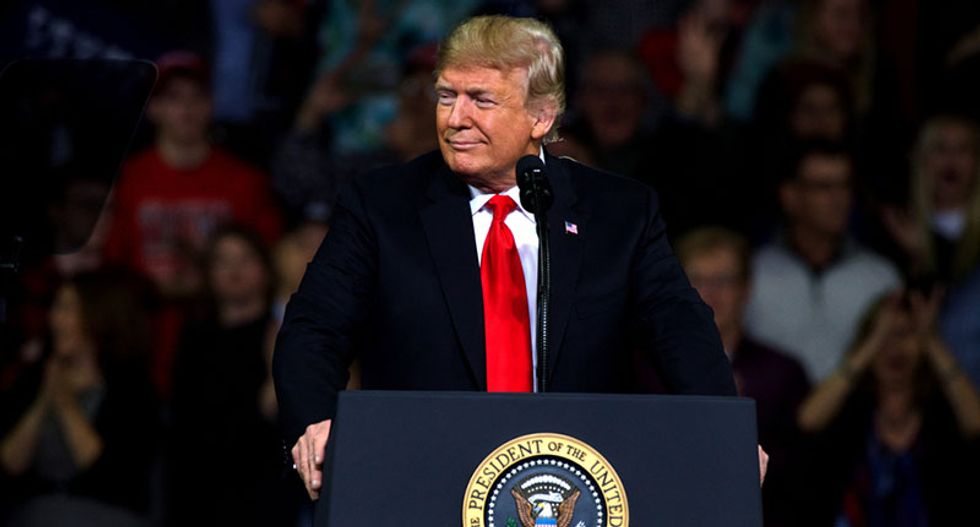 Donald J. Trump will go down in history for, among many other things, being the first president of the United States who fired members of his administration via Twitter. The president uses Twitter for a variety of purposes, from attacking political opponents to bragging about his policies. And communications professor Brian L. Ott (author of the book “The Twitter Presidency: Donald J. Trump and the Politics of White Rage”) asserts in a USA Today opinion piece that the “rhetorical bombs” Trump unleashes via Twitter are terrible for American democracy because of their ability to “obscure the big picture.”

Ott, who teaches at Texas Tech University, notes in his article that because Trump “tweets and speaks in micro-messages, it is easy for his defenders to dismiss their significance.” But according to Ott, one outrageous tweet from the president that grabs the media’s attention can have the effect of distracting from other outrageous tweets he has posted.

Trump, Ott explains, bombards the Internet with so many offensive tweets and short messages that the public has a hard time keeping up with all the outrages — and is bound to forget some of them.

“Two weeks from now,” Ott asserts, “we likely won’t be talking about the president’s revelation that he’s willing to break the law or his racist discourse on immigration, which has led to the deaths of migrant children in U.S. custody, because he will have tweeted or said something equally offensive, cruel and undemocratic.”

Ott concludes his piece by stressing that while Trump’s tweets are brief, they have a cumulative effect of undermining “American norms.”

Trump’s rhetoric, Ott observes, “may look like little more than dabs of paint, coming as it does in colorful microbursts on Twitter and TV, it is more accurately described as precision-guided bombs — bombs that are dropped on American norms, principles and institutions week after week. But we never see the full extent of the destruction wrought by these rhetorical bombs because we don’t see them as bombs at all, and we certainly don’t see them all at once.”