'As ugly as could be': New report details Trump's strict prenup from his second marriage 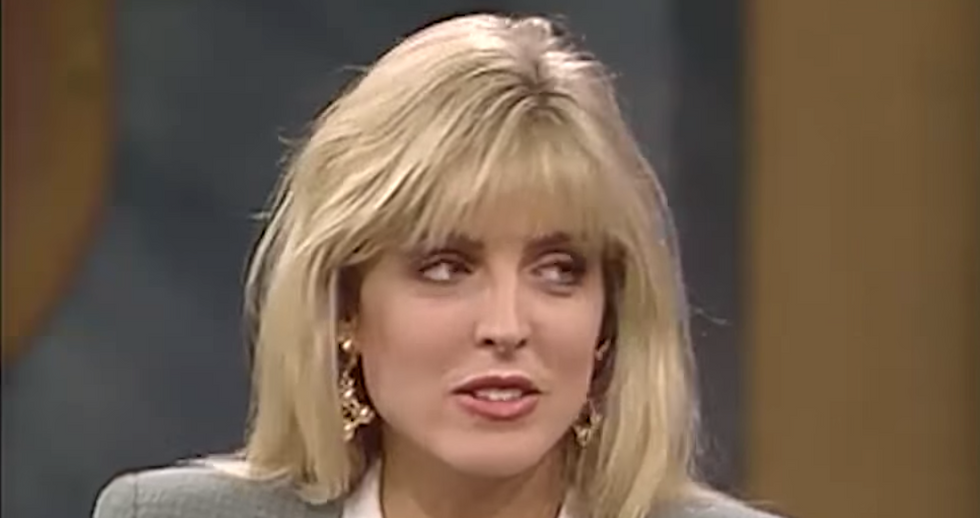 Reporter Gabriel Sherman of Vanity Fair published a story Tuesday laying out the details of President Donald Trump's prenuptial agreement with his second wife, Marla Maples, a document Sherman said he received from an anonymous source.

He said the prenup was "as ugly as could be," and that despite Trump's claims to have massive amounts of wealth, he only agreed to give Maples $1 million if they divorced.

The documents reportedly said Trump was worth $1.17 billion, though Sherman noted that he had an incentive to overestimate. Were he to undervalue his assets, Maples might have been able to ask for more money when they divorced. Sherman also noted that Trump's accountants didn't confirm his bold claims about his net worth, and his specific claims about the values of his property show him to be an exaggerator:

To keep himself in the nine-figure club, Trump provided extremely optimistic values for his real estate assets. For instance, he stated the Taj Mahal was worth $1.25 billion, even though it had trouble making debt payments virtually from the moment it opened. (In 2017 it sold for 4 cents on the dollar.) He valued the Trump Castle and Trump Plaza casinos $450 million and $650 million, respectively. (Both went bankrupt in 1992.)

More than anything, the prenup shows how fiercely Trump wanted to protect the money he did have. Maples reportedly wanted $25 million, but Trump agreed to pay her only $1 million if they separated within five years, plus another $1 million to buy a house. Trump also would stop making $100,000 child support payments for Tiffany when she turned 21. The agreement states that Trump’s payments would cease earlier if Tiffany got a full-time job, enlisted in the military, or joined the Peace Corps.

Sherman said that Trump essentially backed Maples into a corner to sign the agreement. Maples reportedly wanted a better deal, but Trump held firm, and she believed they would be able to renegotiate after five years. Tiffany had already been born. And according to the report, Maples only agreed to the prenup within a day of their actual wedding, with Trump poised to back out if she didn't agree. They separated after four years.

“This was the big battle all along,” Maples told Vanity Fair of the negotiations at the time.