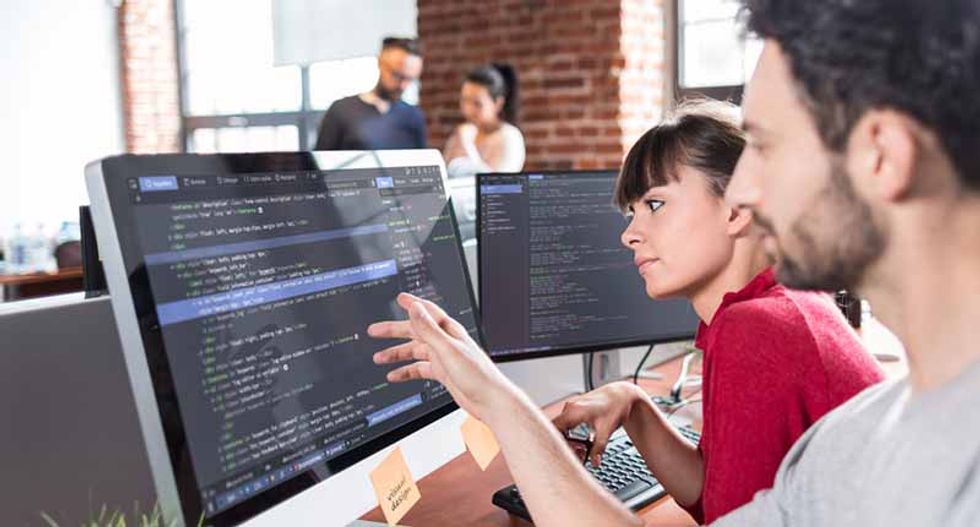 Digital technology easily be used to manipulate who is and isn’t seen in a photo, and as it turns out, the photo that GQ recently published of Silicone Valley techies visiting the home of Italian designer Brunello Cucinelli was altered to include two women who weren’t part of the original pose.

In the doctored photo that GQ published, 17 people are shown visiting Cucinelli’s home in Italy: 15 men and two female execs (SunRun CEO Lynn Jurich and Peek CEO Ruzwana Bashir). But an investigation by BuzzFeed News has revealed that Jurich and Bashir weren’t in the original pose. Images of Jurich and Bashir were digitally added to what was originally a photo of 15 men and no women.

The doctored photo, according to BuzzFeed’s Ryan Mac, was posted on Cucinelli’s Instagram account on May 30 and was reused by GQ for its June 4 article. Mac, in a June 12 article for BuzzFeed, explains, “On Monday, I read the GQ story about the tech trip to Cucinelli’s village in Solomeo, Italy and found the picture to be a bit suspicious.”

Mac explains why, writing, “At first glance, the woman in the back row, identified by GQ as SunRun CEO Lynn Jurich, has a slightly pixelated face. Her lighting and coloring appear different from the rest of the photograph’s subjects, and her head isn’t quite in line with what is supposedly her leg and foot.”

Further, Mac adds, “In a second, more candid Instagram post from Cucinelli, Jurich was nowhere to be found.” And Mac explains that in the doctored photo published in GQ, Bashir “makes no contact with the other participants, while the lighting on her upper body and legs differs from the lighting patterns in the rest of the photo.”

When Mac investigated the matter, a Cucinelli spokesperson explained why the 15-man photo was doctored — telling BuzzFeed, “When we realized we didn’t have a shot where all attendees were represented, we added in photos of two female CEOs taken during the weekend. The photos were shared and approved with all the participants — including the two women, Lynn Jurich and Ruzwana Bashir — before posting them on Instagram. And they also shared the group photo on their own Instagram handles.”

The statement continued, “We meant no harm or had any malicious intent in doing this, and we are sorry.”

GQ, according to Mac, was unaware that the photo had been doctored when it published the June 4 article — and it has since removed the doctored photo, stating, “An image provided by a Brunello Cucinelli representative that did not meet GQ’s editorial standards was removed from this story.”