‘A bad Democratic senator is a whole lot better than a Republican one’: If Joe Manchin leaves the Senate, his GOP successor will be even worse 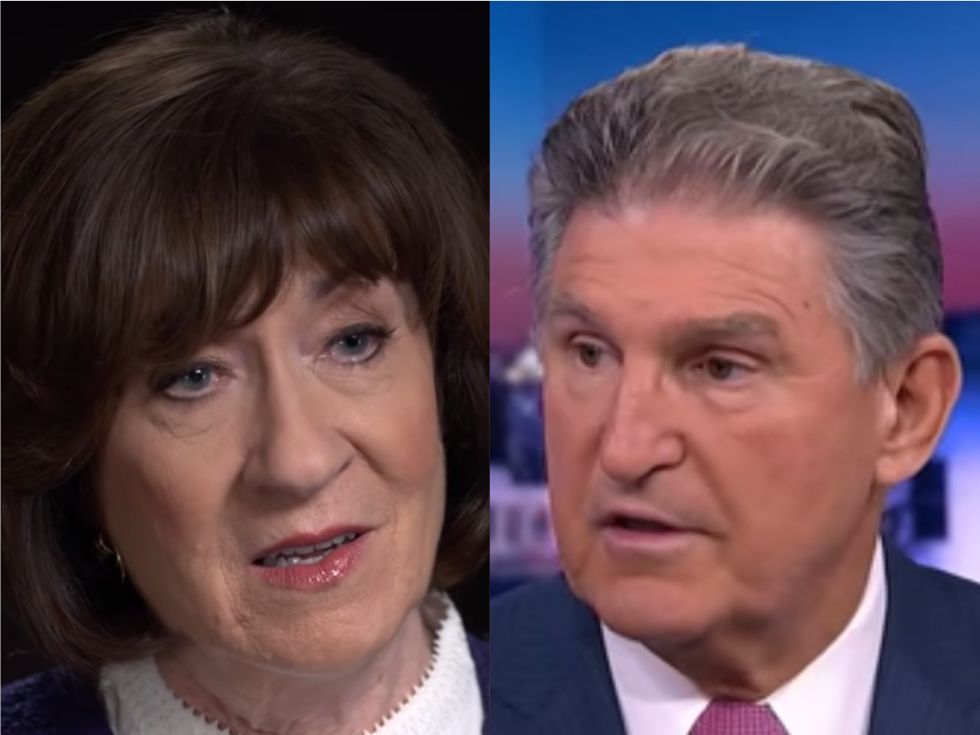 On Thursday, The Hill reported that West Virginia Sen. Joe Manchin, feeling fed up with the bitter partisanship in Congress, is considering leaving the U.S. Senate — and some of his allies are urging him to run for governor. The reaction of some liberals and progressives is that Manchin — arguably President Donald Trump’s strongest Democratic ally in the U.S. Senate — won’t be missed if he does, in fact, step down. But journalist Eric Levitz, in a piece for New York Magazine, disagrees, stressing that “a bad Democratic senator is a whole lot better than a Republican one.”

Levitz is quite critical of the 71-year-old Manchin, who was reelected in 2018 and would be in the Senate until January 2025 if he served out the rest of his six-year term. And the journalist has a lot of complaints, writing, “Joe Manchin is a bad Democratic senator. He opposes the Dream Act and supports a border wall. He voted against LGBT rights, and for confirming a vengeful Republican operative to the Supreme Court.”

The “vengeful Republication operative” Levitz is referring to is, of course, Justice Brett Kavanaugh.

Levitz acknowledges that because “West Virginia is a deep-red state,” Manchin “probably does need to buck the progressive line on some issues.” But Manchin, Levitz complains, is “far more conservative than he needs to be.”

However, Levitz goes on to say that despite all that, it will be bad news for Democrats if Manchin does leave the Senate and his West Virginia seat ends up in Republican hands. For one thing, Levitz, explains, “Without Manchin’s butt in that seat, it’ll be close to impossible for Democrats to retake the Senate in 2020.” And as often as Manchin has voted with Republicans, Levitz emphasizes, there have also been times when he stood with his party on important issues.

“When Mitch McConnell and Paul Ryan tried to throw millions of low-income Americans off Medicaid, gut protections for people with preexisting conditions and give giant tax breaks to the rich and corporations, West Virginia’s Republican senator played ball,” Levitz notes.

Levitz goes on to explain that if Democratic Sen. Doug Jones loses to a Republican in Alabama in 2020 and Manchin’s West Virginia seat ends up in GOP hands, Democrats will likely be stuck with McConnell as senate majority leader after 2020.

“Joe Manchin is awful,” Levitz laments, “but also, conceivably, our only hope.”