9/11 first responder busts Trump for lying about helping them: ‘There’s no meeting’ 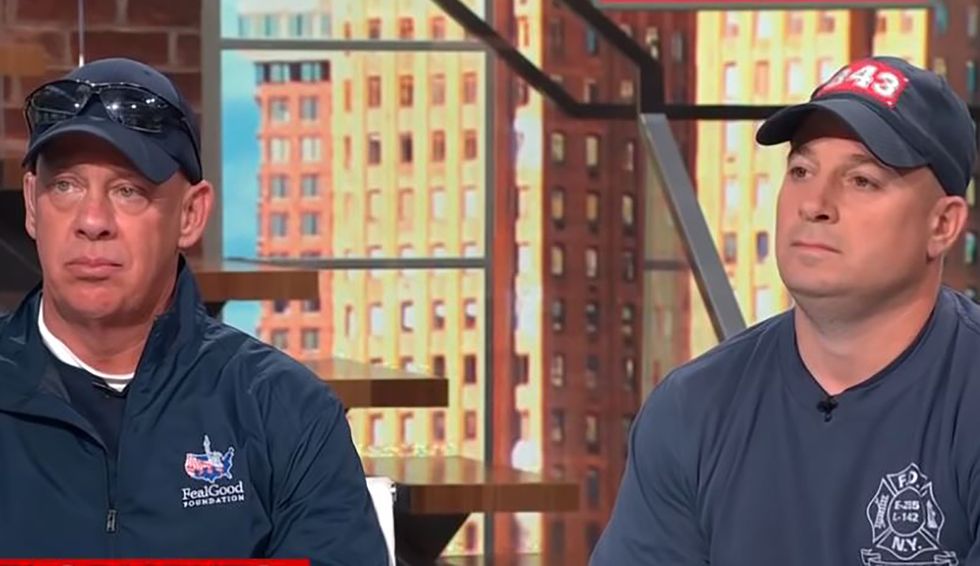 Appearing in CNN’s New Day, two New York City first responders trashed Congress for its foot-dragging over providing funding to help those afflicted by illnesses directly related from the 9/11 attack.

Speaking with hosts John Berman and Alisyn Camerota, 9/11 first responder John Feal first took shots at Senate Majority Leader Mitch McConnell (R-KY) and Sen. Lindsey Graham (R-SC) before getting around to recent comments made by President Donald Trump where he claimed he was having a meeting with representatives of the firefighters and police this week.

In an interview with NBC’s Chuck Todd, the president noted the work being done by former “Daily Show” host Jon Stewart to help get legislation pushed through, and said that he is taking a personal interest in the 9/11 victims’ plight.

“Memorials have been built,” Trump told Todd. “Tremendous amounts of money, but there are still people that are sick and I have a meeting on it next week.”

“So that would be this week,” host Camerota pointed out. “What’s the meeting that he has?”

“I’m privileged to pretty much everything and I know of no meeting, I don’t know how else to say that,” replied Feal, who was severely injured on 9/11.

“You have heard of no meeting that would involve anybody on your side on your team with the president?” Camerota pressed.

“No, ma’am, there’s no meeting yet, and frankly, the White House isn’t even needed yet,” he replied. “Let them deal with that when we get past the Senate and let the president sign this bill into law. Right now we’re focused on a meeting with Mitch McConnell, and then anything that happens after that, the White House can get involved.”