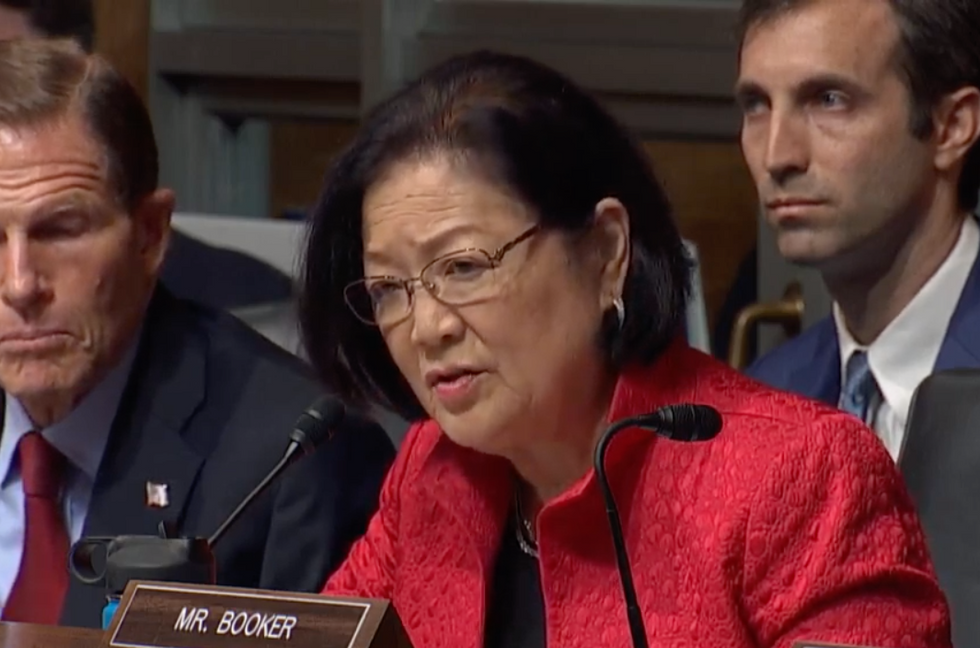 While many Democrats were critical of Attorney General Bill Barr's handling of Special Counsel Robert Mueller's investigation, Hawaii Democratic Sen. Mazie Hirono's fierce arguments stood out Wednesday afternoon when she unleashed on the Trump appointee in a public hearing.

In his defense of President Donald Trump, Hirono said, Barr had behaved no better than Rudy Giuliani or Kellyanne Conway.

"Being attorney general of the United States is a sacred trust," she said. "You have betrayed that trust. America deserves better."

She continued: "You put the power and authority of the office of the attorney general and Justice Department behind a public relations effort to help Donald Trump protect himself. Finally, you lied to Congress. You told Rep. Charlie Crist that you didn't know what objections Mueller's team might have to your so-called summary. You told Sen. Chris Van Hollen that you didn't know if Bob Mueller supported your conclusions. But you knew. You lied. And now, we know."

She also called on him to resign.

At the end of her time, Senate Judiciary Chair Lindsey Graham was clearly infuriated by her statements.