White House gets skewered for its onslaught of embarrassing typos 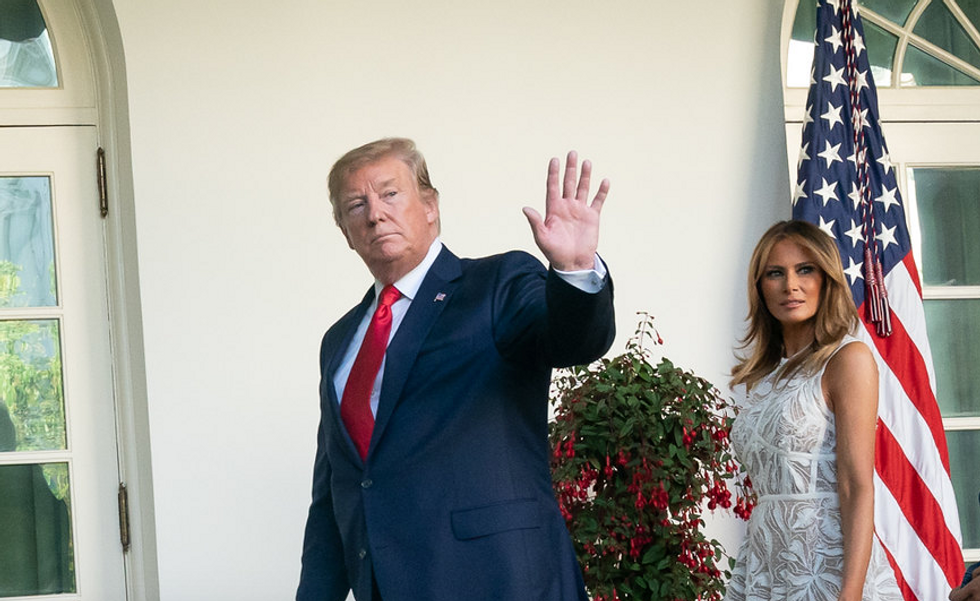 We all know President Donald Trump has difficulty spelling and often botches his tweets. But to be fair, precise typing and spelling ability is actually something of a particular skill, and its absence doesn't necessarily tell you all that much about a person.

But for any large and powerful organization, there are usually teams of reviewers who scrutinize any formal statements or texts before they go public. They hire people who are in charge of avoiding sloppiness, for catching any errors before they're sent out because clear and formal communication sends an important signal to the world. And it's clear that this level of review is either missing or negligent at the White House.

@PressSec I attended the Massachusetts Institution of Technology before I transferred to Trump University https://t.co/Hz3ZirGaEA
— Trinh Pham (@Trinh Pham) 1557441357.0

Now, on the one hand, these are just goofy mistakes (though curiously, they all seem designed to infuriate people from Boston). Anyone can make mistakes — even news outlets make typographical errors.

But this kind of repeated sloppiness from the White House is concerning given the tremendous power it and its statements hold. Mere typos from the White House have already spooked the globe. About a year ago, the White House sent out a statement saying it believed Iran "has a robust, clandestine nuclear weapons program." But it later said this was a clerical error and that it meant to say Iran "had" such a program. This miscommunication — if that's what it was, and the explanation is believable given the other mistakes — was sent across the world, as ABC News recounted:

By using the word "has," the statement implied that Iran continued to work on its secret nuclear weapons program – which would have constituted a violation of the 2015 Joint Comprehensive Plan of Action, also known as the Iran nuclear agreement.

The error reverberated across the globe, catching the attention of two prominent Middle Eastern publications, Haaretz and the Jerusalem Post, causing confusion over whether the United States currently assesses Iran’s nuclear weapons program to be active.