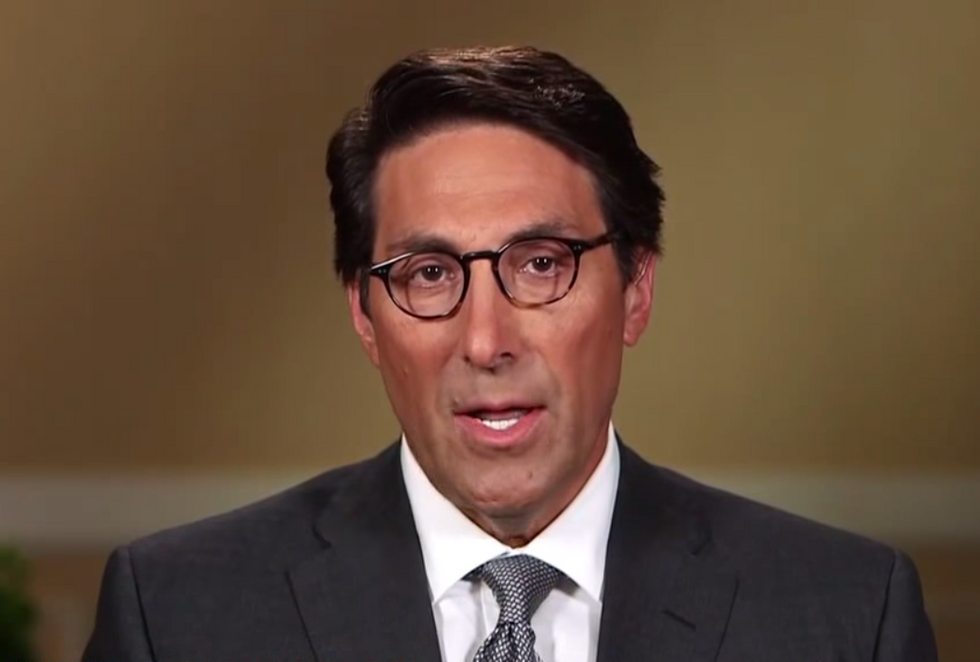 House Democrats are pursuing information about President Donald Trump's lawyers and whether they might have helped in the effort to obstruct the Russia investigation, the New York Times revealed on Tuesday.

There's ample evidence to justify such an inquiry. Special Counsel Robert Mueller's report lays out numerous instances in which Trump appears to have been attempting to influence the testimony of witnesses, in particular, Paul Manafort and Michael Cohen. It's likely that there is also discussion of Trump's efforts to influence Roger Stone, but the relevant part of the report is redacted.

Many of these instances, though, do not involve Trump directly, but lawyers working on his behalf. For example, Mueller cites Rudy Giuliani's open discussion of a potential pardon for Paul Manafort, which appears to be part of an effort to keep the former Trump campaign chair quiet. And indeed, such an effort seems to have worked — while Manafort agreed to cooperate with investigators, Mueller later concluded that he had lied to them.

Though Giuliani is the only of Trump's lawyers to be named in the report, there are other indications that his attorneys were sending signals to witnesses that they could be taken care of and that they need to simply follow the party line. Cohen, who has pleaded guilty to lying to Congress, said that the false testimony he gave to lawmakers was reviewed and edited by Trump's lawyers ahead of the hearings.

So it's not too surprising that Rep. Adam Schiff, the chair of the House Intelligence Committee, would want to pursue this avenue, as the Times reported. But it's likely that he won't get very far.

The Times reported that Trump's attorneys have balked at the requests for information, saying that it would violate attorney-client confidentiality. And as bad as some of the evidence looks for people like Giuliani, they're probably right.

That's why Mueller didn't go down this path; the report shows no indication that he considered charging Trump's lawyers with obstruction. And he says explicitly that the special counsel did not pursue all "witnesses and information — such as information known to attorneys or individuals claiming to be members of the media — in light of internal Department of Justice policies."

"There are real questions about whether Trump directed attorneys to engage in behavior w/ respect to Cohen & others that could be basis for additional obstruction charges," noted Lawfare Executive Editor Susan Hennessey. "Nearly impossible to answer without violating attorney-client privilege which is why Mueller didn't even try."

There is an exception in attorney-client privilege, if "legal advice has been obtained in furtherance of an illegal or fraudulent activity," which can allow investigators to obtain evidence of these private communications. But this is a difficult showing to make, and the witnesses and lawyers involved in the Mueller investigation were covered by joint-defense agreements, which extends privileged conversations to other parties. So unlike many of the people who have received requests and subpoenas Congress has sent while investigating Trump, the subjects of this inquiry have a strong legal defense on their side.