'Treat her equally': Ocasio-Cortez slams the NYT for treating Hicks' decision whether to comply with congressional subpoena as 'as some Lifetime drama called Hope’s Choice' 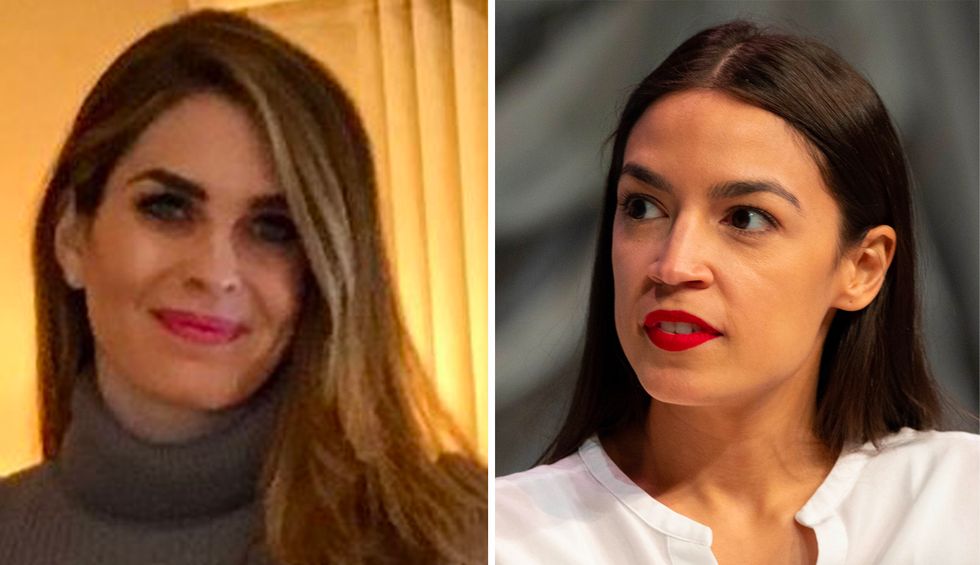 Rep. Alexandria Ocasio-Cortez (D-NY) on Sunday joined criticism of the New York Times for publishing an article about former White House Communications Director Hope Hicks that frames her decision whether or net to comply with a congressional subpoena “as some Lifetime drama called ‘Hope’s Choice.’”

Ocasio-Cortez’s statement follows similar outrage from critics of the Trump administration who accused the Times of whitewashing Hicks’ role in the White House, as well as her reported refusal to comply with a lawful congressional subpoena.

"Yup. Where’s the 'no angel' take now?" asked Ocasio-Cortez. "In the immediate aftermath of shootings, media routinely post menacing photos of people-of-color victims [and] dredge up any questionable thing they’d ever done. But when Hope Hicks considers not complying w a subpoena, it’s glamour shot time."

“This is a [former] admin official considering participating in a coverup led by the President,” Ocasio-Cortez tweeted. “Treat her equally.”