Time's up: House Judiciary Committee will vote on whether to hold AG Barr in contempt for failing to submit unredacted Mueller report 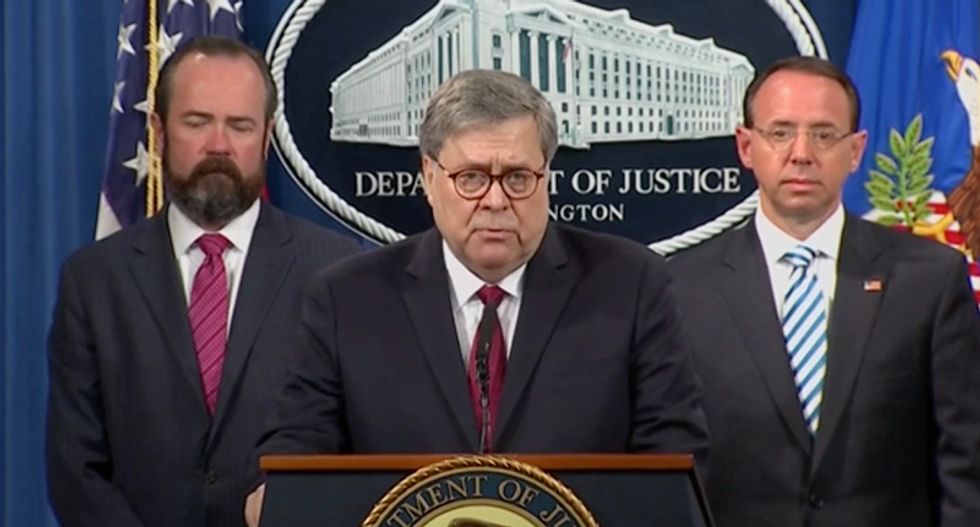 Image via Screengrab.
Joan McCarter
and
Daily Kos
May 06, 2019

Last week, Democrats on the House Judiciary Committee were full of threats over the consequences to Attorney General William Barr if he failed to meet the deadline they set for the full, unredacted Mueller report. That deadline has now come, and gone.

Judiciary members decided last Wednesday that if Barr skipped Thursday's hearing (he did) and did not comply with the subpoena for the report, due Monday morning at 9 AM ET, they would "likely" hold him in contempt. They are reportedly "prepared to begin contempt proceedings" after Barr missed the initial deadline last week. In letter to Barr last week, Chairman Gerald Nadler wrote "the committee will move to contempt proceedings and seek further legal recourse."

Will they give him another chance before beginning contempt proceedings? There's a hint that it's at least come up. Democratic Rep. David Cicilline, a committee member, told Fox News Sunday that "If Mr. Barr agrees to turn over what we’ve requested in a reasonable way, no one on the committee is interested in moving forward." With Trump now declaring he doesn't want Mueller to testify, Barr's compliance seems unlikely.