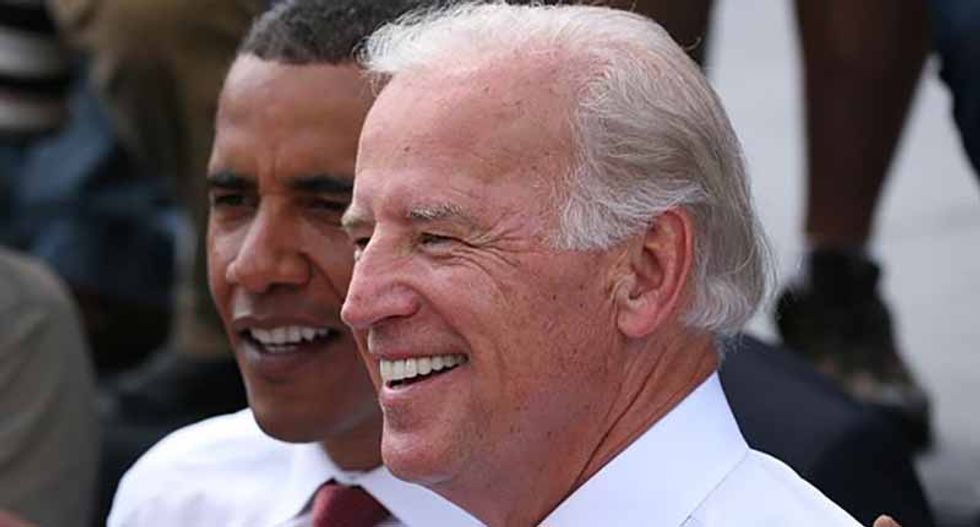 If you were to create a Top Ten list of the biggest journalism sins of the 2016 campaign, The New York Times' alliance with the partisan Republican Clinton Cash author who pushed the fake Uranium One story would surely be lodged near the top of that inventory of failures. The Times spent the 2016 election season buddying up to a Breitbart-friendly writer, Peter Schweizer, who concocted a wild tale about how Clinton, as secretary of state, sold America's uranium supply to the highest bidder. (She did not.)

Recently, the Times was back at it, pushing the same author's conspiratorial work, this time targeting Democratic front runner Joe Biden. Once again, the results were embarrassing and were quickly debunked. The Times newsroom appears to have learned nothing from its 2016 failures.

The somewhat convoluted background to the attempted Biden gotcha story goes like this: Biden's son Hunter engaged in lucrative business activities during the Obama administration, including his work on the board of a natural gas energy company, Burisma Holdings, owned by Mykola Zlochevsky. In 2016, then-Vice President Biden, on behalf of the administration, threatened to withhold $1 billion in aid to Ukraine if the country did not crack down on corruption, including firing the country's top prosecutor. The gotcha claim is that the Biden threat came at the same time the prosecutor, Viktor Shokin, was digging up dirt on Burisma Holdings, where Biden's son served on the board.

Schweizer has been peddling this narrative all year. And which major news outlet stepped forward to broadcast the bogus smear campaign against Biden with a front-page piece that hinted at illegal behavior and expensive pay-offs? The New York Times, which also noted that Trump's personal attorney Rudy Giuliani has been working hard to gin up the supposed Biden conflict-of-interest scandal by speaking to the Ukraine's new prosecutor and keeping Trump updated on the story. (Both Giuliani and Trump are suggesting the Department of Justice look into the matter.)

On Tuesday though, a Bloomberg report that included more details about the Ukrainian timeline appeared to demolish the smear campaign, noting that the supposed investigation into the Hunter Biden-affiliated company had been shelved in 2014, two years before Joe Biden became involved. "It undercuts the idea that Biden, now a top Democratic presidential candidate, was seeking to sideline a prosecutor who was actively threatening a company tied to his son," Bloomberg noted. "Instead, it appears more consistent with Biden’s previous statements that he was pressing for the removal of a prosecutor who was failing to tackle rampant corruption."

The Bloomberg article also contains an on-the-record denial that the current Ukrainian prosecutor general has reopened the case into Burisma or Zlochevsky, which served as a lynchpin for the Times' Biden expose. (A spokesperson for the paper told Bloomberg it stood by its original Biden report.)

"The Times’ hand-in-glove arrangement with [Steven] Bannon's “Clinton Cash” project was one of the major press fiascoes of the 2016 cycle," former Clinton campaign spokesman Brian Fallon told Politico last week. "It is mind-blowing and journalistically reckless that the Times is going down this road again. The Times is making itself an accomplice to a scheme whereby Trump likely intends to put his potential Democratic opponent under federal investigation for partisan reasons.”

Schweizer said he did not speak to the Times about the Biden story, but that's not really the point. The point is that the Times, having already promoted Schweizer’s reckless and dishonest work in 2016, was back pushing the same anti-Democratic stories that the author has been hyping within the conservative ecosystem in recent months. And of course, the right-wing propagandist couldn't have been happier with the Times' spotlight on Biden, courtesy of a hollow GOP attack. "The Times’ coverage is likely to make this topic a centerpoint of the 2020 campaign," Schweizer told Politico.

Also thrilled were right-wing media, which feasted on the Times' handiwork and presented it as confirmation that Biden is corrupt. “NYT Confirms Hunter Biden Was Paid by Ukrainians While Father Was VP," blared a Breitbart headline, while Schweizer was quickly ushered onto Fox News to hype the Times report and spread more bogus claims about Biden.

All of this circles back to the Times' Clinton Cash fiasco, in which the country's most prestigious newspaper got into bed with a right-wing author who was peddling a patently dishonest book. Recall, it was the Times that trumpeted Clinton Cash as the "the most anticipated and feared book" of the 2016 campaign season. And it was the Times that forged an exclusive alliance with the Breitbart-backed book (published by a Rupert Murdoch-owned subsidiary), and used the factually erroneous tome as a guidepost for Hillary Clinton gotcha articles.

And make no mistake Clinton Cash was riddled with errors, as lots of outlets detailed. From ABC News: " An independent review of source material by ABC News uncovered errors in the book, including an instance where paid and unpaid speaking appearances were conflated." From FactCheck.org: "The author of "Clinton Cash" falsely claimed Hillary Clinton as Secretary of State had "veto power" and "could have stopped" Russia from buying a company with extensive uranium mining operations in the U.S. In fact, only the president has such power." Meanwhile, Time noted that a central Clinton Cashclaim was "based on little evidence," and even Fox News' Chris Wallace told Schweizer he didn't "have a single piece of evidence" to support his claim about Hillary Clinton changing U.S. policy based on donations to the Clinton Foundation.

Despite all of that fact-checking and public debunking during the 2016 campaign, the Times couldn't find the time or space to inform its readers that the GOP book the paper wildly hyped turned out to be a dishonest, partisan hit job. Now here we are in 2019, and the Times is doing Schweizer’s deceitful bidding once again.