The ever-resilient GOP: Here’s why history shows that Trump could win in 2020—scandals, problems and all 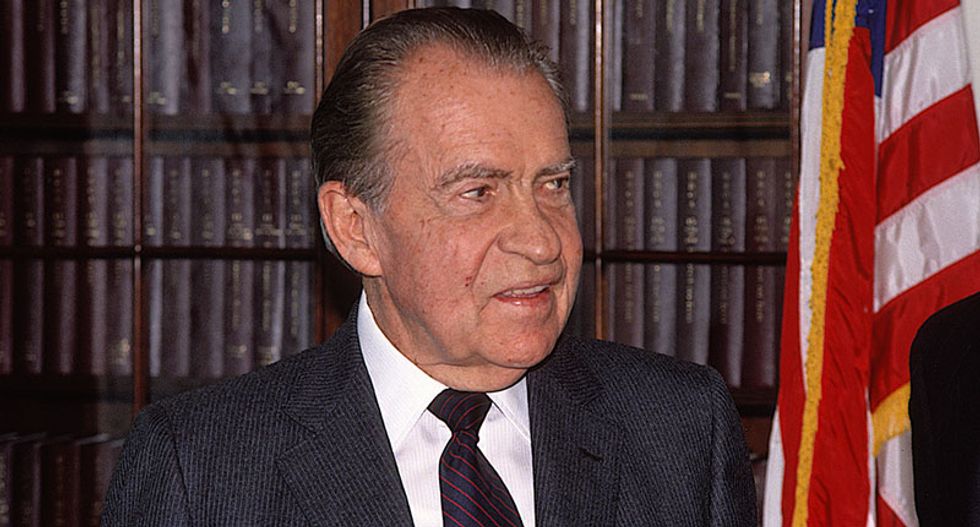 On Friday morning, CNN released some polls on hypothetical 2020 matchups between President Donald Trump and various Democratic primary contenders. CNN found Trump losing by 6% to former Vice President Joe Biden or Sen. Bernie Sanders, 3% to South Bend Mayor Pete Buttigieg, 4% to Sen. Kamala Harris or 10% to former Texas Rep. Beto O’Rourke. But the devil is always in the details when it comes to elections and polls. Even the most scientific polls have a margin of error, and voters can change their minds. Trump’s approval rating in early April, according to Gallup, was only 45%, but so was President Ronald Reagan’s in 1983—and Reagan was reelected by a landslide in 1984.

Despite the 2018 blue wave (which found Democrats enjoying a net gain of 40 seats in the House of Representatives) and Democrats looking fairly good in some recent presidential polls, the last thing the Democratic Party should do is underestimate Trump’s chances of being reelected in 2020. The GOP has shown itself not only to be extremely disciplined as a party, but also, highly resilient. A party that has survived everything from Watergate to Iran/Contra to Herbert Hoover’s presidency and the Great Depression should never be underestimated.

Here are some of the Republican Party’s most embarrassing moments, all of which it bounced back from and should serve as reminders to Democrats going into 2020 that even when Republicans are down, they should never be counted out.

After the Great Depression started in 1929—resulting in record unemployment and homelessness—President Herbert Hoover suffered a landslide defeat when he was unseated by Democrat Franklin Delano Roosevelt in 1932. The term “Hooverville” became synonymous with homelessness, and FDR’s New Deal brought an abundance of liberal policies, reforms and programs (from the establishment of Social Security to the United States’ first national minimum wage to strict banking regulations). But the notion that Hoover had damaged the GOP brand so badly that the U.S. would never elect a Republican president again proved untrue when Dwight D. Eisenhower was elected in 1952 and reelected in 1956.

The ability of Democrats to play political hardball was evident when, in 1964, the infamous “daisy ad” was used to defeat Republican presidential nominee Barry Goldwater. The ad, which painted Goldwater as an extremist who would get the U.S. into a nuclear war, was sleazy but effective: President Lyndon B. Johnson defeated Goldwater by a landslide, inspiring some pundits to claim that Republicans needed to avoid hardcore conservatives if they  wanted to recapture the White House. But President Richard Nixon, considered an arch-conservative in his day, was victorious in both 1968 and 1972 (when he crushed Democrat George McGovern in the electoral college). Goldwater’s defeat was a setback for the GOP, but it was hardly a death blow.

The Watergate scandal was a major embarrassment for the Republican Party. After President Nixon resigned in disgrace in August 1974, Democrats enjoyed a blue wave in the November 1974 midterms and saw Jimmy Carter defeat President Gerald Ford in 1976’s presidential race. But any fantasies about a “permanent Democratic majority” were crushed in 1980, when Ronald Reagan was elected president and pushed the U.S. in a decidedly right-wing direction. Claims that Reagan was too conservative to defeat Carter or that Watergate had caused irreparable damage to the GOP proved untrue: Reagan won 489 electoral votes in 1980.

The Iran/Contra scandal of the mid-1980s came about after senior Reagan Administration officials secretly sold arms to Iran’s Islamist government in order to fund the Contra rebels who were trying to overthrow the leftist Sandinista government of Nicaragua. Pundits predicted that Iran/Contra would be the downfall of Reaganism, but in 1988’s presidential election, Republican George H.W. Bush (vice president under Reagan) handily defeated the Democratic nominee: former Massachusetts Gov. Michael Dukakis. Like the Great Depression and Watergate before it, Iran/Contra was hardly the fatal blow for the GOP that Democratic strategists were hoping it would be.

5. The Iraq War and the Great Recession

The Iraq War and the overthrow of dictator Saddam Hussein, aggressively promoted by the George W. Bush Administration in 2003, proved disastrous. Critics of the invasion argued that as brutal a dictator as Hussein was, at least he kept Iraq stable—and they were right. Iraq went from stability (albeit under a repressive fascist dictatorship) to chaos. And Republicans paid a price politically when, in 2006, Democrats recaptured the House of Representatives and the Senate. Then, in November 2008—when the Great Recession was proving to be the United States’ worst economic crisis since the Great Depression—Barack Obama was elected president, giving Democrats control of both the executive and legislative branches of the government. In some Gallup polls of 2008, Bush’s approval rating sunk as low as 25%. But the GOP again showed its resilience, winning back the House in 2010, the Senate in 2012 and the presidency in 2016.