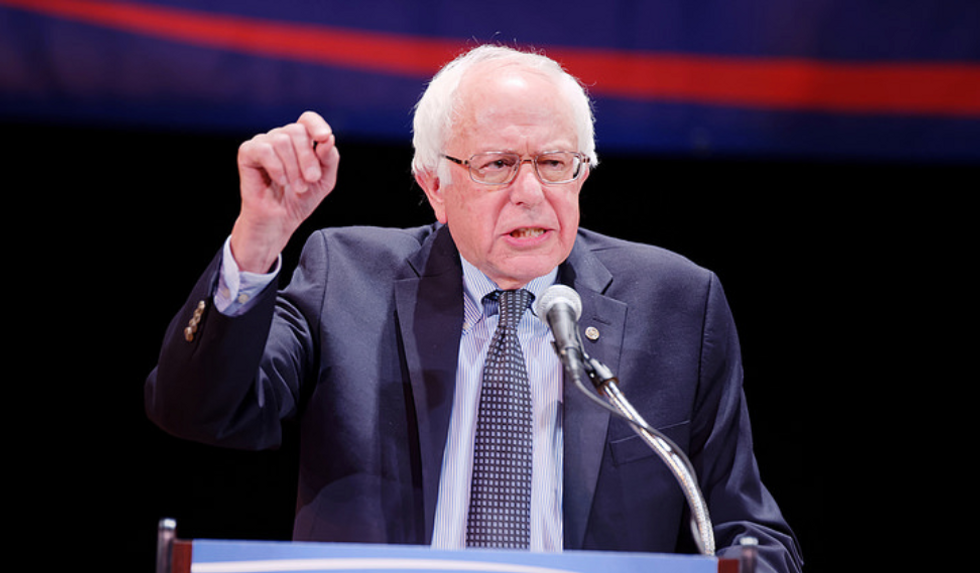 Without mentioning Joe Biden by name, Sen. Bernie Sanders on Friday slammed the centrist climate policy reportedly being crafted by the former vice president's 2020 campaign as a dangerously inadequate approach that would "doom future generations."

"There is no 'middle ground' when it comes to climate policy," the Vermont senator tweeted, quoting from a Reutersreport on Biden's efforts to develop a climate plan that would leave the door open to so-called "fossil fuel options."

"If we don't commit to fully transforming our energy system away from fossil fuels, we will doom future generations," wrote Sanders, who is also a 2020 Democratic presidential candidate. "Fighting climate change must be our priority, whether fossil fuel billionaires like it or not."

As Common Dreamsreported in April, Sanders won praise from environmental groups after he unveiled a sweeping climate agenda calling for a Green New Deal, an end to oil exports, a complete ban on fracking, and a moratorium on all new fossil fuel infrastructure projects.

Environmentalists were not pleased with reports of Biden's middle-of-the-road approach to confronting the climate crisis, which has pushed a million species to the brink of extinction and threatens the future of human civilization.

Echoing Sanders and the chorus of green groups voicing their concerns, Greenpeace USA climate campaigner Charlie Jiang said in a statement, "There is no such thing as a middle ground on climate change."

"We either doom millions of people to climate catastrophe or we don't," said Jiang.

Author and climate activist Naomi Klein also weighed in, tweeting, "there is bold, transformative action or there is sinking ground, burning ground, and churning ground."

Climate scientists joined environmentalists in criticizing what is known of Biden's draft plan—which will reportedly center around re-joining the Paris Climate Agreement—as insufficient to the task of dramatically curbing carbon emissions, as the scientific evidence says is necessary to avert planetary disaster.

"The greatest fault in his proposal is the suggestion that natural gas can be part of the solution," Michael Mann, head of the Earth System Science Center at Pennsylvania State University, toldHuffPost. "The solution to a problem created by burning fossil fuels cannot be the burning of fossil fuels."