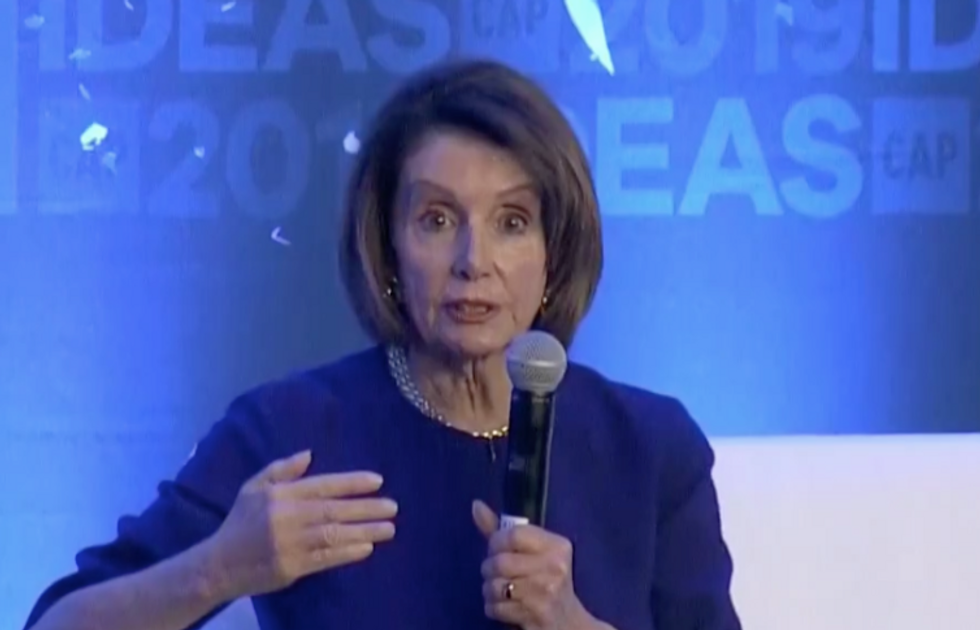 Right-wing groups are circulating deceiving videos of House Speaker Nancy Pelosi’s remarks Wednesday at a Center for American Progress event. In the video, posted to Facebook, YouTube, and Twitter accounts, Pelosi’s speech has been subtly slurred, suggesting she’s drunk, by slowing down the video to about 75% of its actual speed, according to The Washington Post.

As with all things on social media, the bogus video is ripping through at lightning speed. A version posted by the right-wing Facebook page Politics WatchDog has already been viewed more than 1.6 million times. Thanks, Facebook. (By the way, be careful out there—so much misinformation.)

This is clearly intended to be a knock on Pelosi’s competence and credibility. She keeps besting Trump, and since Trump can’t beat her without getting outside help, right-wing forces are swooping in to provide a meme about Pelosi that can run wild on social media. Remember when the National Enquirer continually fanned the conspiracy theory that Hillary Clinton was sickly? This is most likely the beginning of a conspiracy theory that Pelosi drinks. It’s interesting that they’re using slurred speech to go after her when Trump is constantly slurring his words, likely due to some form of mental deterioration.

If you want to see the real Pelosi at the real speed, below is at least part of the section of that bogus video delivered in real time by CNN. Not drunk—very very very sober in the midst of Trump’s wild emotional outbursts.

You can listen to all of Pelosi’s comments at the event below, courtesy of C-SPAN. Also, you can click here and go to the C-SPAN site, where the comments in question start at about 6:00 minutes in. Compare that to the bogus video at the link above: It’s remarkably different.