Philadelphia’s maverick prosecutor takes aim at the war on drugs 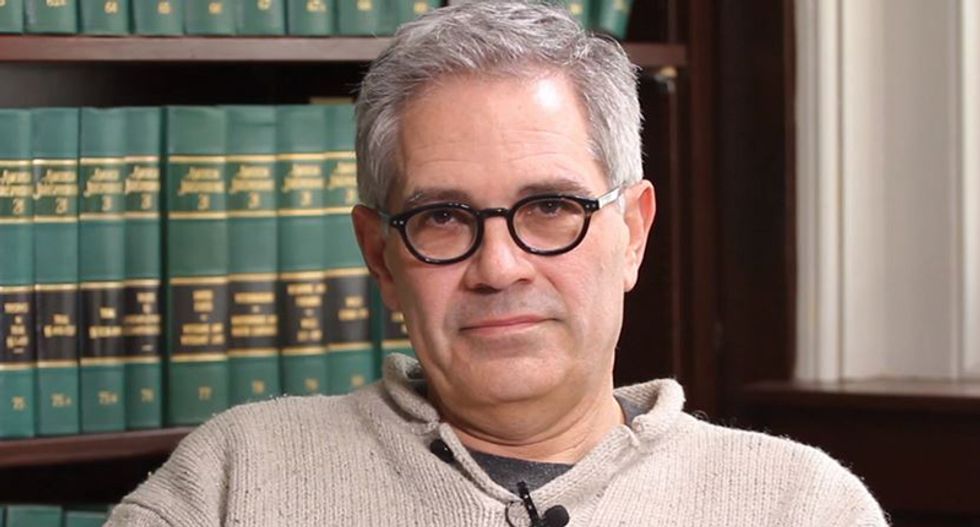 Philadelphia District Attorney Larry Krasner made waves last week by reportedly saying he is “very close” to implementing a policy that would decriminalize the possession of all drugs, but that was just the latest salvo in the former criminal defense and civil rights lawyer’s war on the war on drugs.

Since taking office in January 2018, Krasner has made a number of policy moves that are helping to cement his reputation as one of the country’s most radical prosecutors, and he’s doing it in one of America’s largest cities. His progressive approach didn’t come out of nowhere, though.

Krasner’s decades of experience in the defense bar—as opposed to rising through the ranks of prosecutors—have provided him with a unique perspective on the social and racial impacts of the drug war, one deeply at odds with the law-and-order views of most DAs. For 30 years, Krasner represented the poor, the oppressed, and the brutalized, filing civil rights and police brutality lawsuits.

He often represented protesters and activists, including 400 people arrested at the 2000 Republican National Convention, AIDS activists, and members of the Black Lives Matter movement. He helped hundreds of people imprisoned on false charges by a notoriously corrupt drug squad. And he sued the Philadelphia police dozens of times in civil rights and police brutality cases. This is not the career path of your average DA.

In an early sign that a new era was at hand, one of Krasner’s first acts was to demand the resignations of 31 line prosecutors and supervisors he saw as obstructionist and to see them escorted from the building to ensure they didn’t take anything with them other than personal effects. Krasner said he made the quick move on the advice of Houston’s reformist DA, Kim Ogg, who told him that when she gave inherited personnel two weeks’ notice she would be asking for resignations, recalcitrant employees deleted massive amounts of emails, wiped hard drives, and took other steps to sabotage her efforts.

Critics called his move a purge, but for Krasner, it was a lesson learned: “We had some awareness from working as attorneys in this city—and interacting with people [in the office]—of who was really never going to get with this program,” he says. “I felt we couldn’t take the risk that there might be some effort at sabotage here.”

Krasner got national attention the following month when he issued a revolutionary memo on prosecuting policies, which the memo said were designed to “end mass incarceration and restore balance to sentencing.” The memo said prosecutors must decline certain charges, namely marijuana possession and prostitution. The ban on pot prosecutions held regardless of weight and included not charging for paraphernalia or for getting caught buying weed. The ban on prostitution prosecutions applied to anyone who had fewer than three previous prostitution convictions; those with three or more convictions could be charged and sent to a special problem-solving court set up to get prostitutes out of the life.

Philadelphia had already decriminalized small-time pot possession in 2014, but police continued to arrest people for larger amounts and under a rarely used state law making it a crime to purchase the drug. Krasner’s memo brought a further decline to already dramatically shrinking marijuana arrests numbers, mainly by ending the prosecutions for buying weed.

Arrests for that offense haven’t completely vanished as police continue to make them despite knowing they won’t be prosecuted, but 2018 saw a 30 percent decline in such busts. Still, racial disparities persist: 85 percent of all arrested pot buyers were black.

The memo more broadly called for plea bargains to have the lightest sentences possible under state guidelines and, most dramatically, mandated that prosecutors assess how much the defendant’s incarceration would cost and why it was worth spending public money on it.

He has worked assiduously to ensure that city residents who unlawfully had cash or property seized under a city asset forfeiture program deemed unconstitutional by the court are made whole. His office is administering a $3 million fund for victims of the city’s lawless practices, which saw thousands of people lose their homes, cars, cash, and other property to profit-driven policing and prosecutions.

“What happened was that there was a ‘keep what you kill’ approach,” Krasner said. “And all that it did was incentive prosecutors to always try to take grandma’s house, always try to take a working person’s car and often to do it simply because someone’s nephew did something illegal out of the basement[.] And the owner, who may have been at church, didn’t know.”

Most recently, a May 1 interview that Krasner did for Axios on HBO that will air next month was teased by Axios with the headline “Scoop: Philly prosecutor may stop charging drug users as criminals” and this lede: “Philadelphia District Attorney Larry Krasner, one of the most progressive district attorneys in the country, told ‘Axios on HBO’ that he is ‘very close’ to implementing a policy that would relax the penalties for drug possession laws.”

“One of the things we’re looking at is essentially diverting all possession of drugs cases,” he said in the interview.  “Possession is different than dealing. It’s different than carrying a bunch of drugs that you intend to sell or deliver later. … We are talking about people who are using drugs, the vast majority of them suffering from addiction. I do not see value in convicting people like that, thereby making it harder for them to get a job.”

The Axios interview garnered lots of attention, but Axios—and many of the outlets that ran with the story—oversold it as Krasner endorsing drug decriminalization. Even Krasner isn’t quite ready to go that far, although it’s an approach that has worked in Portugal for nearly 20 years.

Instead, Krasner spokesman Ben Waxman said late last week that Axios got the story wrong. Krasner was talking diversion, not decriminalization, Waxman said. Diversion means people charged with drug possession could enter a treatment program and, if they successfully completed it, end up with no prison time and no criminal record. Decriminalization means they wouldn’t be arrested and charged in the first place.

“The Axios piece really conflated a bunch of different stuff,” Waxman said. “I don’t think they understood the difference between diversion and decriminalization.”

Axios is sticking to its guns, though. “Axios went to extraordinary lengths to clarify the specifics of this story with Krasner’s team, as well as other experts, to ensure the article’s accuracy given the complexity and nuances of the topic,” a spokesperson wrote in a statement. “This interview was recorded on video. We stand by our reporting.”

Meanwhile, drug diversion is already going on in Philadelphia—last year almost half of the 5,458 arrests for drug possession ending up in already existing diversions programs—so Krasner was actually talking about expanding existing programs. That’s a good thing, but not nearly as sexy or sensational as drug decriminalization.

Still, Larry Krasner has been a model of what a progressive prosecutor can do, and he’s got time to do more. But maybe he should take a couple of weeks off and visit Portugal.