'Only the lord God almighty is in control': Texas lawmaker calls vaccines 'sorcery' in attack on renowned pediatrician 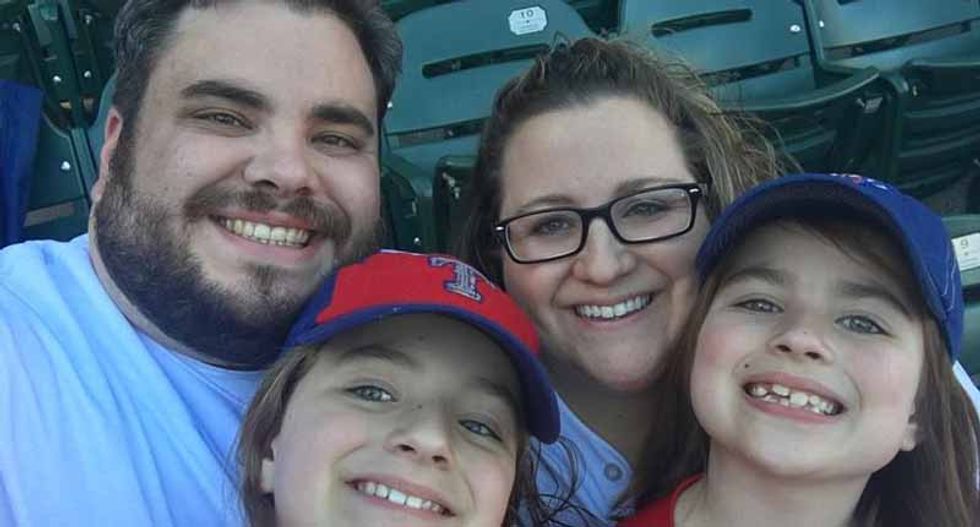 An anti-vaccine Texas Republican state lawmaker attacked a distinguished medical doctor, the dean and chief of pediatric medicine at Baylor College of Medicine National School of Tropical Medicine, over vaccines this week.

State Rep. Jonathan Stickland (photo) made a wide variety of remarks on Twitter, at one point telling Dr. Peter Hotez, the noted global health and vaccinology expert, to "mind your own business" as he exploded into his anti-vaxx rant, which The Houston Chronicle reported.

Stickland, who describes himself on Facebook as a "Conservative Christian Republican," also insisted that vaccines are "sorcery," and "only The Lord God Almighty is in control."

Dr. Hotez had posted a graphic to Twitter, warning of the explosive growth of vaccine exemptions, and expressing concern that children in Texas "have been placed in harm's way for the financial gain of special & outside interest groups."

Rep. Stickland lashed out, attacking Dr. Hotez as "bought and paid for by the biggest special interest in politics," and claiming that parental rights are more important than "science," which he put in scare-quotes.

@PeterHotez @TexasDSHS You are bought and paid for by the biggest special interest in politics. Do our state a favo… https://t.co/qTDQIi85ds
— Jonathan Stickland (@Jonathan Stickland) 1557244342.0

"I don't take a dime from the vaccine industry," Dr. Hotez responded. "I develop neglected disease vaccines for the world's poorest people. And as a Texas pediatrician-scientist it is most certainly my business."

@PeterHotez Make the case for your sorcery to consumers on your own dime. Like every other business. Quit using the… https://t.co/2gJdWhyRet
— Jonathan Stickland (@Jonathan Stickland) 1557253946.0

Rep. Stickland, who has a disturbing history of comments about marital rape and holds anti-LGBT positions, then attacked the Twitter account of a woman-owned microbiology business that reminded him that science "saved your ungrateful life more than once."

He called on them to "repent" and claimed saving lives is "something only The Lord God Almighty is in control of."

Stickland also attacked an expert cancer surgeon and professor who challenged him, calling the physician a "communist."

@gorskon I will fight-with everything in me-against the big government you desire. One where you can force me to do… https://t.co/hdoU5kumyB
— Jonathan Stickland (@Jonathan Stickland) 1557258130.0

On his campaign website, Rep. Stickland makes clear he is opposed to same-sex marriage: "I believe marriage is between a man, a woman, and God," he says. He also brags about authoring a bill "that would have forbidden state or local governments from using public funds to issue same-sex marriage licenses."

Rep. Stickland's remarks before he was first elected to the Texas State House have also caused outrage.

A Texas Tribune article reports that in 2008, "on a fantasy sports message board, Stickland responded to a user's request for sex advice by saying, 'Rape is non existent in marriage, take what you want my friend!'"

Stickland later apologized, only after The Texas Observer first published his remarks which the paper called "rape encouragement."